The Panasonic FZ2000 for the advanced amateur/prosumer is not a compact camera, until you compare it with an SLR (or hefty system) camera with a bag full of lenses to cover the range of the 20x zoom. 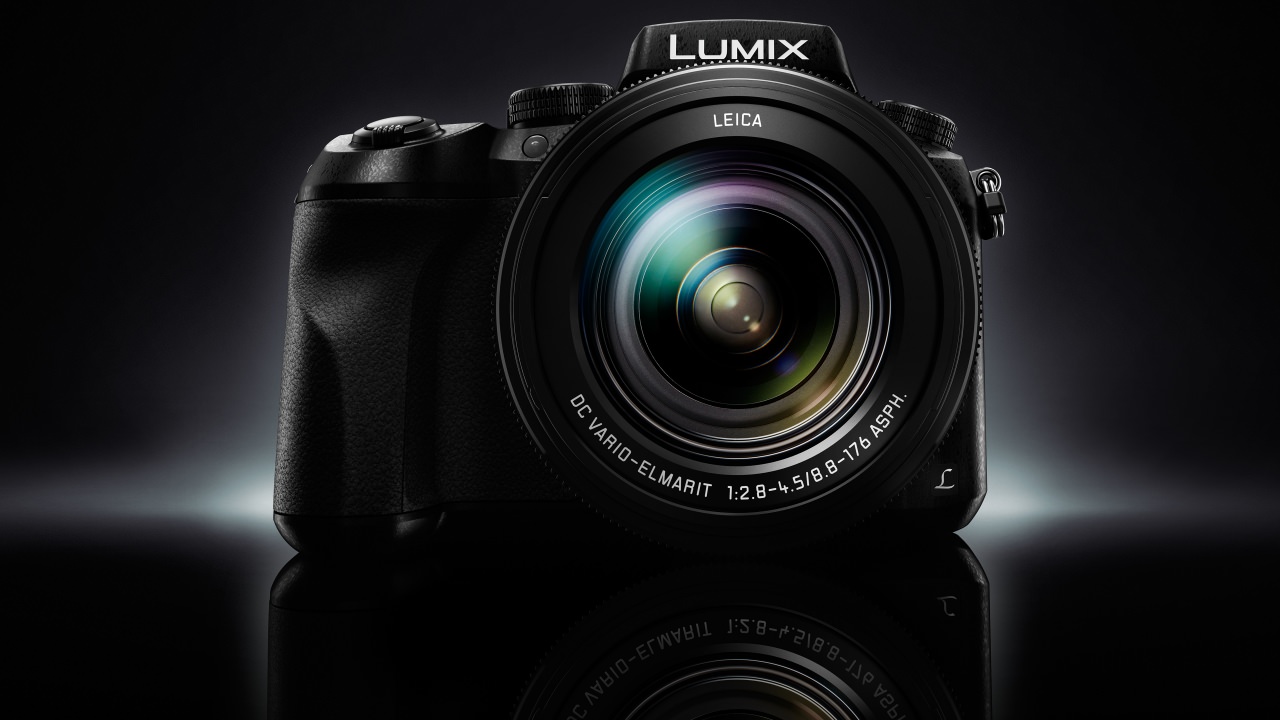 Panasonic has previously referred to their line of fixed-lens cameras as “compact cameras.” At first glance (and several glances later), the Panasonic LUMIX DMC-FZ2000 is not a compact camera. Weighing in at 966g (2.13lb) and measuring 137 x 135 x 102mm (5.4” x 5.3”x 4”) with the lens retracted, this is a big boy, resembling an SLR camera. However, with a 24-480mm lens (in 35mm equivalent, which is how Panasonic marks their lenses), this camera for the advanced amateur/prosumer goes toe to toe with hefty photo/video cameras accompanied by bags full of lenses. 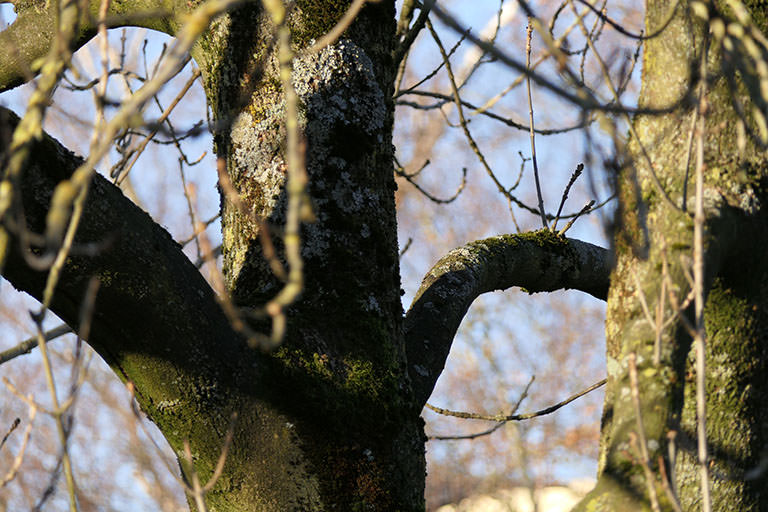 Panasonic’s description of the DMC-FZ2000 (sold in some other markets as the FZ2500) at its introduction in September 2016 was as Panasonic’s “flagship hybrid bridge camera.” A “bridge” camera is one that falls in between SLR cameras and ordinary compact (snapshot) cameras, generally in terms of both features and size. The “hybrid” part refers to the lens design, the LEICA DC VARIO-ELMARIT photo/video hybrid lens. I’ll come back to the lens later, but suffice it to say the 20x optical zoom lens boasts features typically found on video cameras.

The Panasonic DMC-FZ2000 is the successor (but not exactly intended as a replacement) to the Lumix DMC-FZ1000, which was released in 2014. There have been significant changes since the FZ1000.

Sony’s stacked sensor is a further development of backlit sensors, with the supporting circuitry also moved around to the other side of the sensor. Sony’s stacked sensor should beat Panasonic’s backlit sensor (probably also delivered by Sony) in resolution and noise-to-signal ratio, but whether such differences will actually be visible in practice is highly doubtful, except perhaps under the most extreme conditions.
The biggest difference (beyond the zoom range) between these two cameras is the price: the Sony RX10 III costs roughly 150% of the price of the Panasonic FZ2000: shop price around 1900 euros for the Sony Cybershot DSC-RX10 III versus 1250 euros for the Panasonic DMC-FZ2000. That difference to a great extent reflects the difference between the price of a 480mm lens and a 600mm lens. 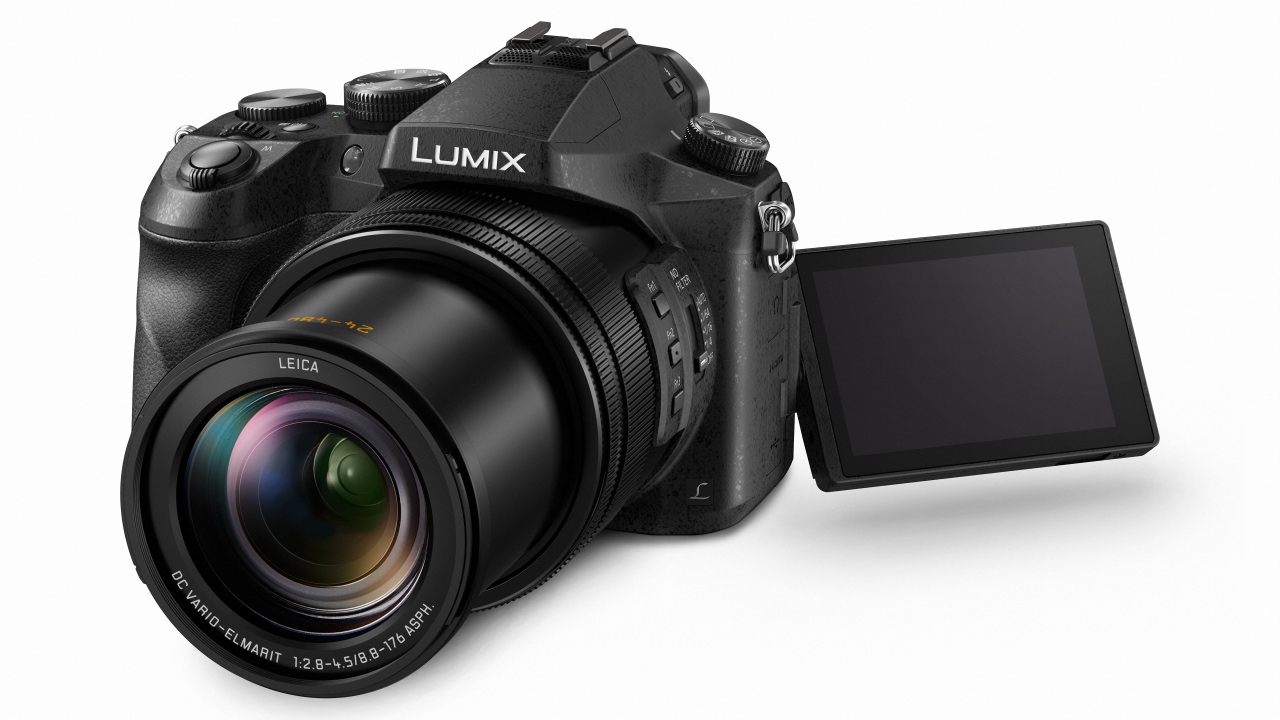 As we are accustomed to with modern Panasonic cameras, the FZ2000 is solidly built of high-quality materials. The lens on this camera offers two advantages with respect to build quality: it is fixed, and it focuses internally. Because the lens is fixed, the attachment between the lens and camera is particularly secure. It is less likely to have and less likely to develop play in the attachment, which definitely benefits the picture quality in the long run. Although the lens extends when the camera is activated, it immediately extends to its full length and stays there. It does not pump in and out to zoom. That means a great deal less air getting sucked into the lens each time it extends, which over time should significantly reduce the dust that makes its way onto the sensor, and that ought to extend the usable life of this camera.
The buttons are intuitive and well-placed, with Panasonic’s familiar 5-way button and six function buttons spread around the camera (2 on the back, 1 on top, 3 on the lens), as well as virtual buttons that show up on the touchscreen. The function buttons on the lens will come in handy for videographers, allowing quick changes between zoom speeds while shooting. In line with Panasonic’s philosophy on fixed-lens cameras, the camera is able to do just about everything on its own, but the multitude of buttons means that you can also control essentially every feature at the touch of a button.
There is a built-in flash, which is adjustable with six flash modes, as well as a hotshoe, which allows the use of an LED light for video or attachment to external video aids, like a magnified external screen. The memory card is not next to the battery, but behind a port on the side of the camera. That will allow the memory card to be switched out without taking the camera off of a tripod. You’re likely to run out of battery before memory card, though, if you invest in a good card, since the battery is (only) good for around 350 shots.
The lens design on this camera is fairly complex, with 16 elements in 11 groups, 4 ED (extra-low dispersion) glass elements, 1 UHR (ultra-high refraction) glass element, and a full five (count them, 5) aspherical elements, with three of those having two aspherical surfaces.

A mature camera, the FZ2000 features a 3” “free-angle” screen on the back of the camera with anti-fingerprint coating, a 100% field of view and 1040 dots. The screen is also adjustable in brightness, contrast, and color balance. The great part is that free angle thing, though, which means that the screen freely tilts and turns. A bonus in that regard is that the screen can easily be turned to face the camera during transport, helping to prevent scratches on the screen.
The viewfinder likewise has a field of view of approximately 100%, and 0.74x magnification, as well as an eye sensor to shut down the touchscreen when the camera moves close to your face, so that you don’t accidentally change something with your nose. 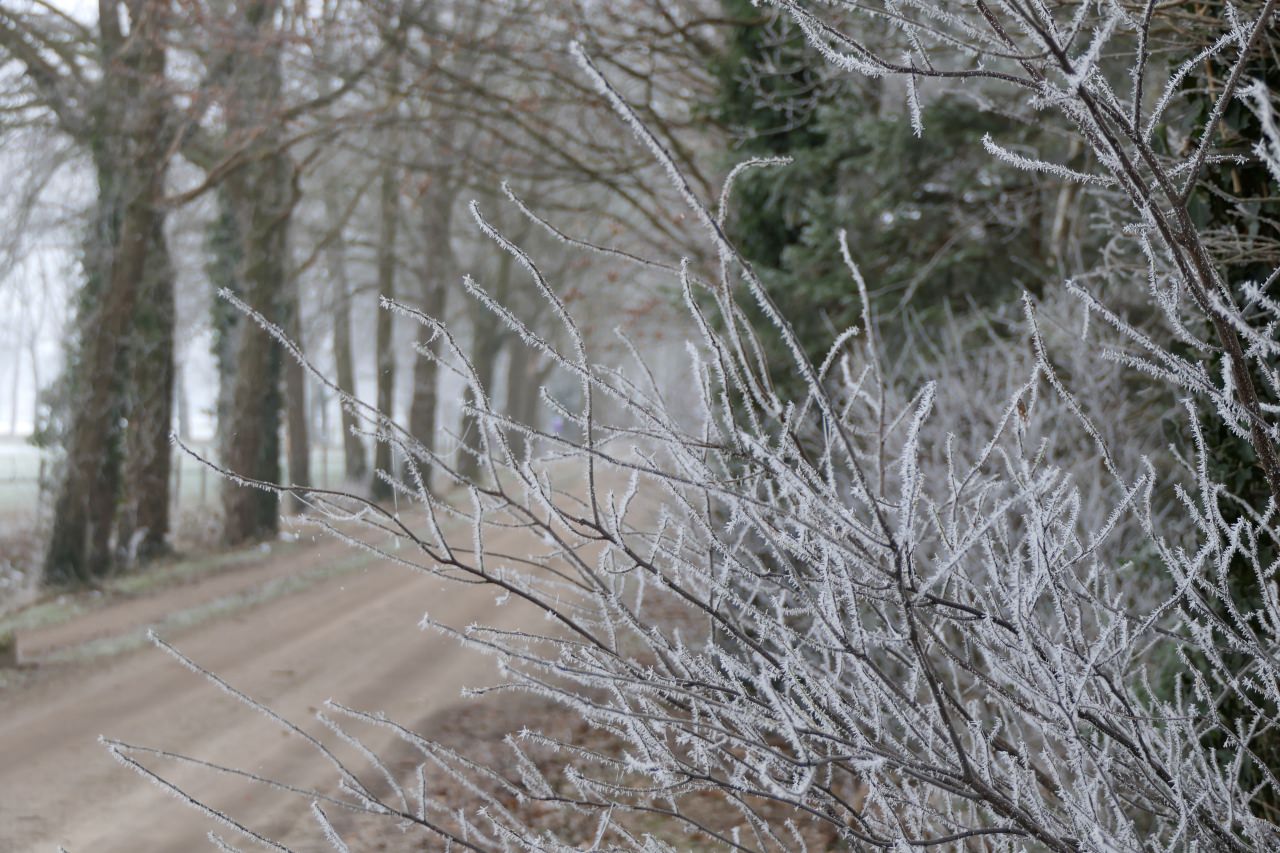 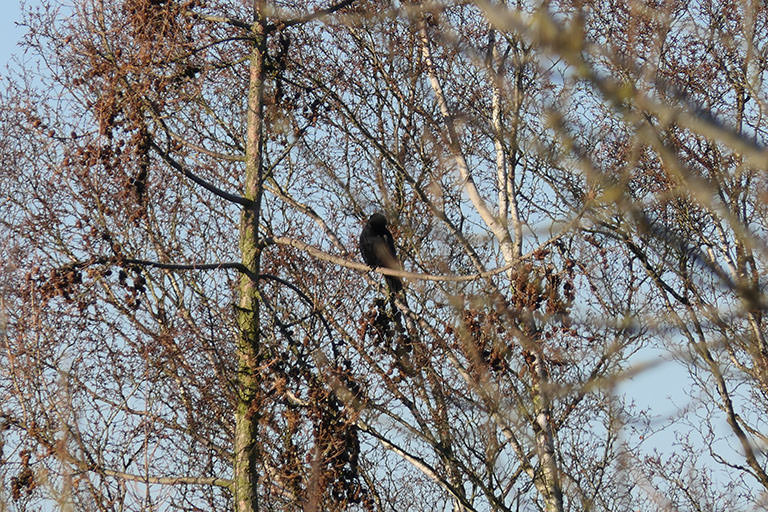 Too bright for the right shot? The lens on this camera has three ND (neutral density) filters built in. You can use none of them, 1, 2, or 3 of them, or let the camera choose with a sliding switch on the lens. Each one of the three filters neutrally blocks two stops of light. Why would you want to do that? In bright conditions, a wide aperture for the sake of limited depth of field (to isolate the subject from the background) can result in over-exposure of your shot. Likewise, a longer shutter time used for creative reasons cannot always tolerate the amount of environmental light. ND filters help you compensate so that your creative shots are not over-exposed.

The FZ2000 also accepts external filters, with 67mm threads on the front of the lens.

There are a number of things about the auto focus on the FZ2000 that are impressive. 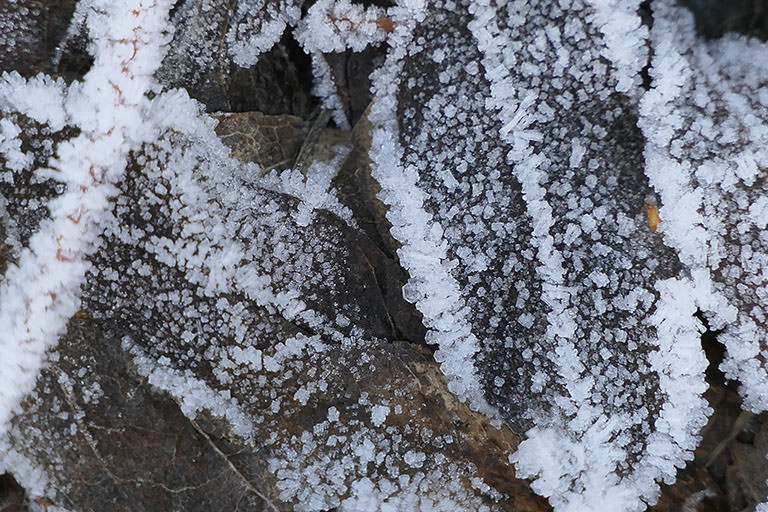 The minimum focal distance on this camera varies from 30cm in wide to 100cm in telephoto, and the camera warns you with a red flashing label on the viewfinder if you try to focus closer than that. In practice, it seems to do slightly better. The photo above of the ice crystals on leaves was taken with the camera in telephoto mode, pointing down. I was outside on a sunny day, but in the shade. To see how the camera would respond, I started trying to get this shot with the camera no more than 10cm above the ground, and then moved it up (further back from the subject) until the camera agreed to focus. The camera produced this shot with the body about 90cm from the leaves.
What completely blew me away about the auto focus on the Panasonic FZ2000 is the auto-intelligent mode. The photo shown further up of the crow in a tree was taken with the auto-intelligent auto focus mode on. In this mode, the camera analyzes what you are taking a picture of and chooses both the camera settings and focuses accordingly. For the picture of the crow, the camera describes this shot as “landscape mode (for landscape photos where the background is the focus)”. That is, there are two layers of branches between the camera and the bird, some close to the camera and more just in front of the bird. The camera picked out the bird, ignored the branches, and focused accordingly. On its own. Without input from me (beyond centering the bird in the shot and zooming to telephoto). Color me impressed. 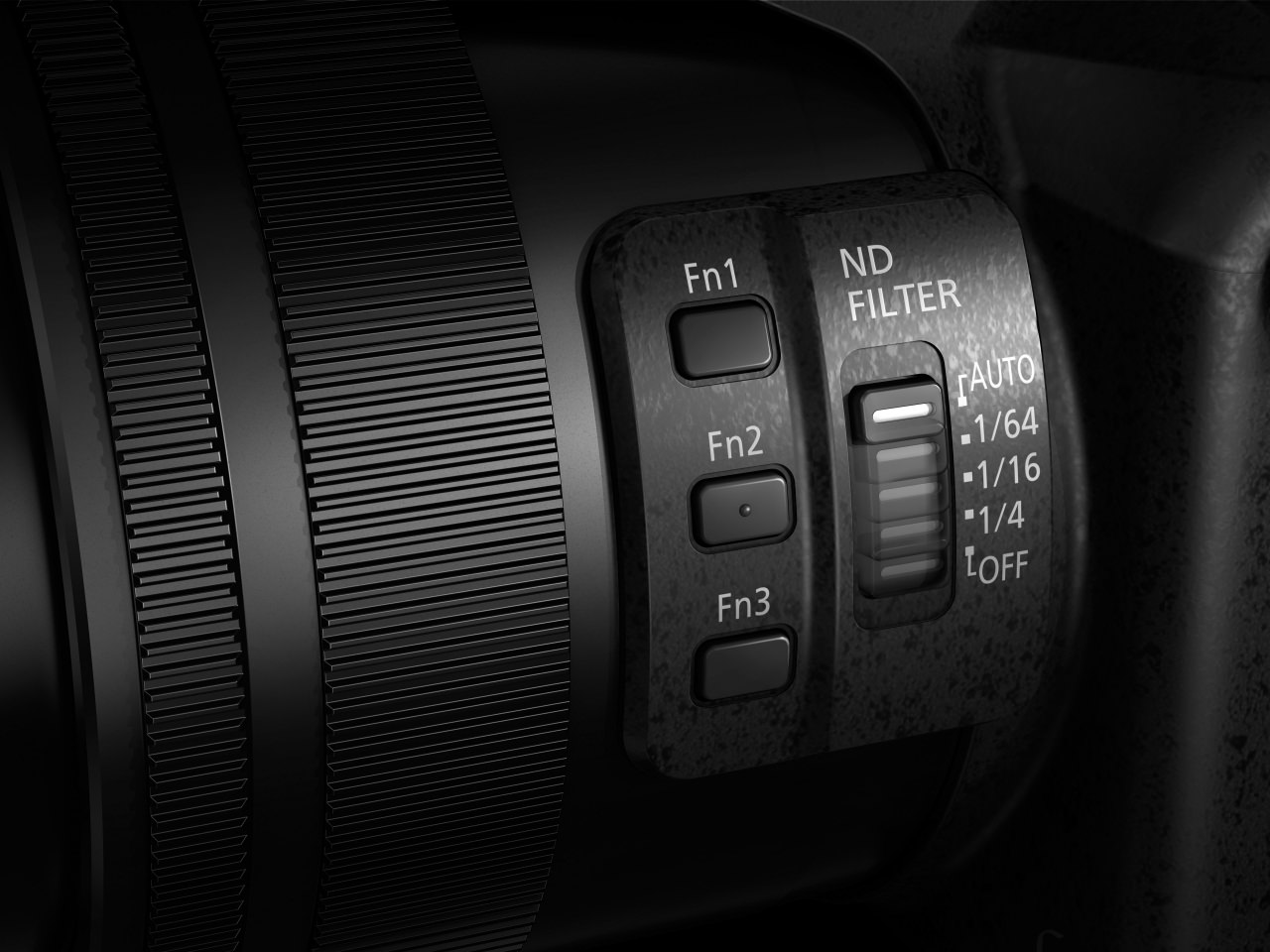 CameraStuffReview usually does not devote a great deal of attention to video, but this is a full-fledged video camera. The video (link below) from Panasonic illustrates the video capabilities of this camera as compared with the FZ1000, including the smooth action of the 5-speed selectable zoom. This is a great help for controlling the smoothness of the shot when creating video.

Unlike a typical photo camera that also does video, the FZ2000 acts like a video camera when you record: there is no maximum recording length, and no interruption of the video after 30 minutes. That works in 4K at 24 or up to 30 fps, depending on the mode you use. You can use the HDMI to output to an external recorder; otherwise, the video will continue until the memory card is full. Panasonic expects that the battery will last for a bit over or under an hour recording video, depending on the mode.
V-Log (log video recording) improves the dynamic range in video, improves color reproduction, and makes video look more realistic to the human eye. This is not a standard feature that comes with the FZ2000, but you can install it for less than 100 euros.
Handy video features like stereo headphones and a mic input are built in, and the peaking and zebra focus features work with video. A galvanometer is built in to control the aperture, a feature that has previously shown up on Panasonic HD video cameras. Its function is to prevent sharp jumps in brightness in video if there is a change in the lighting.
The 5-axis OIS does not work with 4K video, but it will work with other modes like HD video. 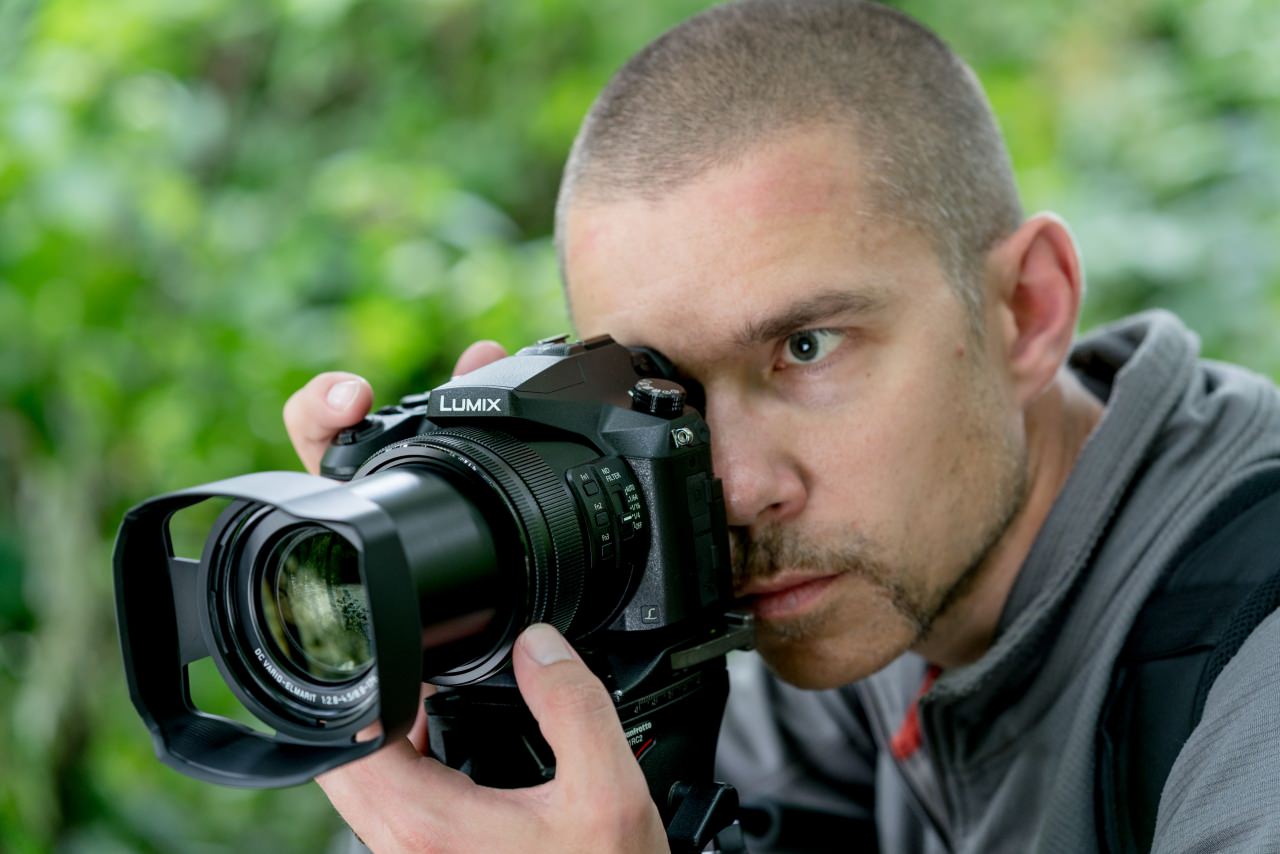 Everything is relative. That includes the size, weight and price tag of the Panasonic Lumix DMC-FZ2000. Granted, the camera weighs nearly a kilo and will not fit in your pocket, costs over 1000 euros and cannot safely be dropped in a lake… but all of that has to be placed in the context of other cameras that can do what it does. An SLR or (hefty) system camera with a set of lenses that will cover the range from 24mm @ f/2.8 to 480mm @ f/4.5 will weigh a good deal more than one kilogram, and cost significantly more than 1000 euros. Granted, a fixed lens of the same length and brightness has traditionally been expected to exceed the image of quality of a zoom lens at the same parameters, but that difference is becoming increasing less noticeable. And the FZ2000 will be within budget for many more advanced amateurs/prosumers than the bag full of gear is.

And don’t drop your cameras in a lake. It’s not best practice.