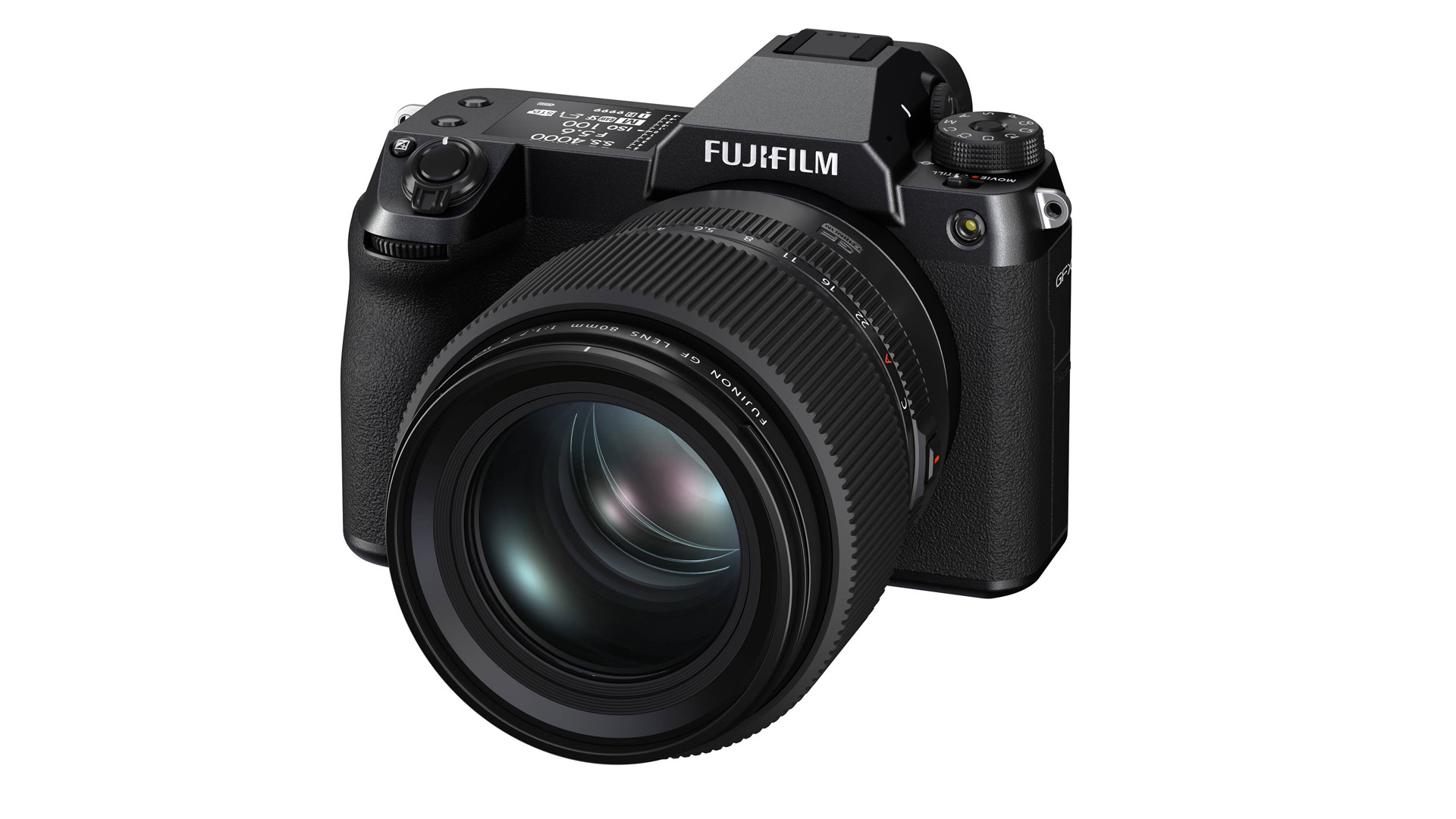 The Fujifilm GFX100S is a very compact and yet complete digital medium-format camera. The sensor is 44x33mm in size and has no fewer than 102 megapixels. Even so, the camera is even smaller in terms of dimensions than many full-frame SLR cameras. Obviously, a camera like this one comes with a hefty price tag, but for medium format, the price is very competitive. The top models from Canon, Nikon and Sony cost even more.

The Fujifilm GFX100S is a dream camera for every (landscape) photographer who is looking for a compact camera with super-high image quality.

The Fujifilm GFX100S is Fujifilm’s smallest digital medium-format camera ever. At the same time, the camera has almost all the capabilities and options you could want on a modern mirrorless camera. The GFX100S has a 102 megapixel sensor. It has image stabilization in the body, and it is weather resistant. You can even film quite well with it. 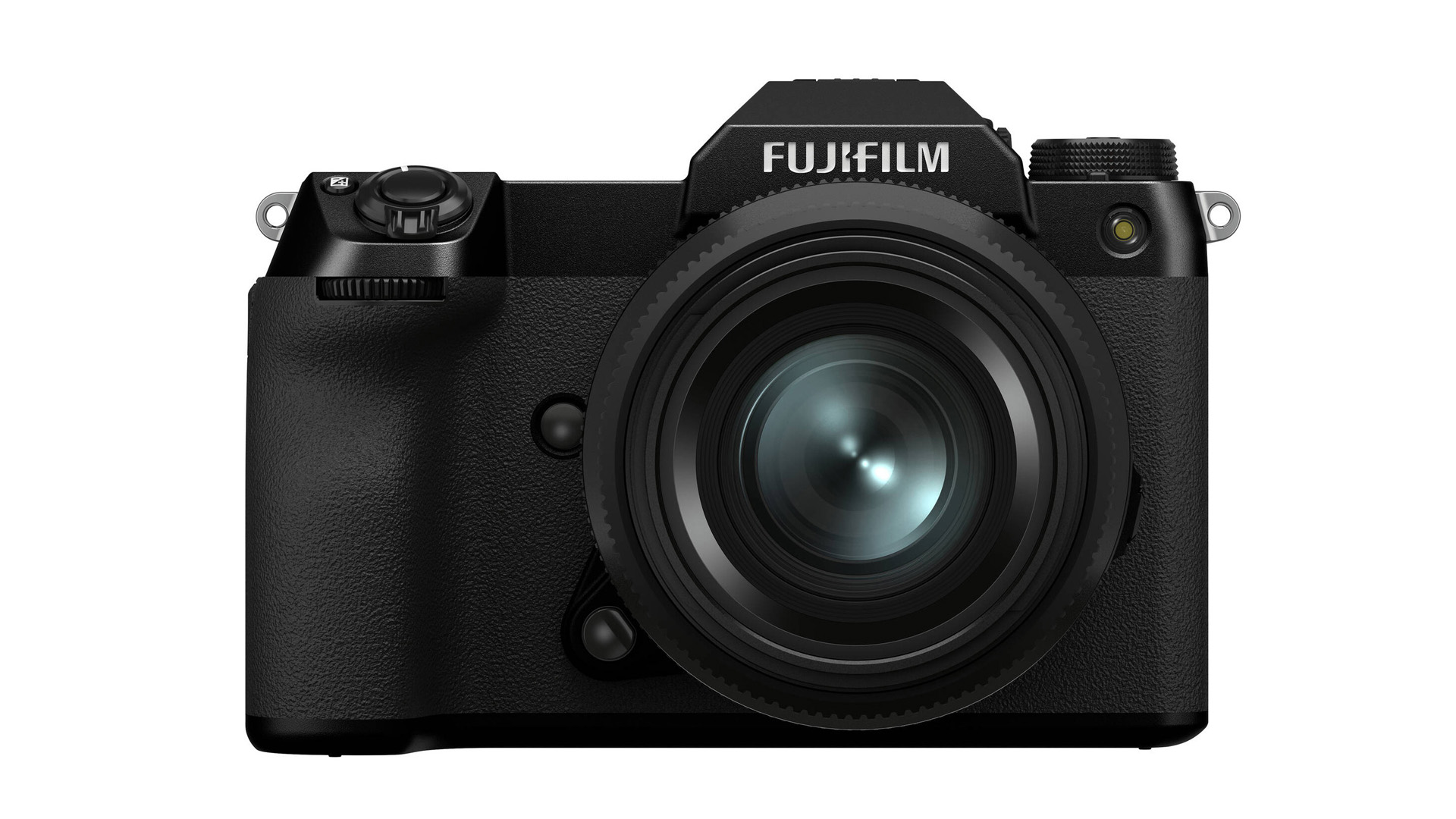 When introducing the Fujifilm GFX100 at Photokina, Fujifilm dubbed the size of the sensor – partly seriously, partly jokingly – as “Super full frame.” It’s a lot smaller than the analog medium format, which uses film with an effective width of 56mm. The smallest medium format on film is 6×4.5 and has a size of 56x42mm. There are 53x40mm sensors that almost approach that size, but the size in the Fujifilm, 44x33mm, is nearly half that. Super Full Frame is not such a crazy name for that. It is certainly super, because it is almost 1.7x larger than full frame, and that is not nothing. Not a strange idea, then, to compare it with full frame. The Fujifilm cameras are very compact for medium-format cameras and come closer to full-frame cameras in terms of dimensions. This applies most strongly to the new Fujifilm GFX100S. 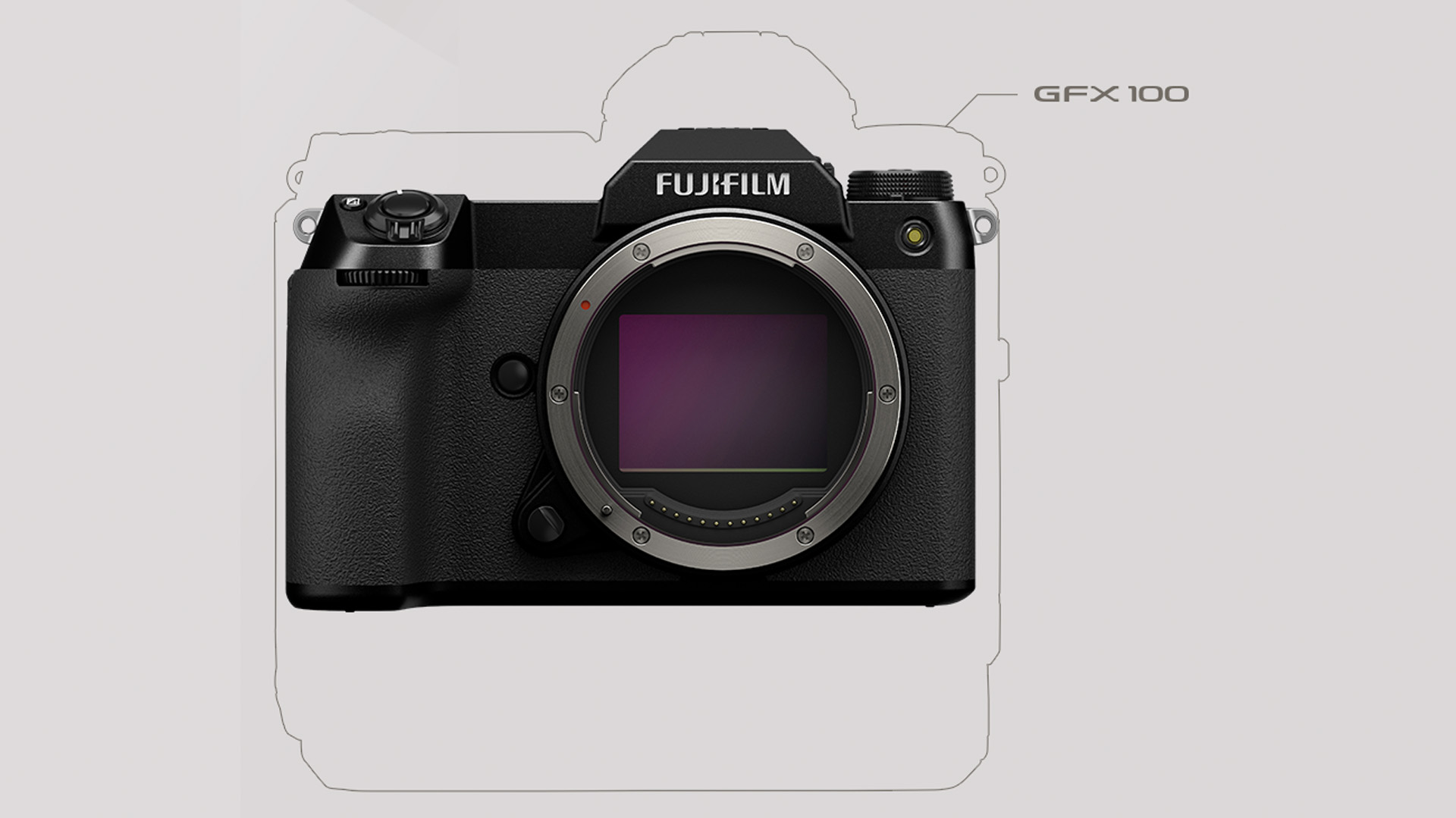 The Fujifilm GFX100S is smaller than, for example, high-end digital SLRs such as the Canon EOS 5DS R or the Nikon D850. The Fujifilm GFX100S is not even much bigger than, for example, the Sony A7R IV. That is unique, because the Fujifilm GFX100S has a significantly larger sensor. The GFX100S has the same sensor as the GFX100. That is a sensor of 44x33mm with 102 megapixels. It is no coincidence that the pixels of this sensor are exactly the same size as those of the 60-megapixel sensor of the Sony A7R IV, due to the larger surface. The sensor of the GFX100S is, after all, produced by Sony. That immediately makes it clear what the advantage is of the larger format. The resolution of the GFX100S is higher than any full-frame camera, while the pixel-level image quality is just as good. And if that’s not enough, the GFX100S also has a 400-megapixel high res mode. 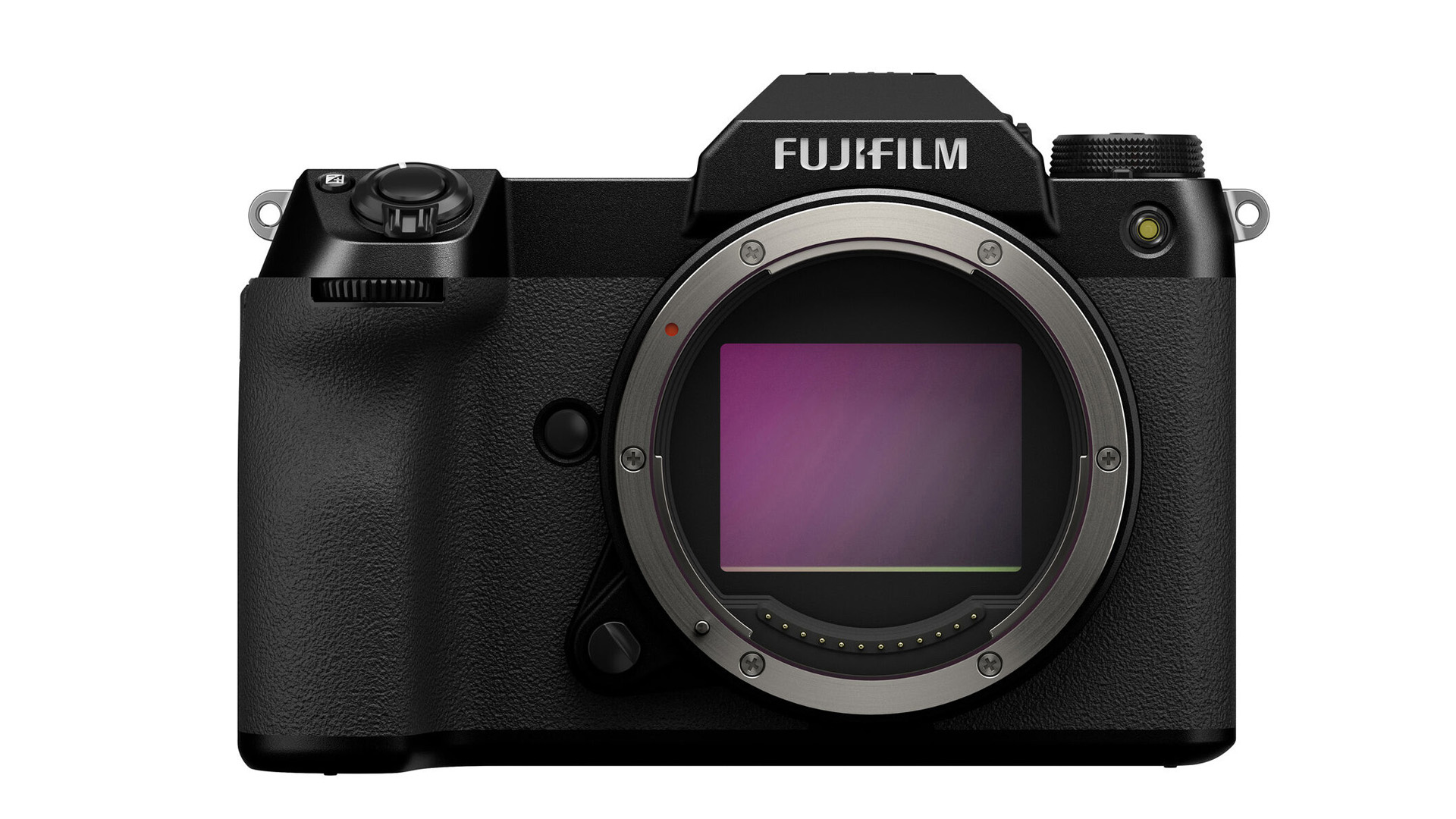 The Fujifilm GFX100S is very compact. The camera is 150mm wide and 104mm tall. That’s smaller than all previous GFX models. In fact, it’s barely bigger than a mirrorless full-frame camera. The Canon EOS R5 is 138mm wide and 98mm high. These are not big differences, and the Fujifilm is even 1 mm less deep. There’s also not much difference in terms of weight. The Fujifilm is only about 160 grams heavier. Contributing to the compact dimensions is the fact that the GFX100S no longer has the extended rear of the GFX50S. That not only makes the camera smaller, it also makes the GFX100S look more modern. The GFX100S still has two card slots, but a smaller NP-W235 battery. This is the same one that is in the X-T4, for example. At least 460 pictures can be taken with this, or more, depending on how much you use the screen and the viewfinder. 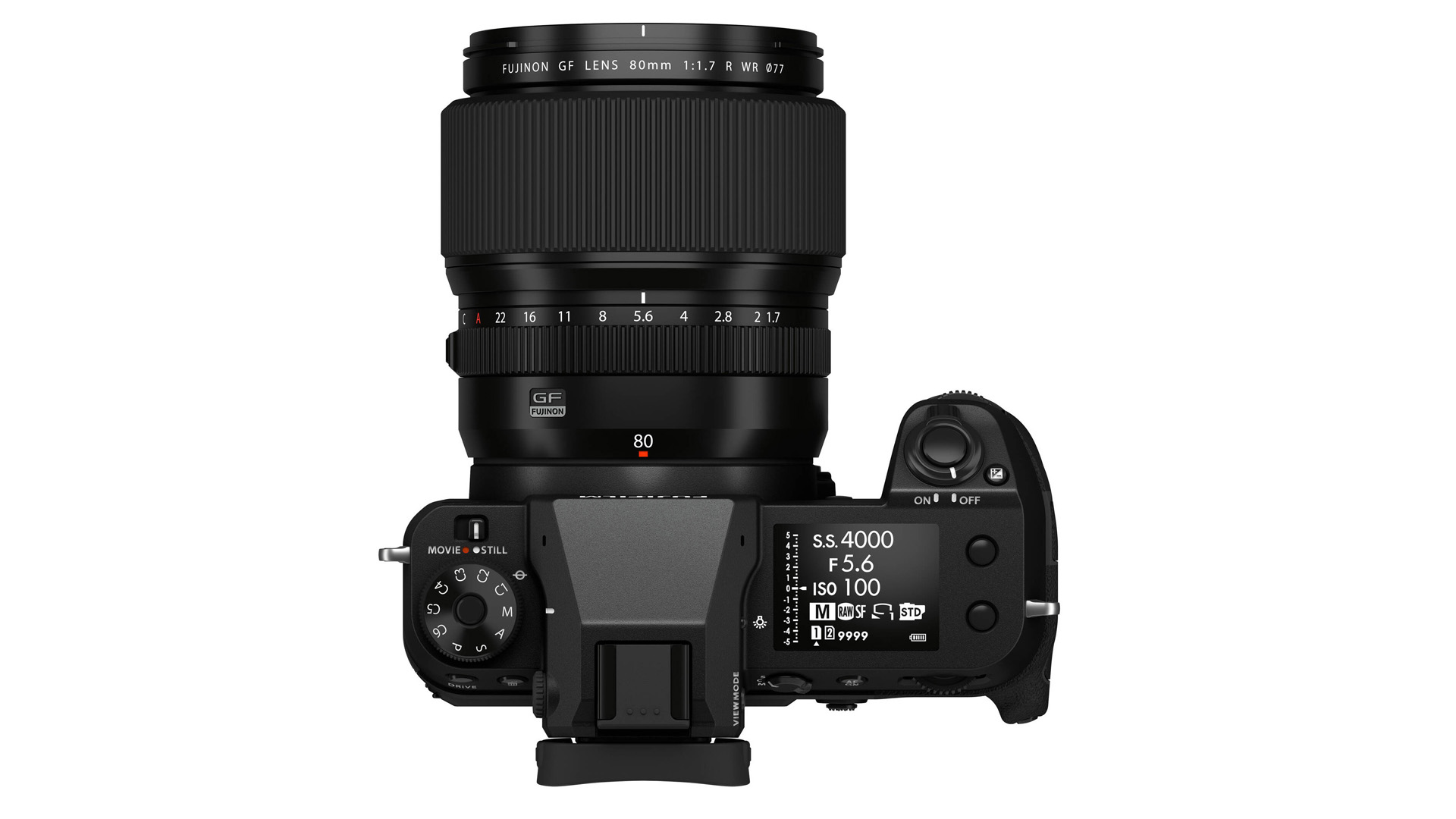 The controls are a combination of the almost-analog controls of the GFX50S and the controls of the GFX100. The GFX50S has a real shutter speed dial on the right shoulder and an ISO button on the left shoulder. The GFX100 has neither. With the GFX100, you mainly choose a function on the LCD on top of the camera, after which you change its value. The GFX100 can therefore feel more like a computer than a camera. The GFX100S is clearly in between. The camera has a large LCD on the right shoulder, like the GFX100. But the GFX100S also has a dial for the exposure programs on the left shoulder. 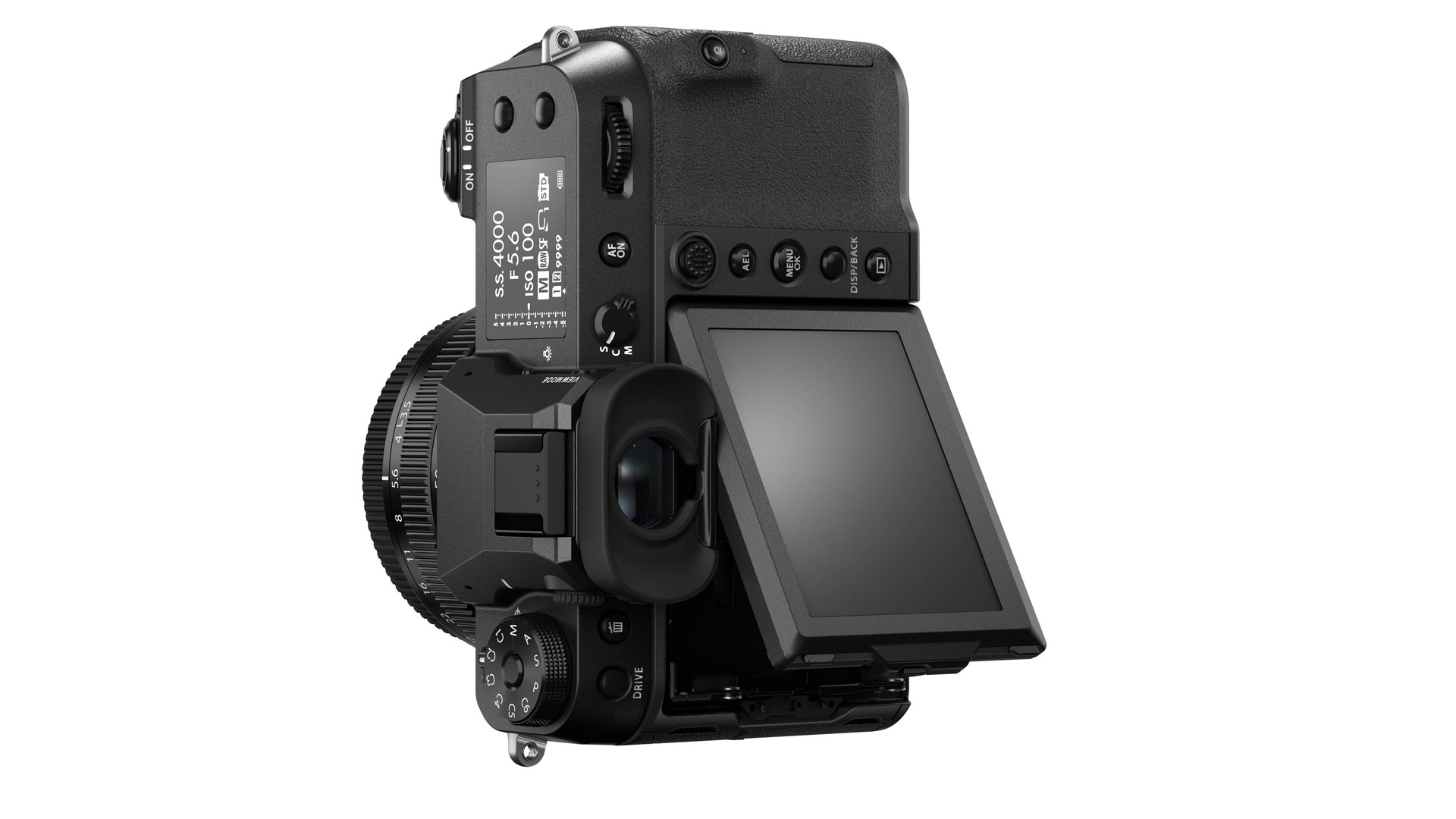 The viewfinder is no longer a separate part. So you can no longer put an adapter in between so that it can be folded up. That makes the camera more compact, and the screen can be tilted in two directions, both horizontally and vertically. This allows you to also make standing recordings with the camera from high or low angles. The screen only does not rotate. If you want to vlog with the Fujifilm, you will have to use an external monitor. The screen is touch sensitive, 8cm in size, and the resolution of the screen is a nice 2.36 megapixels. 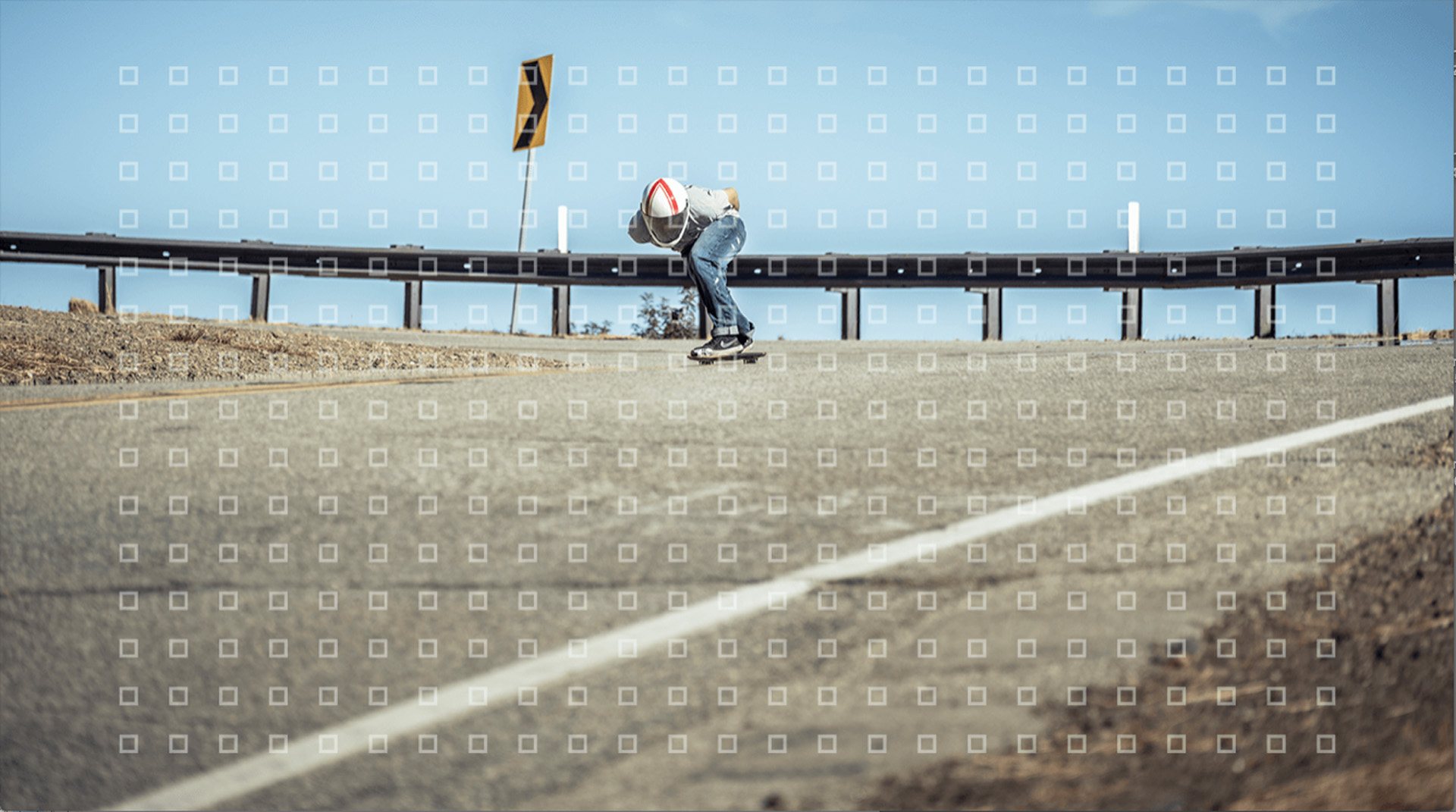 The Fujifilm GFX100S has phase detection autofocus. The number of focus points is 425, and they are spread over almost the entire image field. The camera has face and eye recognition and improved autofocus tracking algorithms. Autofocus areas can be selected both via the screen and with the joystick.

Filming with a medium-format sensor seemed a strange idea not so long ago, but Fujifilm now has a decent reputation in this area, and the specifications of the GFX100S are good. The camera can film in 4K at up to 30 frames per second. The camera can even send out a 10bit 4:2:2 signal via HDMI. If you send that to an Atomos Ninja V, for example, you can even film in 12-bit RAW. Of course, the GFX100S also has F-log, and the camera can film in the Eterna profile. That is a flat profile that on the one hand still has a lot of room for color grading and on the other hand can also be used without processing and that gives a very cinematic look.

The Fujifilm GFX100S is, together with its big brother, the GFX100, one of two medium-format cameras with built-in image stabilization. This allows you to use the camera’s high image quality without a tripod. Fujifilm had to completely redesign the mechanism to get it into the much more compact body. According to Fujifilm, the system should be good for a profit of 6 stops. That is already a lot for cameras with smaller sensors, but for a medium format camera, it is huge. We look forward to testing how well the system works in practice.

As soon as we have the Fujifilm GFX100S in our test lab, a complete review will follow.