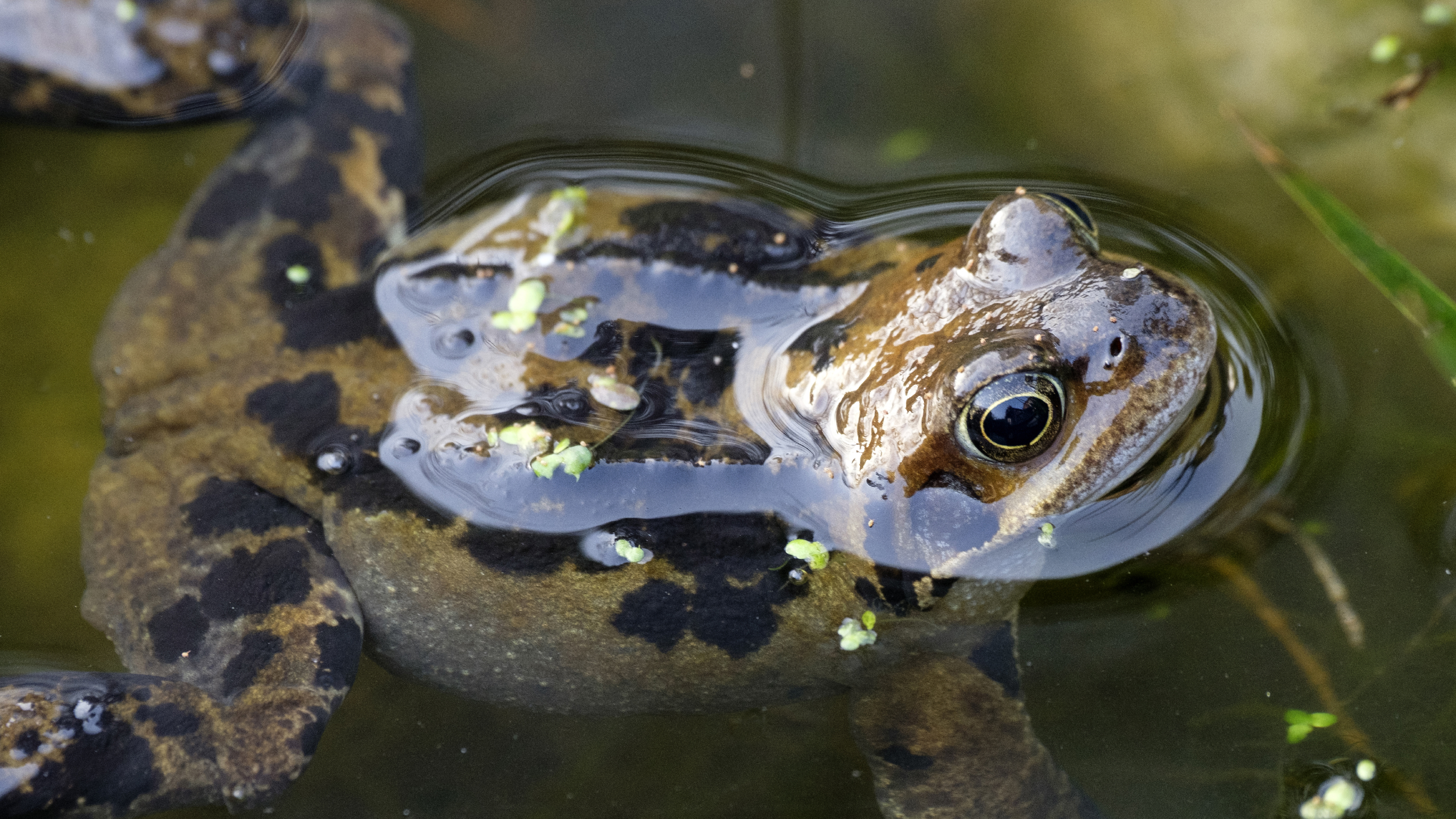 The Fujinon XF 70-300mm F4-5.6 R LM OIS WR is a long telephoto zoom for Fujifilm’s APS-C cameras. It is compact, for taking along with you, and it also comes with a modest price tag. Still, the lens is weatherproof and can also be used with Fujifilm’s teleconverters for even more range. 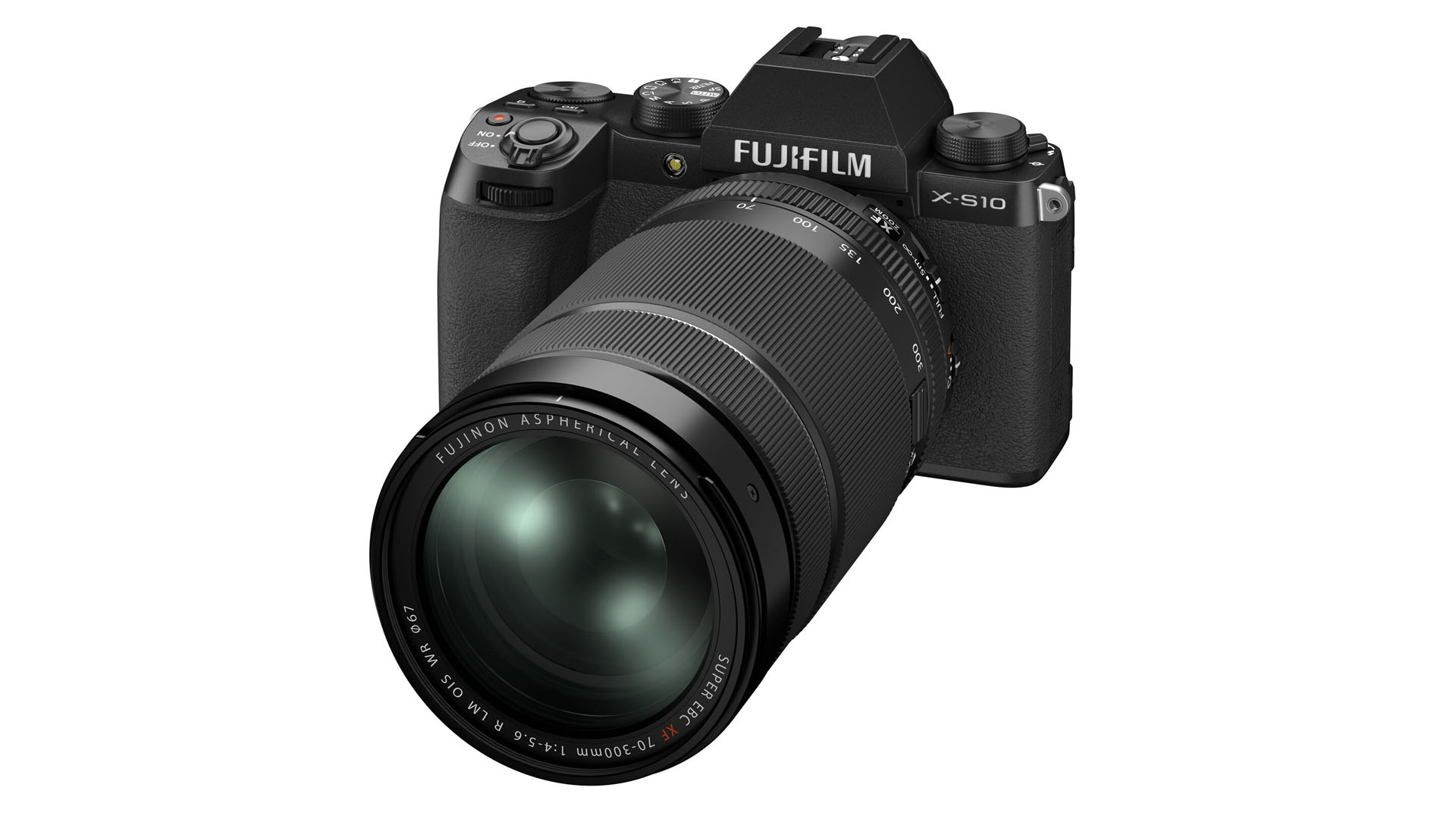 The 70-300mm F4-5.6 has a lot of abbreviations in its name, and for good reason. The 70-300mm is weather resistant (WR) and can be used down to at least -10 degrees Celsius. The Fujinon XF 55-200mm is not a ‘WR’ lens. For nature photographers, that alone will be a decisive argument for going for this new telephoto zoom. Furthermore, the 70-300 mm F4-5.6 has built-in image stabilization. This should be good for a gain of 5.5 stops on cameras without stabilization. On cameras with stabilization, the OIS of the lens works together with five-axis image stabilization in the bodies. The design with a broad zoom ring and a focus ring with good feel to it sits well in the hand, so that you don’t (really) miss a tripod collar. 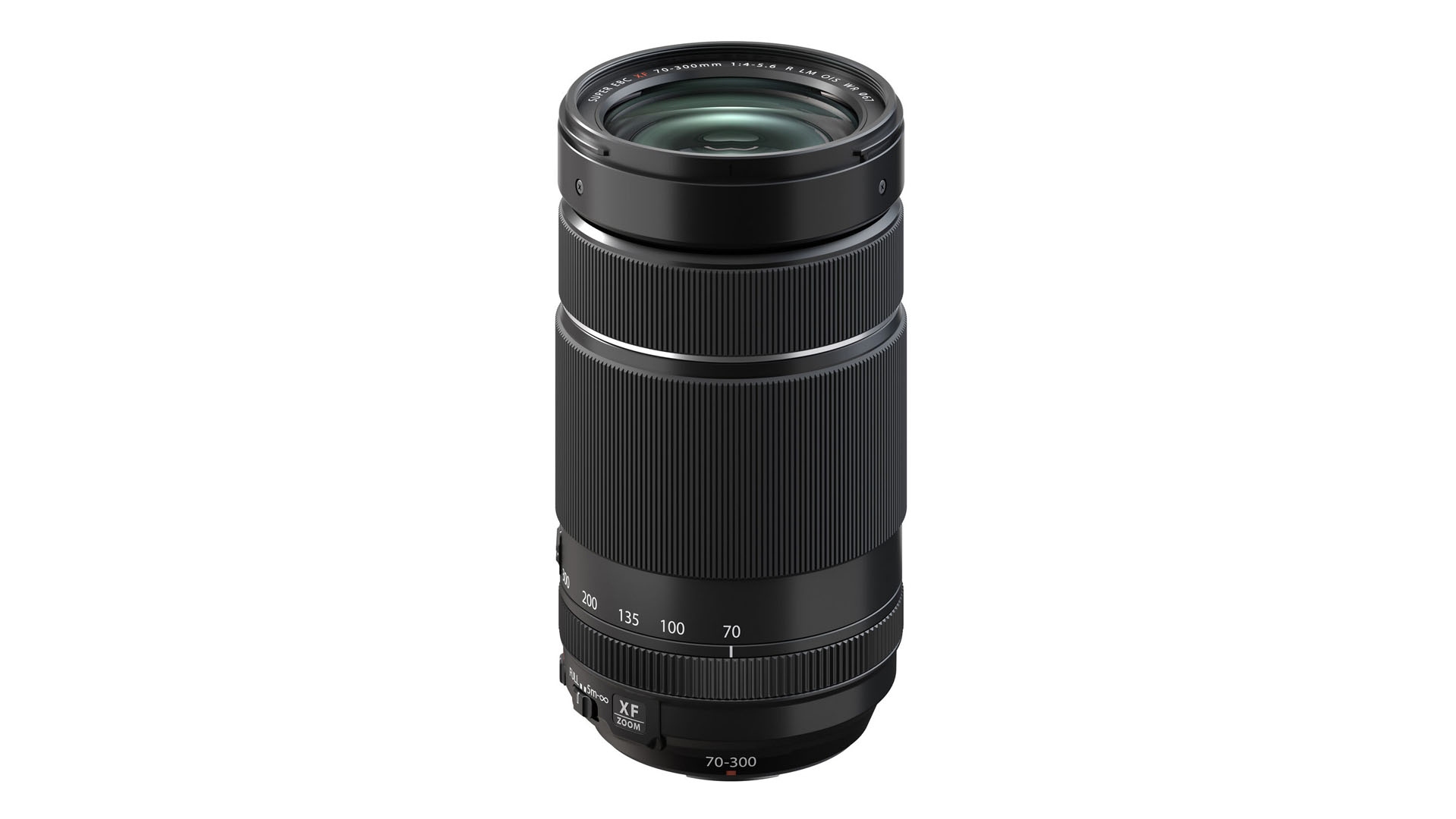 The XF 70-300mm F4-5.6 is compact and relatively light with a length of 133 mm and a weight of only 580 grams. In the telephoto position, 74 mm is added, and the tube shows virtually no play when extended. The Fujifilm is slightly lighter, slimmer and shorter than, for example, the Sony E 70-350 mm F4.5-6.3 G OSS. That has an extra 50mm in range but is also slightly less bright. The lens has a relatively narrow focus ring on the front with a wide zoom ring directly behind it. Behind that is the aperture ring, which has no markings for the set value. In addition to the switch to fix the aperture to A, the lens also has a switch for limiting the autofocus range. Of course, the aperture ring has no engraved F-designations because of the variable apertures. You see them in the viewfinder or on the monitor. 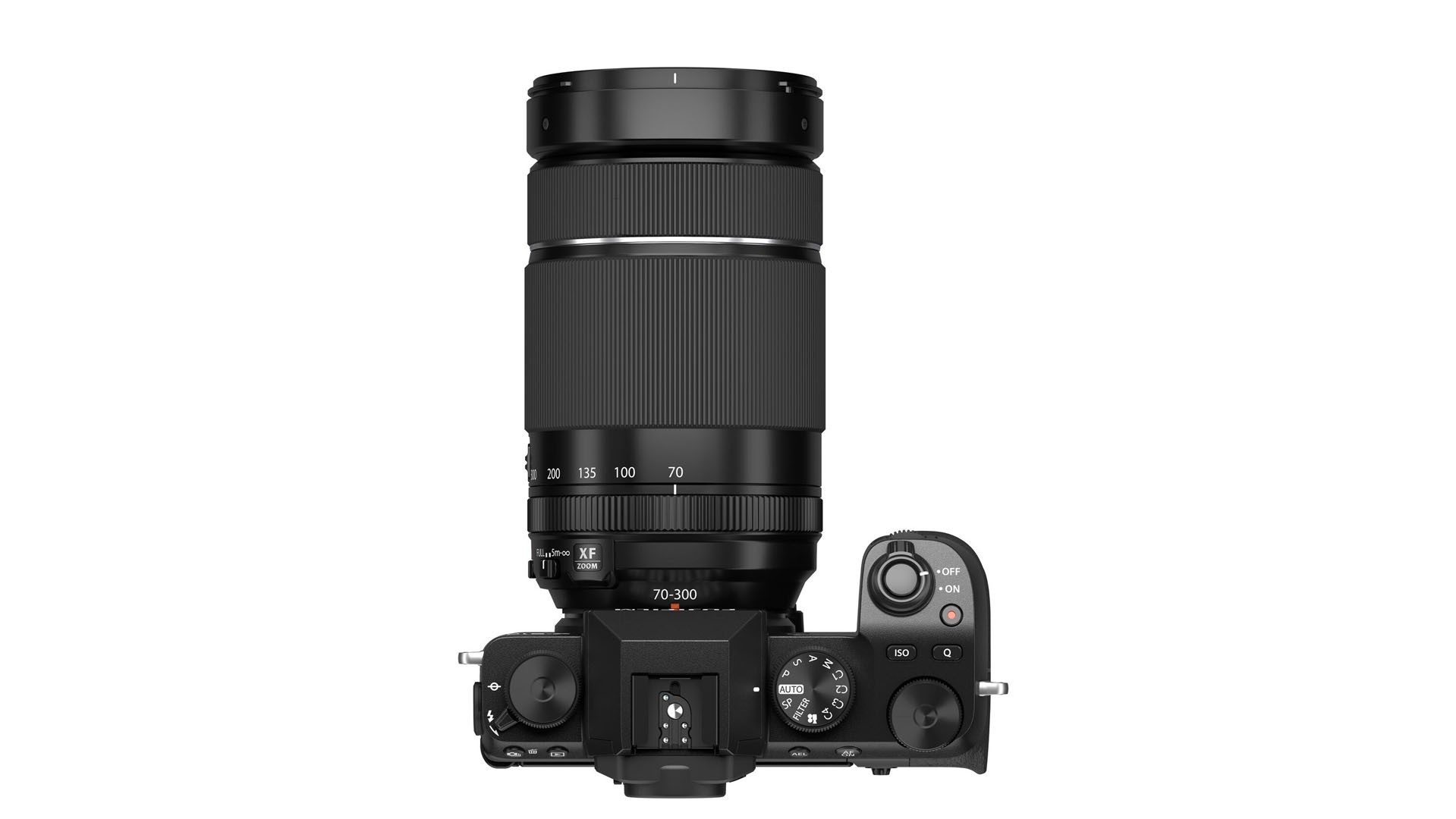 The optical design consists of 17 elements in 12 groups. The lens has an aspherical element and two lens elements made of ED glass. The diaphragm has 9 blades for a rounded opening. The filter size is a conventional 67mm. The lens comes with a lens hood, but does not have a tripod collar like the Fujinon XF 100-400 mm. Firstly, because of the low weight, this is less necessary, and this lens also invites more use by hand. The LOCK slider against extending can be disconnected immediately in use, so you do not lose an important shooting moment.

The 70-300 mm F4-5.6 has a linear autofocus motor and should therefore be able to focus quickly and quietly. Of course, with this lens you can use all advanced AF functions such as tracking and eye-AF on the latest Fujifilm cameras. The lens has a focus limiter that can be set to infinity up to 5 meters, which is useful for sports or wildlife photography. We tested this 70-300mm on both a (larger) X-H1 body and on the very compact, recent X-E4. The difference in grip is immediately noticeable in favor of the older X-H1 with its large grip. But the already fast and precise autofocus reacts “brighter” on the X-E4. Operation is silent on both bodies. 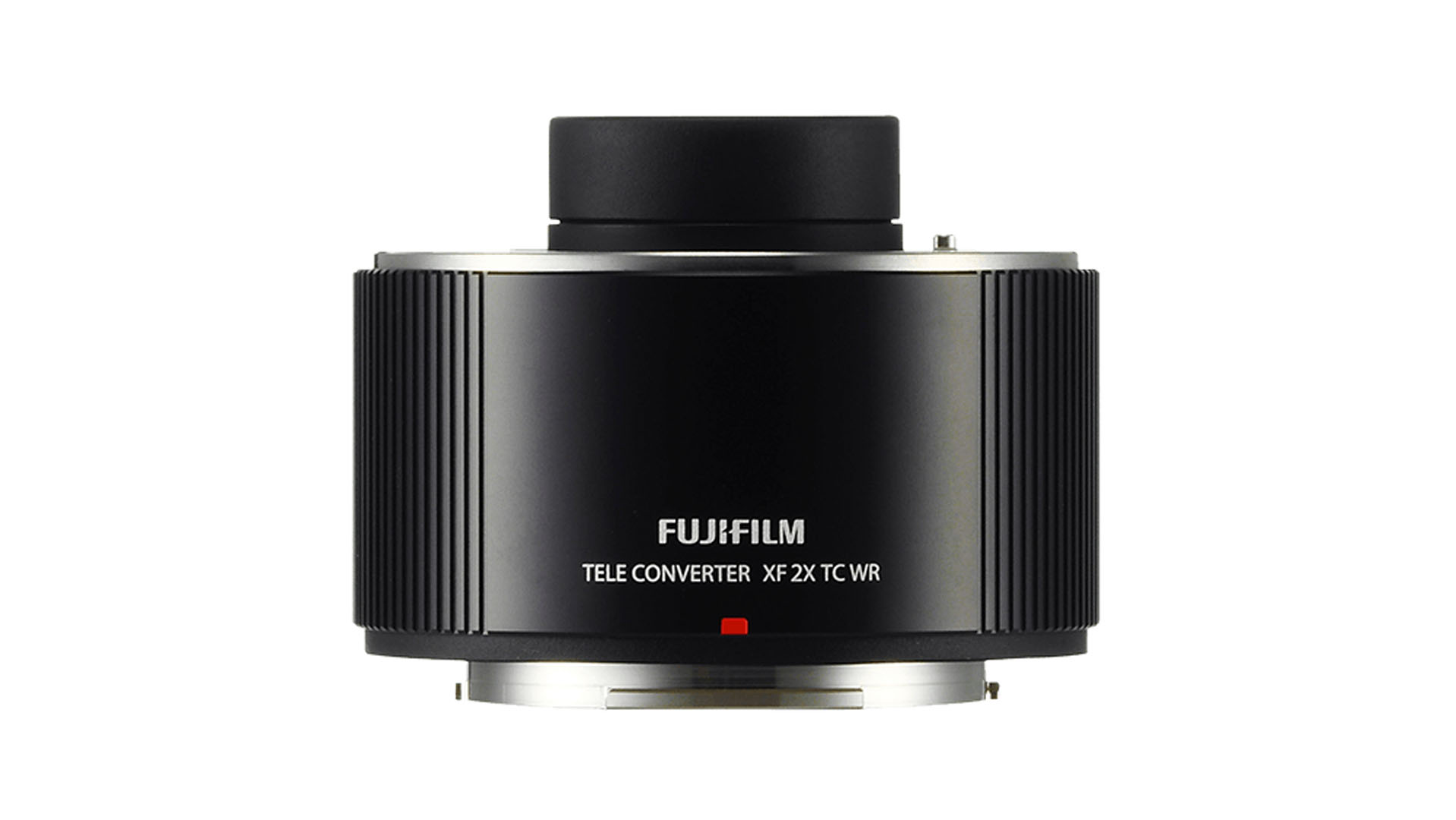 If you change the focus from close-up to infinity, then there will be virtually no focus breathing: a plus for videographers.

The image quality of the Fujinon XF 70-300mm F4-5.6 R LM OIS WR is good. The full lens apertures have a slightly softer corner rendering in the telephoto positions, but you only see this phenomenon in the test wall shots. The center sharpness is high throughout the range and gets better in the 300mm position. In the 55-200mm range, it’s just a little less. For a long telephoto zoom that you mainly buy for that extreme range, we prefer this to zooms that perform better in the shorter range. The Super EBC coating was tested in the sunny late March days and stood up to backlighting. We find the large lens hood useful: use it!

There is vignetting on the Fujinon XF 70-300mm F4-5.6 R LM OIS WR. The minimum vignetting at 300 mm (at F5.6) is still somewhat visible in the RAW conversion with lens corrections on, but it’s not disturbing.

The XF 70-300mm F4-5.6 R LM OIS WR has virtually no chromatic aberration problems. The bokeh is decent. The lens is admittedly not very bright, but at 300mm the depth of field is quite small, even at F5.6. Points of light in the background become blurred circles in the center and “cat’s eyes” in the corners. These bokeh balls have concentric inner circles, which some call onion rings, but we see that with many modern zooms. They disappear with some stopping down.

This 70-300mm Fujinon telephoto zoom is a solid winner!

You can easily take the weatherproof, solid and compact 70-300mm XF telephoto zoom with you, in contrast to the equally bright 100-400mm telephoto zoom (€ 1749.00). The autofocus responds quietly, remarkably precisely and quickly: this is our favorite of the Fujifilm telephoto zoom lenses. It is a wonderful lens for events, sports, nature, wildlife, even birds, close-ups (a 4.7 by 7 cm object fills the screen) and everyday subjects at some distance. The also weatherproof 1.4x teleconverter is an attractive extension because you get a 420 mm APS-C telephoto with F8, while retaining the good image quality. With the 2x teleconverter, some of that is lost, as we know from previous tests. In short: This 70-300mm Fujinon telephoto zoom is a solid winner!