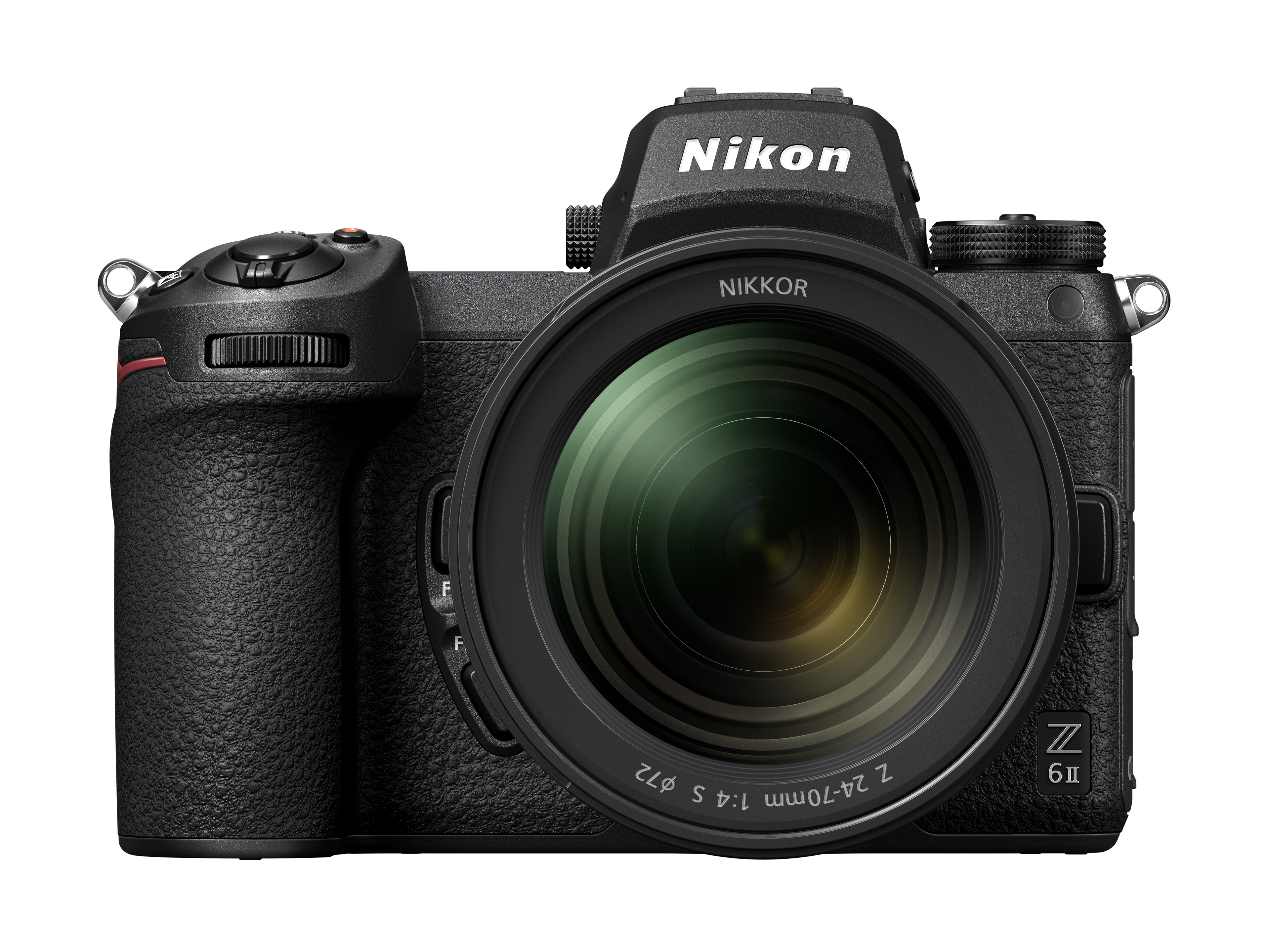 The Nikon Z 6II is the new all-round full-frame system camera from Nikon. This successor of the Z 6 maintains the same resolution of 25 megapixels but now has double EXPEED 6 processors. The buffer memory was also expanded, and Nikon found space for a second memory slot (UHS-II SD) without the camera getting bigger.

Like the Z 6, the Nikon Z 6II has a resolution of 25 megapixels. Thanks to the double EXPEED 6 image processor, it is faster and the autofocus works better.

With the full-frame system cameras from Nikon, the Z 6II takes the place between the entry-level model Z 5 and the top model Z 7 II. The Z 6II is not a completely new model but builds on the strengths of the Z 6 from 2018. Nikon has listened to the criticism of the real or alleged shortcomings of the Z 6.

For example, the Z 6 received a lot of criticism from internet gurus because there is only one memory card slot. Nikon listened to this and gave the Z 6II a second card slot. In addition to CFExpress (Type B) or XQD memory cards, you can now also use an SD (UHS-II) card. The dimensions remained unchanged: like the Z 6, the Z 6II measures 134 x 101 x 70 mm, with a weight of 705 (including battery). The battery is Nikon’s latest model: the EN-EL15c battery. As a result, autonomy is higher. The Z 6II achieves 410 shots with a full battery, compared to 310 for the Z 6. In addition, the Z 6II comes with an optional battery grip MB-N11 with buttons to operate the Z 6II. The batteries in the grip can be changed without switching off the Z 6II.

The Z 6II supports charging via USB-C, and can therefore also be continuously supplied with power, for example while making time-lapse recordings.

However, the output of the sensor is now processed by two EXPEED image processors. This increased computing power enables a higher sequence speed: in Continuous H (Extended), the Z 6II photographs at 20 shots per second, where the Z 6 takes only 14 images per second. Thanks to a larger buffer memory, it also lasts 3.5 times longer than the Z 6.

The double EXPEED processors are also noticeable in the autofocus performance. The hybrid AF system still contains 273 focus points but can now also focus in less light (down to -4.5 LW). In addition, the Eye and Face Detection AF now also work in Wide-Area AF (L) mode.

The Z 6II and Z 7 II are the first Nikon cameras to support Eye-Detection AF and Animal-Detection AF during filming, enabling continuous focusing on the eyes of humans, dogs and cats. The Z 6II shoots in 4K UHD video quality with full pixel readout. At the moment, the frame rate in 4K is still limited to 30, but after a firmware update that is expected to be available in February 2021, that will be 60p, as on the Z 7 II. This is limited to a 1.5x crop of the sensor.

The Z 6II will be available at the beginning of November at a recommended price of €2199. As soon as we receive a test device, we will publish a full test.

Check out the test of the Nikon Z 6 here.

The Z 6II will be available at the beginning of November at a recommended price of €2199. As soon as we receive a test device, we will publish a full test.