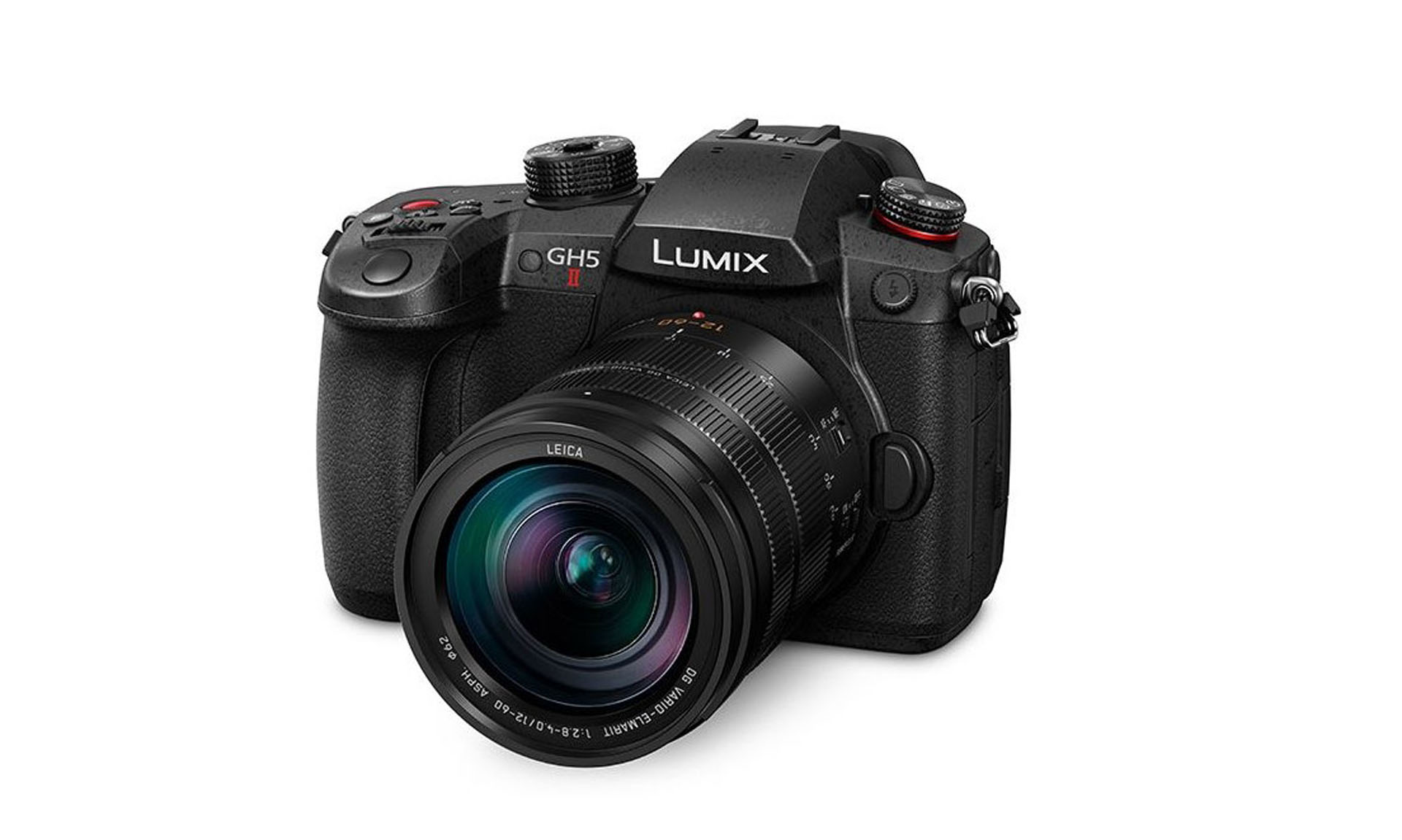 Panasonic has upgraded its MFT video flagship, the Lumix GH5. A little bit, then. With a newer viewfinder, a higher recording speed in 4K and a number of other refinements, the GH5 is up to date. The advantage that the camera had over the competition four years ago is gone, but the Lumix GH5 II still has a lot to offer, and at a competitive price.

The Panasonic Lumix GH5 II is no longer ahead of its time, but it actually offers everything you need for serious video work today.

The Panasonic Lumix GH5 was released in early 2017 and was ahead of its time then, with 4K 30p in 8 bit internal and the option to film externally even in 10 bit. However, things have changed. The arrival of cameras such as the Canon EOS R5, the Panasonic S1H and the Sony A7S III have eaten away at the GH5’s lead in many areas. That’s why many GH5 users are waiting for a GH6. Rest assured, it will come and, according to Panasonic, even in 2021. Meanwhile, Panasonic hasn’t forgotten the Lumix GH5 either. The camera will be upgraded and will live on as the Panasonic Lumix GH5 II. 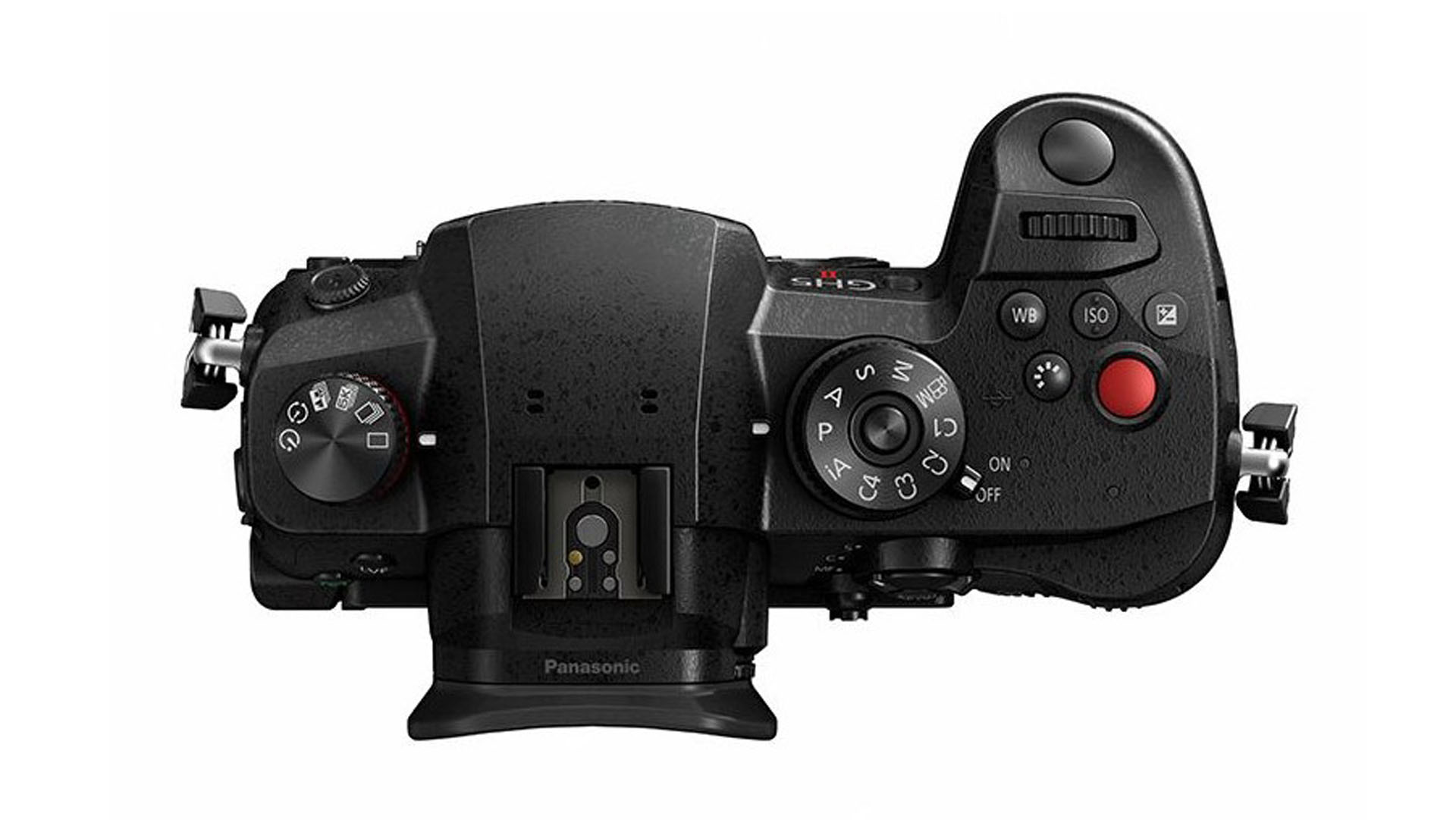 The Panasonic Lumix GH5 II has the same body as the GH5, but with the necessary refinements. From a functional point of view, the most important differences are the possibility of filming in 4K with 60 frames per second in 10 bit and the capability of streaming live and wirelessly with the camera if necessary. Another special possibility (which we already know from Panasonic’s full-frame cameras) is ‘linear focus’ in MF. Furthermore, the camera is equipped with a new 2200 mAh battery and a brighter screen so that (video) images can be seen better even in sunlight. Furthermore, the USB port is now suitable for Power Delivery (PD) and the autofocus has been improved. Image stabilization has also improved slightly. Some of these improvements are due to new hardware in the camera and would not have been possible as a firmware upgrade of the original GH5.

What the camera does not yet have is a sensor with a higher resolution. 6K video is therefore not possible, unless you use anamorphic lenses and use the entire height and width of the sensor. What is also missing is RAW video. This will be available as a firmware update on the GH5S. It has a slightly different sensor than the other two GH5 models, which apparently makes this possible. 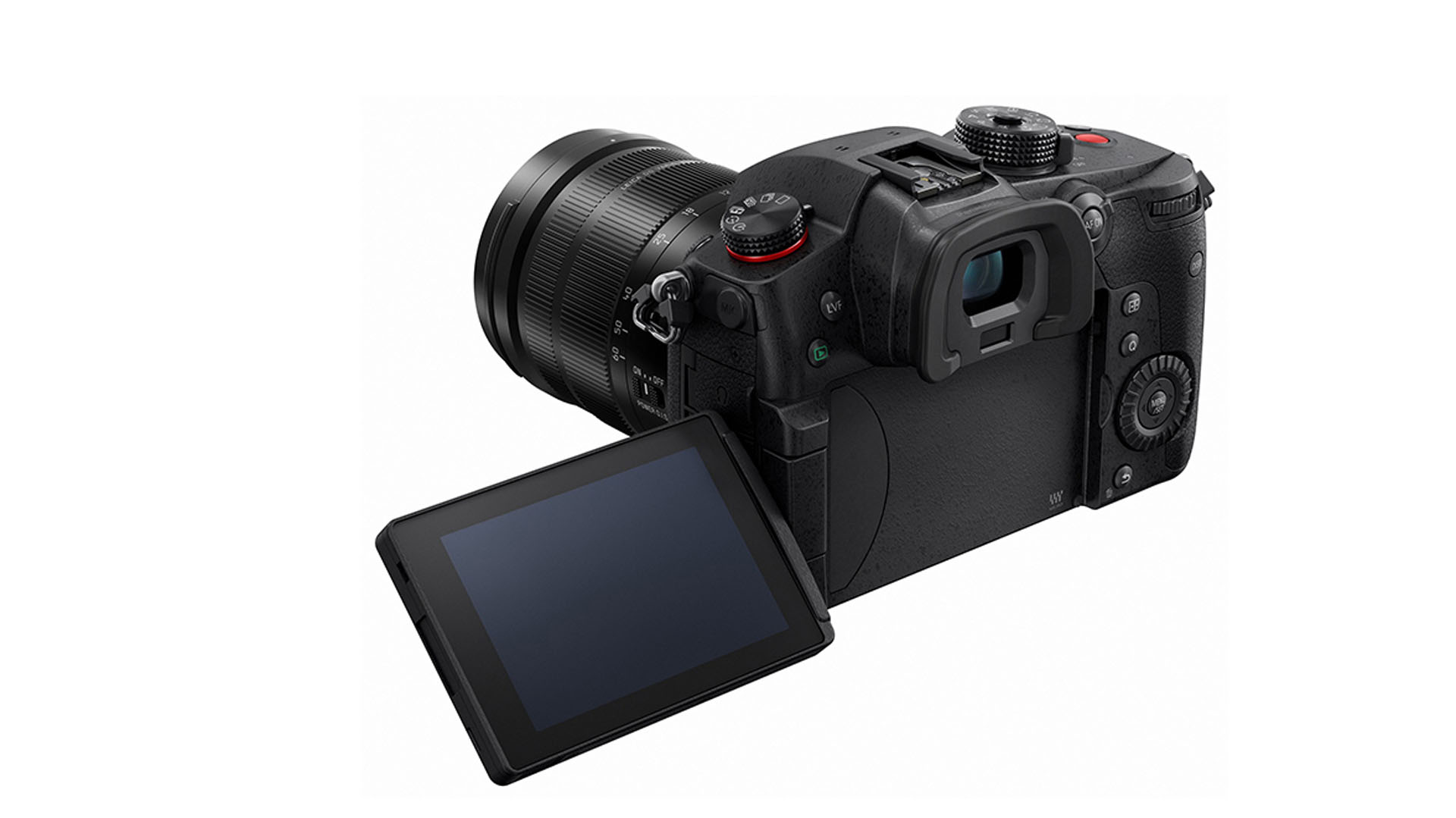 Under the familiar housing, more has changed. The camera has a new processor that enables many of the improvements, and the rear screen has been improved and is, above all, brighter. As a result, images can be seen better in the sunlight. All the accessories that can be used for the GH5, such as the XLR adapter and the vertical grip, are also suitable for the GH5 II.

The sensor of the Panasonic Lumix GH5 II has the same number of pixels as the GH5. This does not mean that the image quality will be exactly the same. In terms of sharpness, not much is likely to change for photography. However, newer color profiles and faster processors in the GH5 II can result in some (small) differences in, for example, noise at higher ISOs and when sampling video.

All the strengths of the original GH5 are of course also found on the GH5 II. For example, the camera can film in 4K, but now also in 10 bit internally and up to 60 frames per second. Slow motion up to 120 frames per second is possible in full HD, and there is a variety of possibilities to film with anamorphic lenses like the Sirui 50mm F1.8 Anamorphic 1.33x. The GH5 II can be equipped with a special XLR adapter that can also supply Phantom Power to a microphone and on the camera, for example, the shutter angle can also be set instead of a shutter speed. All these possibilities show why the GH5 has been such a popular workhorse among many filmmakers for years.

The Panasonic Lumix GH5 II has improved autofocus. That is actually the case with every new Panasonic, and that is partly due to Panasonic’s DFD autofocus system. That’s not a phase detection system, it’s a contrast detection system. Contrast detection is very accurate and very fast in the MFT cameras. However, it is difficult to keep a subject constantly precisely sharp in video. Sometimes the focus has to search a little bit to make sure that the focus plane is in the right position. And you see that. Panasonic’s latest MFT film camera, the BHG1, has a newer application of DFD-AF than the old GH5, and it’s good to see that the newer version is now also being applied to the GH5 II. The Mark II’s autofocus should be 2x faster in recognizing faces and eyes than the Mark I, and continuous autofocus in video should also be improved.

The Panasonic Lumix GH5 II will be delivered with V-log and CineLike-D profiles. That’s a difference from the GH5, for which V-log was a paid upgrade. The image stabilization has also been improved and can now yield a profit of 6.5 stops. Panasonic is also working hard on a firmware update that will enable wireless live streaming over 4G and 5G networks. Due to the corona pandemic, video conferencing and live streaming have taken off, and that will not go away. The Lumix GH5 II is fully prepared for this trend. The Lumix GH5M2 will continue to offer new capabilities, as a firmware update is planned for the end of 2021. This new firmware will provide: 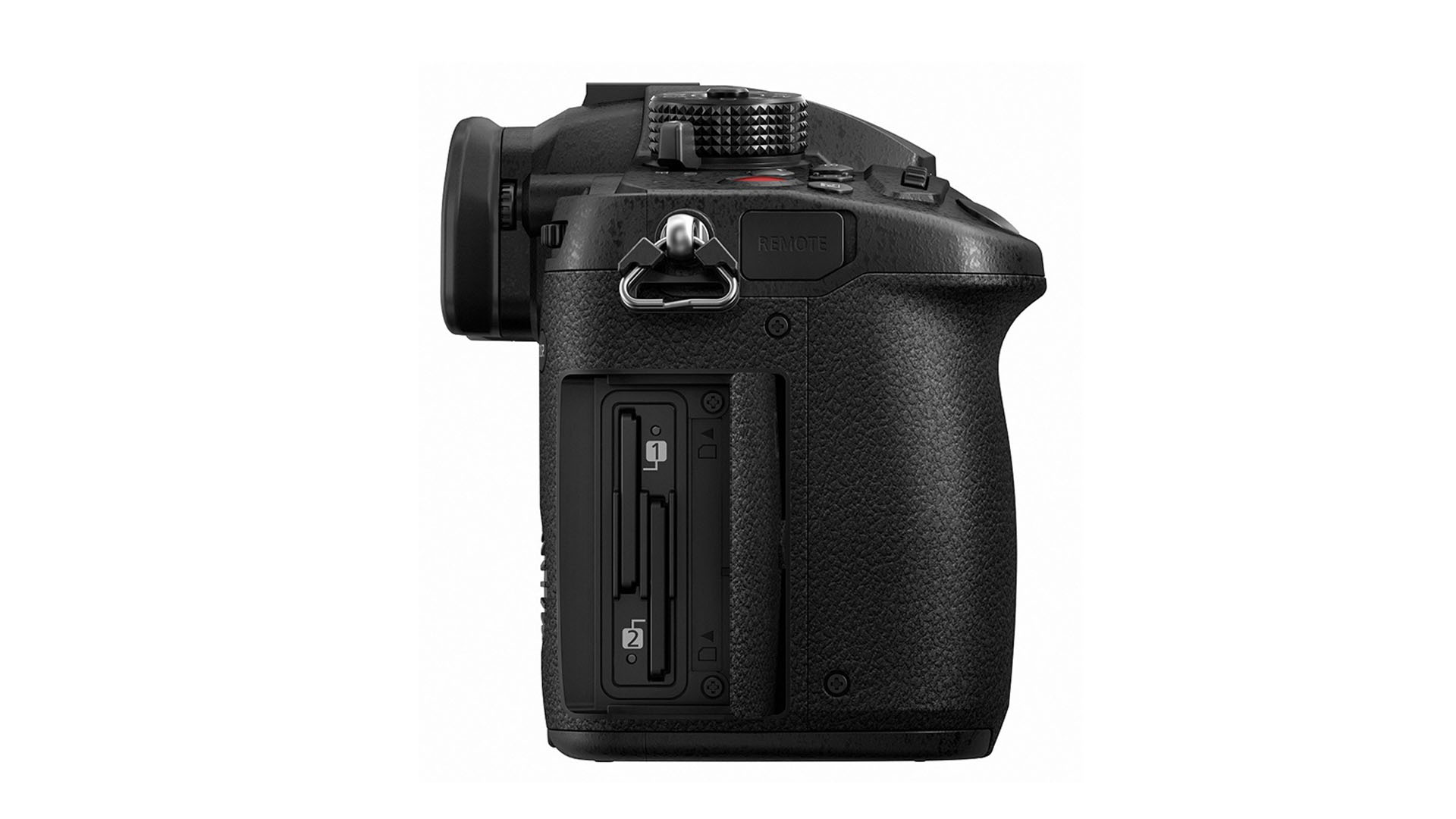 COMPARED TO THE COMPETITION

The important new cameras for video are the Canon EOS R5, the Panasonic Lumix S1H and the Sony A7S III. These cameras are all full frame, and that offers advantages when filming in low light or when you are looking for the smallest depth of field. You can also film in 8K with the Canon and in 4K/120p with the Sony. However, the Panasonic Lumix GH5 II is not really inferior to these cameras as long as you’re satisfied with 4K/60p, and it costs almost half what the full-frame models do. The smaller sensor is not only a disadvantage. Due to the smaller dimensions, the sensor can be read out faster and produces less heat. This ensures less rolling shutter and also allows unlimited recording times. The smaller sensor is also easier (and therefore better) to stabilize. Furthermore, Panasonic can develop special lenses for this small sensor, such as the Lumix 10-25mm F1.7, a 20-50mm equivalent lens with a fixed brightness of F1.7 over the entire range that is equipped with a focus clutch for manual focusing and a clickless aperture.

Two potential competitors for the GH5 II therefore come from in house. The GH5S remains a special version of the GH5. The camera has no image stabilization, but a slightly larger sensor and soon, via a firmware update, the ability to film in RAW with an Atomos Ninja V. And a GH6 has been announced, which will be able to film in 5.7K/60p. The GH6 will probably be in a slightly higher price range than the GH5 II.

As soon as we have a Panasonic Lumix GH5 II in our test lab, we will publish a full review.

Panasonic is introducing an Early Bird campaign on May 25th. When purchasing a LUMIXGH5M2 body or kit, the consumer receives a free lens and battery valued at €289. This promotion will run until July 31, 2021. More information about this promotion will be available on www.panasonic.nl/acties starting May 25th.