According to Canon, the Canon EF 85mm f/1.4L IS USM is the first 85mm with this brightness with image stabilization. The lens is fast, in more than one respect. Is this the ultimate 85mm for Canon EOS cameras? 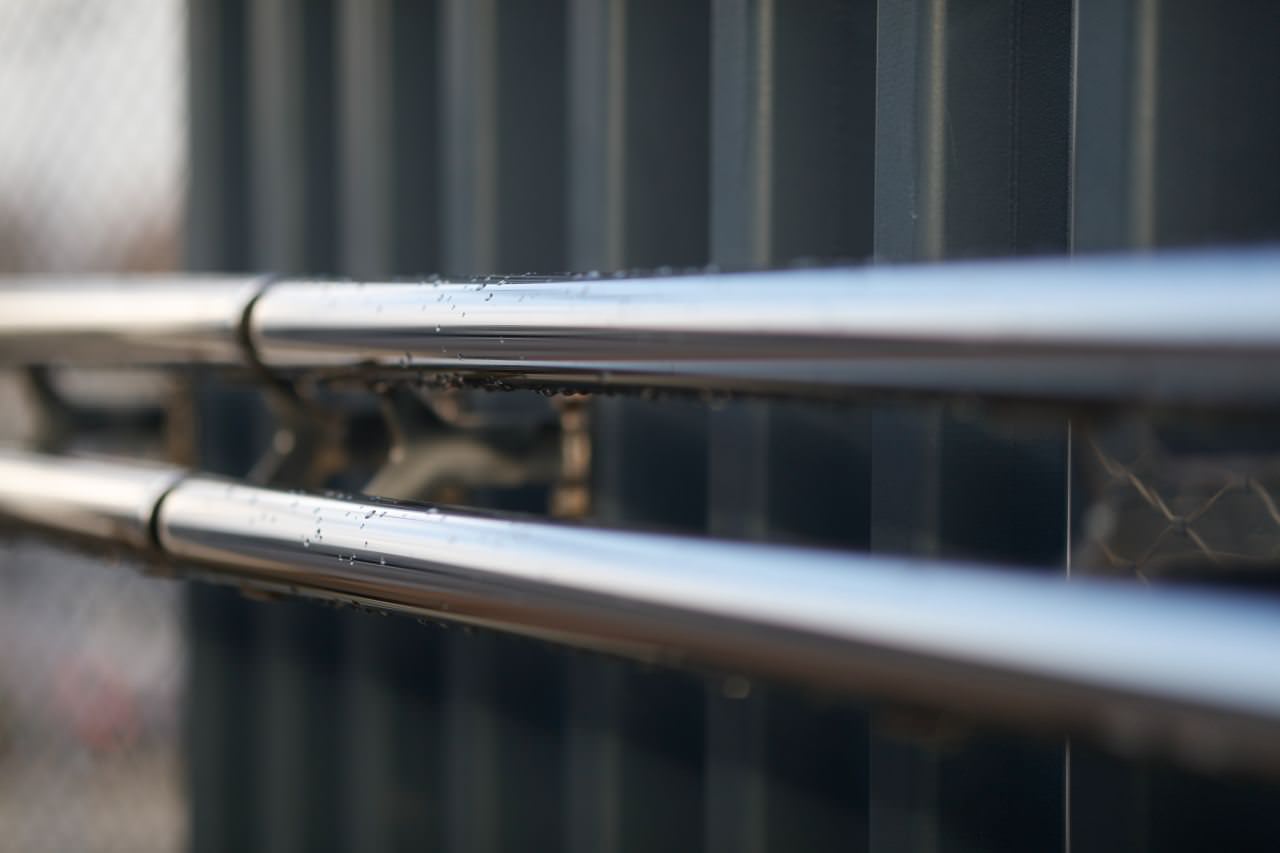 The Canon EF 85mm f/1.4L IS USM is a short telephoto lens for Canon full-frame cameras. Short in the sense that the focus is only slightly longer than a standard 50mm. In a physical sense, it is a hefty lens, but that cannot be helped with this brightness. This focal length, 85mm, is very popular among portrait photographers because it offers a nice working distance from your model for portraits that need to show the head and shoulders. An 85mm also gives a slightly flatter perspective than a standard lens, which makes the appearance of protruding parts of a face, such as noses, ears and chins, very natural. That flatter perspective also ensures that you also get a different view for documentary shots and landscape shots than when using a standard lens. Thanks to the high brightness, you can also get a paper-thin depth of field with this lens. When a model is at an angle to the camera, it’s impossible at full aperture to get both eyes in focus. If your model looks straight into the camera, both eyes are sharp, but the nose and ears are already out of focus. Backgrounds dissolve completely at f/1.4. That is exactly what these kinds of lenses are made for. With a bright telephoto, you get a lot of bokeh, so that your subject seems to come loose from the background. Thanks to the image stabilization, this is a lens that lets you shoot in even less light than with the EF 85mm f/1.2L. The bokeh of the 85mm f/1.2L is just a fraction better, but the EF 85mm f/1.4L IS USM, with its faster autofocus and image stabilization, is so much more widely usable that for most Canon photographers, this will surely be the ultimate 85mm.

The Canon EF 85mm f/1.4L IS USM is a fast lens in two respects. It is bright, allowing you to use short, fast shutter speeds, and it focuses quickly. In that respect, it is a step forward compared to the EF 85mm f/1.2L. With that lens, the whole optical block moves, and that does not happen very quickly. The EF 85mm f/1.4L IS USM is what’s called a ‘rear focusing’ lens, in which only one lens or lens group handles the focus. That’s much faster. This makes it easier to focus on moving models, and the lens is also more useful as a documentary lens. 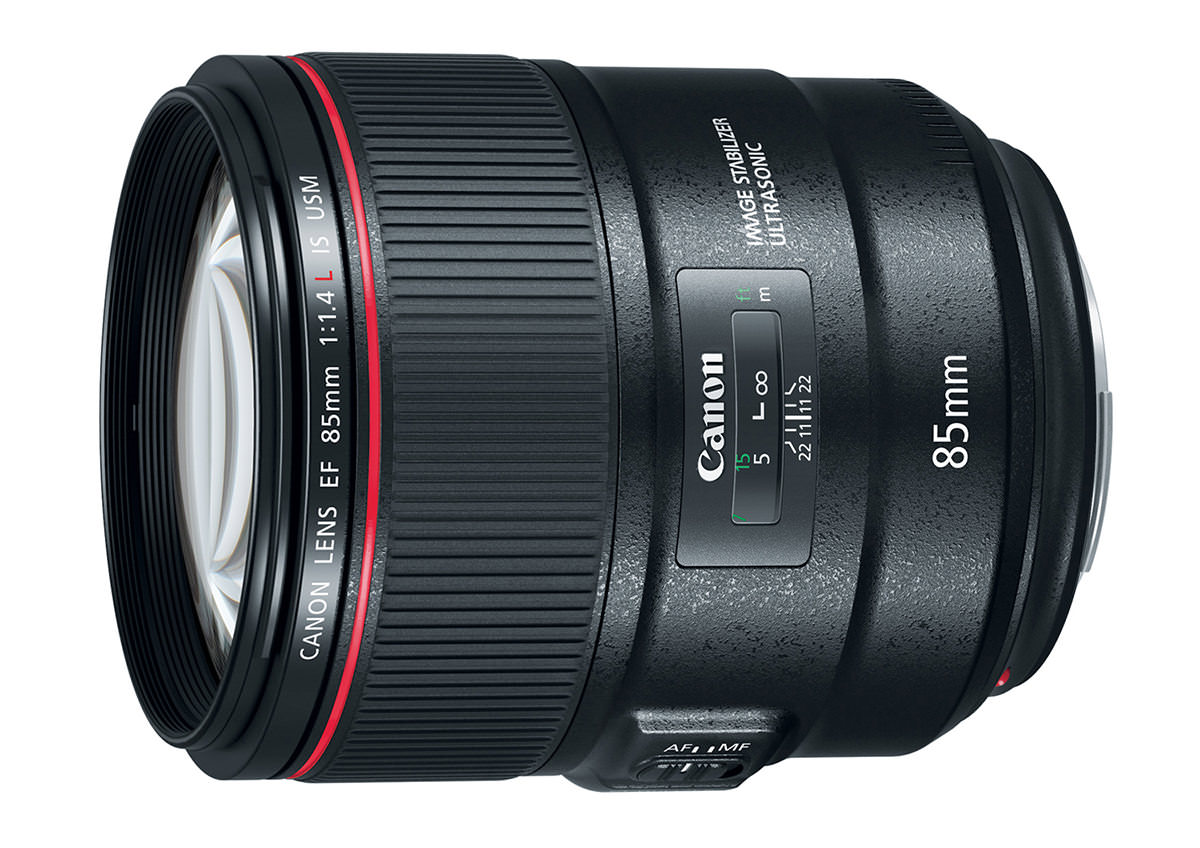 The construction of this lens is, as with all Canon L lenses, of a high level. This lens is made for years of heavy professional use, and you can feel that. Everything is solid and free of play. You also feel it in the weight. That is substantial, at 950 grams. The dimensions are also substantial, at 89x105mm and a filter size of 77 mm. In combination with a Canon full-frame body, you end up with a good deal of weight in your hands, so you will have little trouble with vibration, even without stabilization. The lens is equipped with a rubber gasket on the back to also make the connection to the mount dust- and moisture-tight. We also find a window on the lens that shows the set distance, and two switches for autofocus and image stabilization. The lens is a lot longer but also slimmer than the fairly fat EF 85mm f/1.2L and is therefore more comfortable in the hand. The lens has nine aperture blades and a shortest setting distance of 0.85 cm. That is more than enough for portraits, but of course it’s not a macro lens with a maximum magnification of 0.12x. 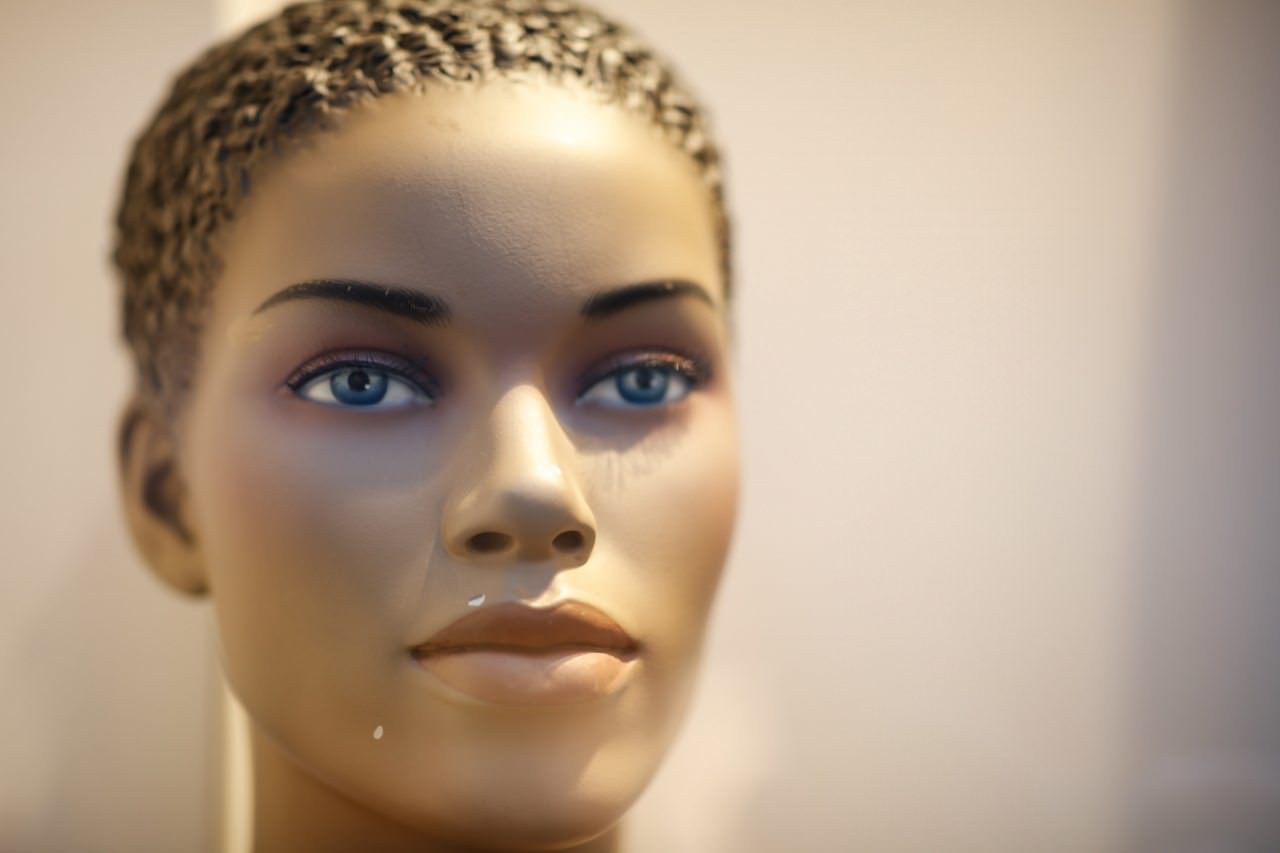 The Canon EF 85mm f/1.4L IS offers fantastic sharpness right from full aperture. Not only in the center, but also in the corners. After stopping down, this sharpness increases even more in the center, while the corners remain uniformly good. At f/4, you get the optimal sharpness from the lens, but f/2.8 and f/5.6 are only slightly less good. The more blur and the bigger the aperture and contrast, the more emphatic this effect is. For portrait photography, you will not soon be bothered by this, but if you have sparkling jewelry or rippling water in the photo, you might. Fortunately, it quickly disappears as soon as you stop down a bit.

In RAW, you will clearly notice some vignetting at full aperture. Whether you find that annoying or beautiful is a matter of taste. You can of course turn on the automatic corrections in the camera, so you will not see any of it in the jpegs. 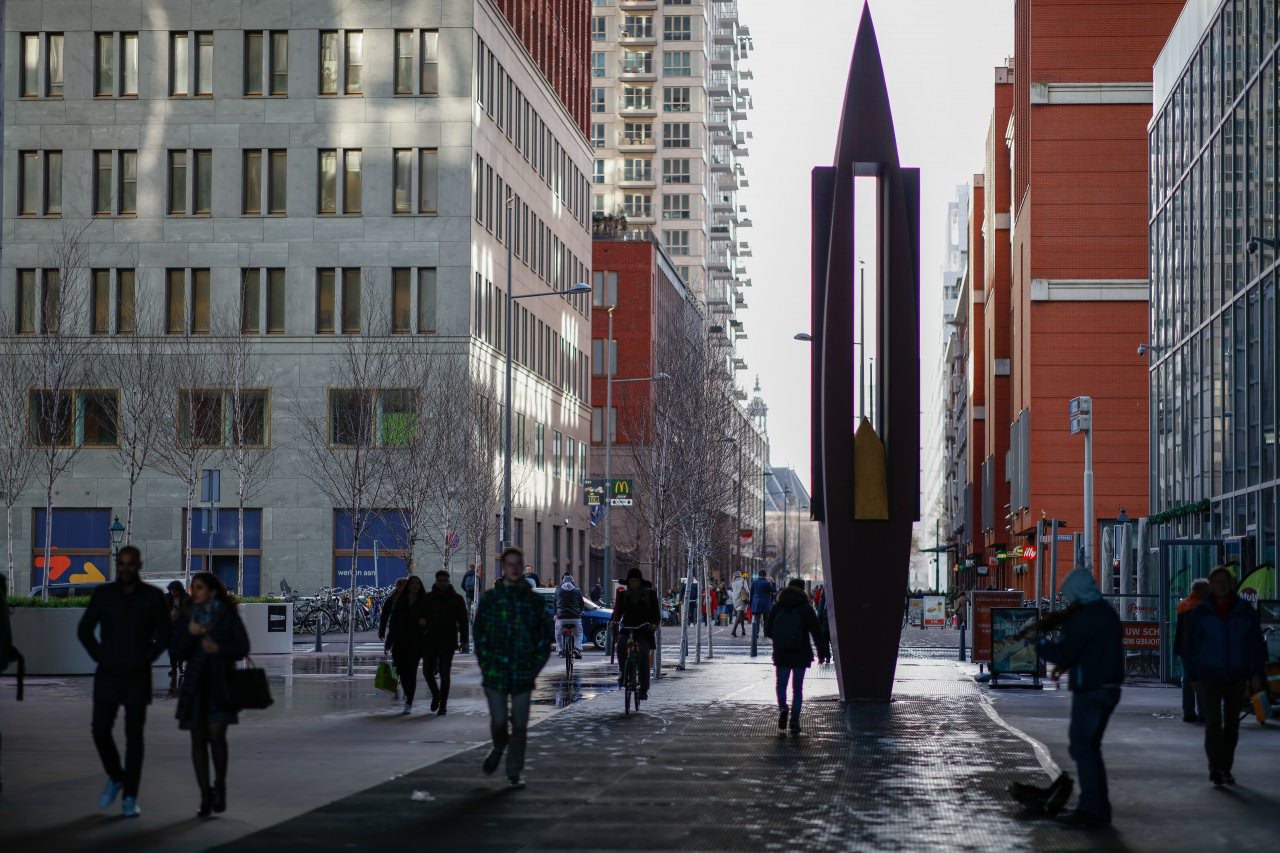 Chromatic aberrations are reasonably suppressed, but not completely absent. Especially at full aperture, you can get magenta colored edges around blurred transitions with a lot of contrast in the foreground, and green edges in the background. 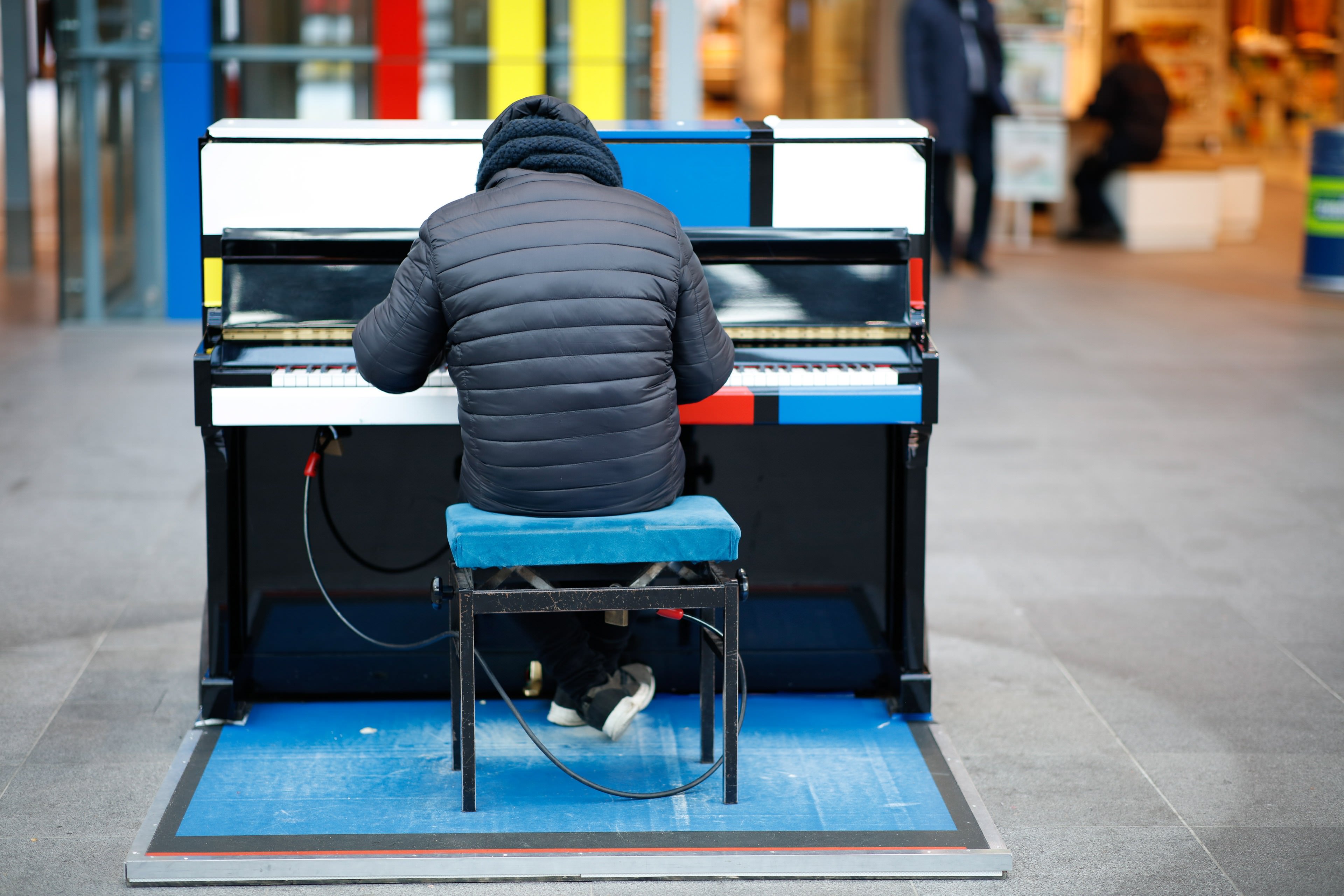 The bokeh of the Canon EF 85mm f/1.4L IS USM is beautiful, and that is of course one of the things you buy a lens like this for. It is just a fraction less than that of the 85 mm f/1.2, and it will generally be more than enough. If you focus on the iris for a close portrait at full aperture, the tips of the eyelashes may already be out of focus. The depth of field at f/1.4 is that thin. The quality of the bokeh is beautiful, and that’s also important. Light spots in the background have a nice, soft edge and no restless structures within the light circle.

The Canon EF 85mm f/1.4L IS USM is optically among the very best.

The Canon 85mm F/1.4L IS USM is perhaps the best 85mm that Canon has made. The specifications are less spectacular than those of the 85 mm f/1.2, but in practice, the lens makes up for that with its much faster autofocus and image stabilization. Compared with the 85 f/1.8, the higher brightness and weather resistance are major plusses. This lets you use this lens for pretty much anything, from documentary to portrait and fashion. You do not have to worry that the autofocus cannot keep up with moving subjects, and with this lens, the time after sunset is great for going outside to take pictures. Even if it’s snowing or raining. There is a hefty price tag attached to this lens, but it’s certainly worth it.