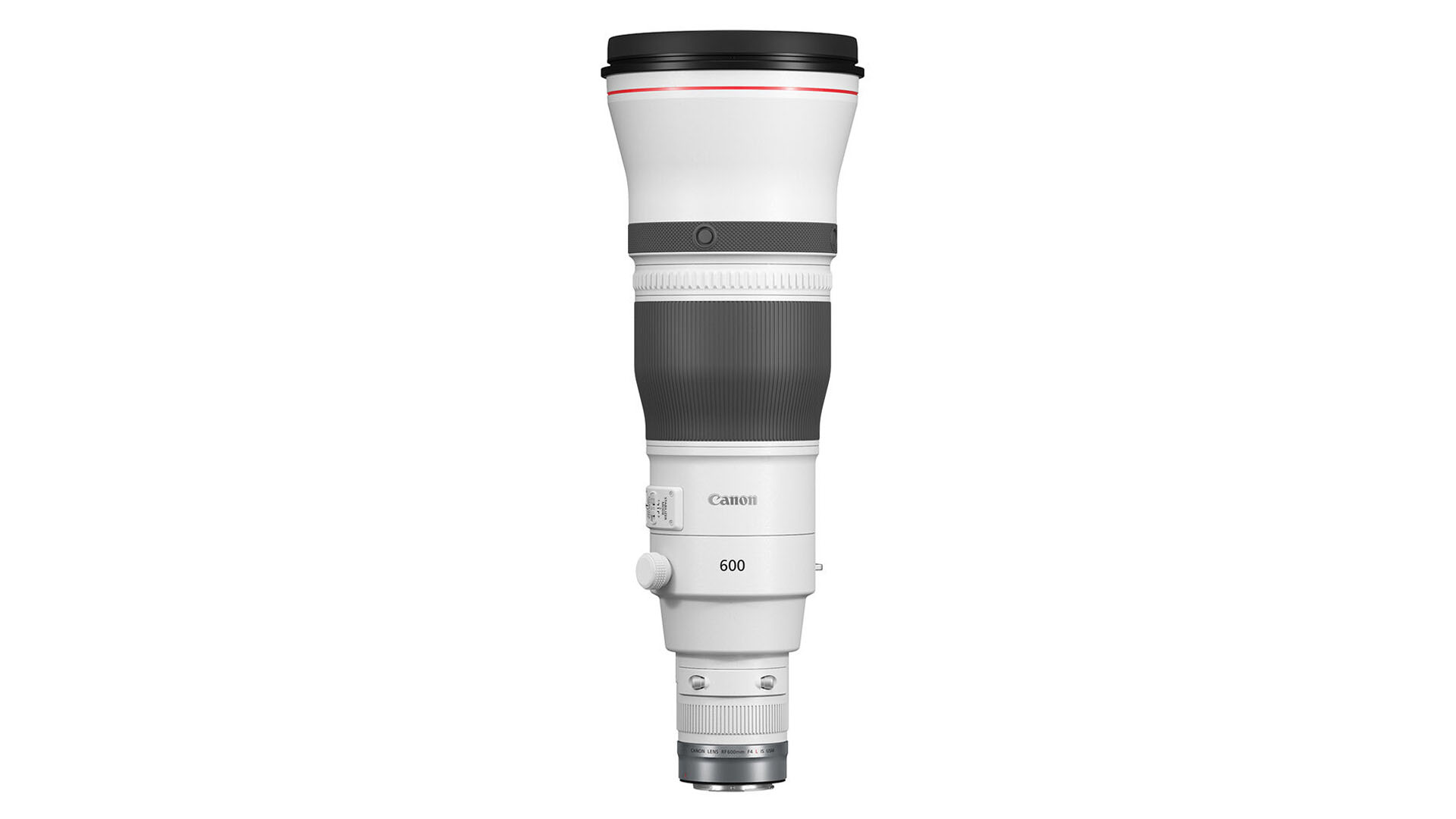 The Canon RF 600mm F4L IS USM is actually not a really new lens. The optical design and ergonomics are the same as those of the EF 600mm F4L IS USM III. The permanently attached adapter even has a metal color to emphasize this. That’s not a problem, because the EF version is very new and also very good.

If you want to be a complete camera system, you also have to offer long telephoto lenses. For photographers using Canon’s mirrorless R models, there is plenty of choice in this area. For photographers on a small budget, there is the groundbreaking Canon RF 600mm F11 IS STM. For nature and sports photographers who want to take the most beautiful pictures under all circumstances, even in bad weather and low light, there is the Canon RF 600mm F4L IS USM. This light giant is three stops brighter than the RF 600mm F11 IS STM. This allows you to use shorter shutter speeds and/or lower ISO values and you get much less depth of field and thus a more beautiful bokeh and backgrounds that are much vague. As a result, photos of athletes with full stands in the background or animals against a background of trees and leaves are much more beautiful. The background is less distracting and all the attention is focused on the subject. But you pay a lot more for those three extra stops. The RF 600mm F4L IS USM costs about 17x as much as the Canon RF 600mm F11 IS STM and is more than three times as heavy. In addition to the much higher brightness, you also get better optical performance, faster autofocus, more switches and options and a much higher build quality. 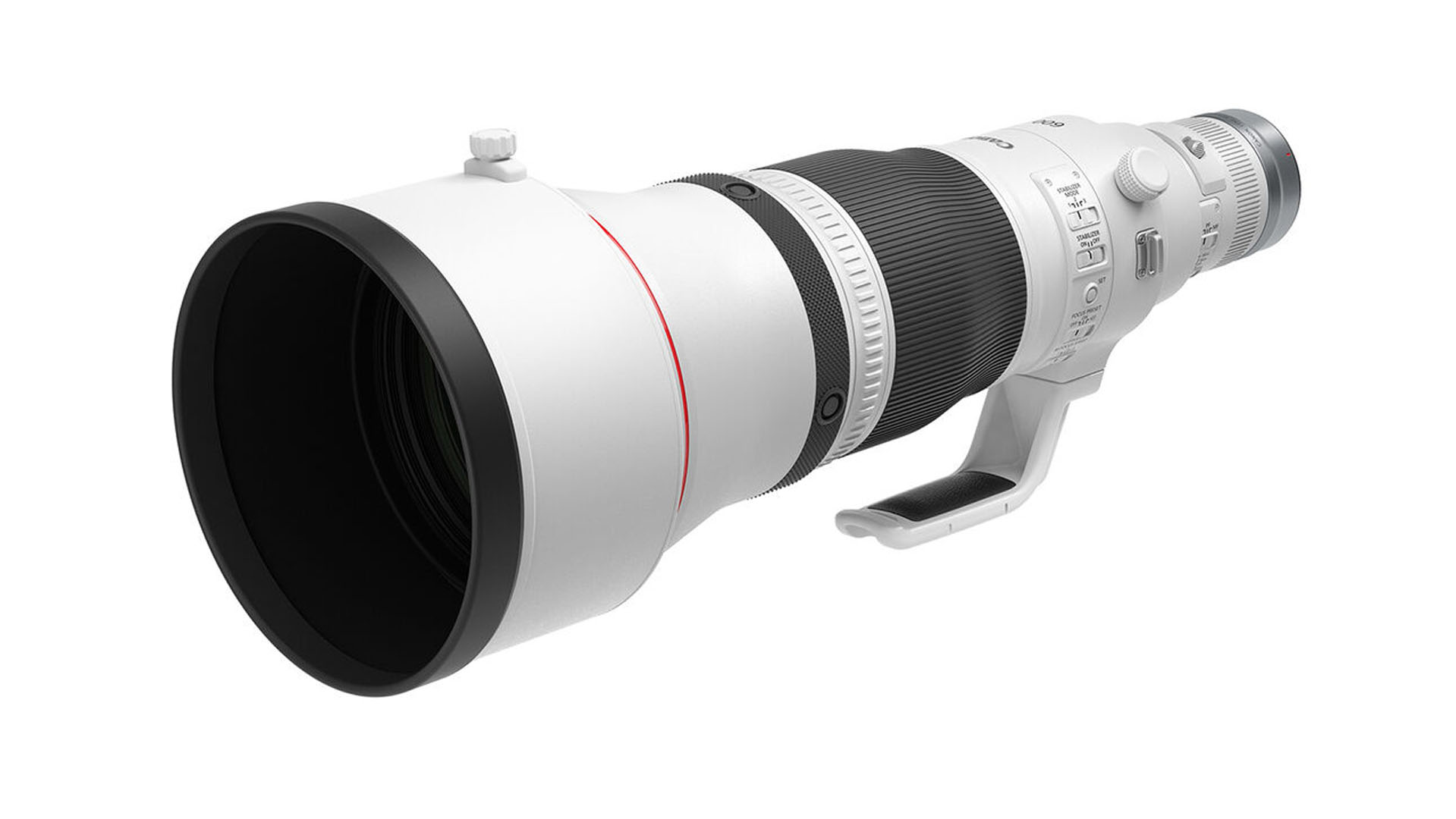 The Canon EF 600mm F4L IS III USM is a formidable lens, and the RF version will not disappoint the lucky few who buy one. However, it is a pity that Canon has not just taken an extra step in converting EF to RF. In any case, what is missing is a Control Ring. This is something that makes RF lenses functionally slightly better than EF lenses. It is difficult to explain that precisely this capability that is lacking on one of the most expensive RF lenses. Canon could have gone a step further by not attaching a simple tube to the lens but by installing a switchable teleconverter. That would have made the lens even more expensive, but at the high price of this lens €1000.00 extra does not matter much anymore, we think. For RF users who already have the EF version of this lens, there is little reason to upgrade, and anyone who also uses a 5D or 1D series EOS or an EF mount video camera, the RF is even less attractive. Nevertheless, there may be a good reason for some photographers to upgrade. The RF version has more contacts for data transfer and power supply between the camera and the lens. As a result, the RF 600mm may work better with very fast cameras such as the EOS R3, which can shoot at 30 frames per second. 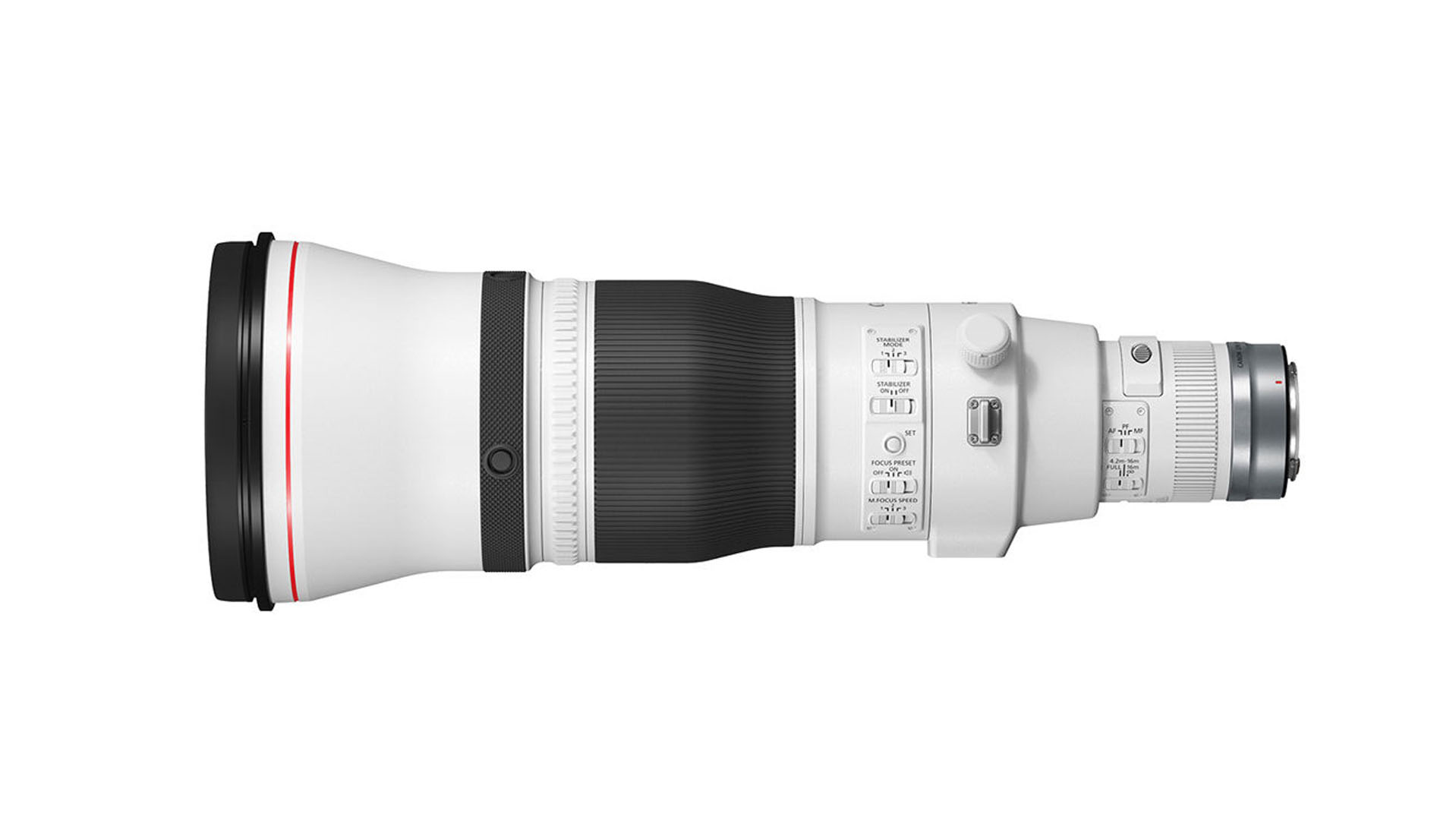 The Canon RF 600mm F4L IS USM is almost exactly the same as the EF version. Canon even emphasizes that it is basically the same lens by making the extra part on the back metal-colored instead of white. So it really seems as if a separate adapter has been mounted. All the controls are also identical to those of the EF version, from the wide focus ring, the ring for selecting one of the two presets and the four focus-hold buttons just before that to the switches for setting the focus, the focus range, the speed of the manual focus and the image stabilization. 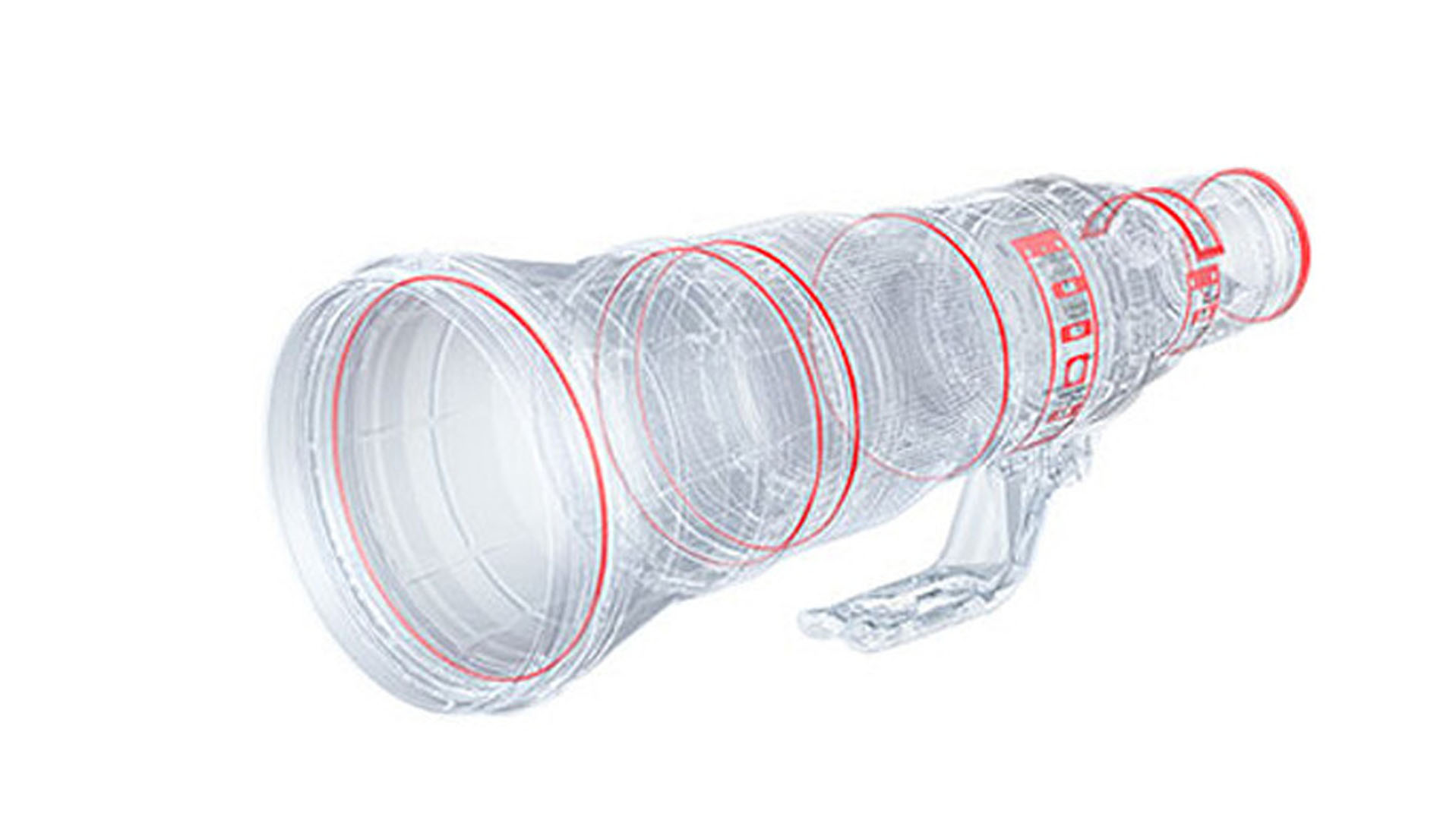 Optically, the RF600mm is exactly the same as the EF 600mm F4L IS III USM. The optical design has 17 elements in 13 groups, remarkably just like the EF 400mm F2.8L IS III USM. The elements have a Super Spectra coating, and both the front and rear elements have a fluoro coating to repel moisture and dirt. The aperture has 9 blades, for a nice round opening, although with this brightness and this focal point you will not have to complain about a nice bokeh anyway. The Canon RF 600mm F4L IS USM, just like the 400mm, has a 52mm drop-in filter holder at the rear and comes with a clear filter that should be used if no other filters are installed. The Canon RF 600mm F4L IS USM is of course weatherproof with gaskets around all moving parts and an additional gasket on the mount. It also has image stabilization that, according to CIPA standards, should be good for 5.5 stops. That number remains the same when the stabilization of the lens is combined with that of the camera. The stabilization of the camera therefore does not provide any additional benefit. For a lens with such a long focal length, this is to be expected.

This is a lens that will be widely used for sports and nature photography. A good autofocus system is very important for sharply recording fast-moving athletes or animals with very little depth of field. The Canon RF 600 mm f/4L IS USM has virtually the same autofocus capabilities as the EF version. The Ring-USM motors are the same and the same applies to the operation. The focus ring can be used for the direct correction of the autofocus, and there are even three sensitivities adjustable. This allows you to choose between the slow and accurate setting or making quick adjustments over longer distances. Also, two focus points can be quickly pre-programmed so that you can go directly to them when necessary. The white ring for the focus ring lets you go directly to one of these two points. A small difference between the RF 600 mm f/4L IS USM and the EF version is that the RF 600 mm has extra contacts. This allows more and thus faster data transfer between the lens and the camera. For the time being, it is not known whether this will also result in a faster or better autofocus, but it may be the case with new cameras (EOS R3?) or future firmware upgrades. 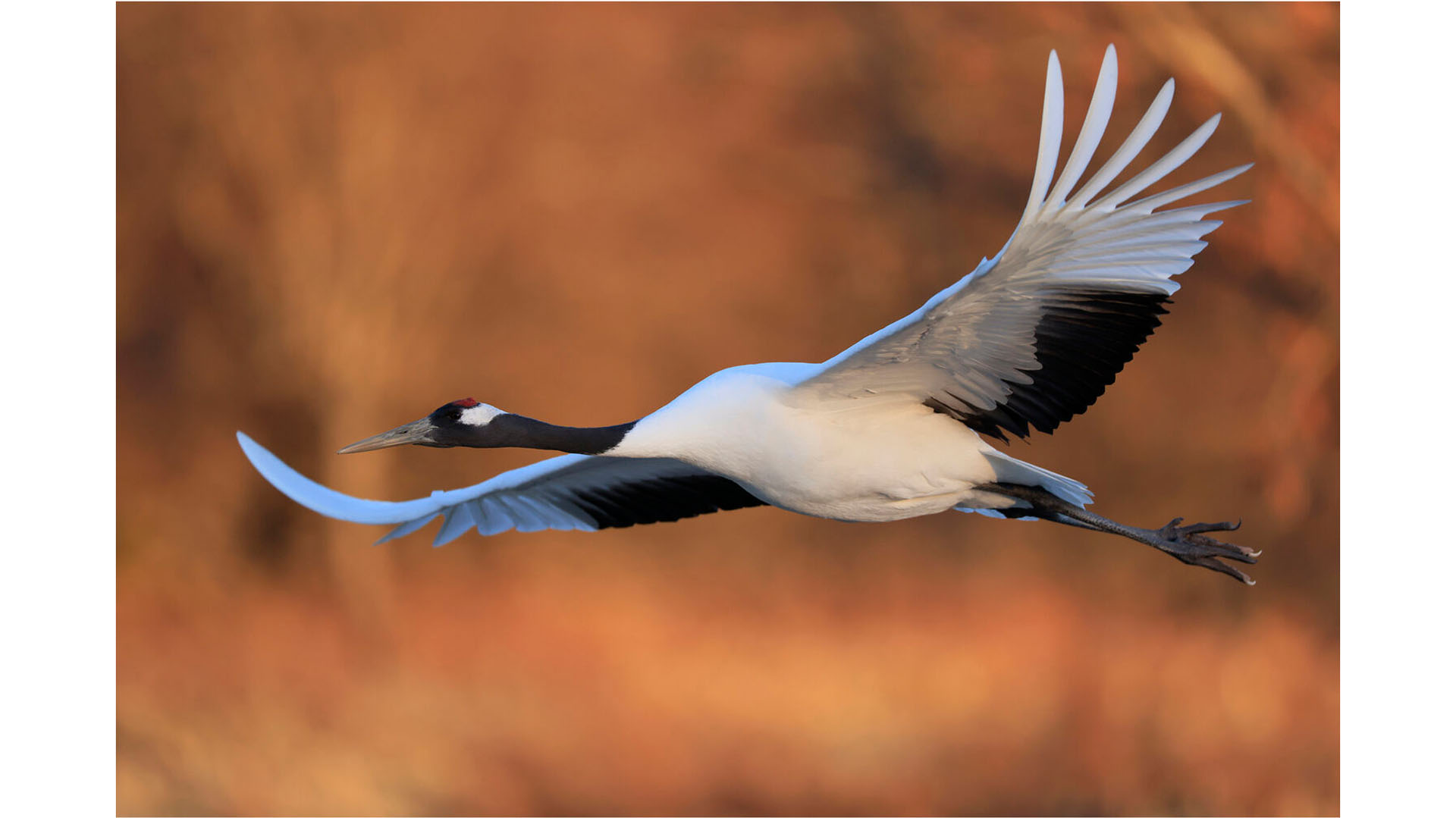 The shortest setting distance of the Canon RF 600 mm f/4L IS USM is 420 cm. This is the same as with the EF version, and the maximum magnification you can achieve with it is 0.15x. So that’s not really suitable for macro. Because of the long “shortest” setting distance, it is therefore always useful to have a second camera with, for example, a 70-200mm or a 24-70mm handy. Otherwise, you suddenly miss the action when your subject comes very close.

The Canon RF 600mm F4L IS USM is particularly good. This is clearly shown by the MTF curve, and we also know that from previous experiences with the EF 600mm F4L IS III USM. The sharpness is already excellent at full aperture and high up to the corners, the contrast is particularly good, and color errors are virtually absent. Only at full aperture you could see some vignetting, which decreases if you stop down. Thanks to its high sharpness and above all the lack of chromatic aberrations, you can use this lens perfectly well with the teleconverters from Canon. They enlarge the image but also the lens errors. If you have a lens that has virtually no lens errors, you will not see it when you use the converters. You do lose a very small amount of sharpness, but that is less than when you work without a converter and crops the image afterwards. 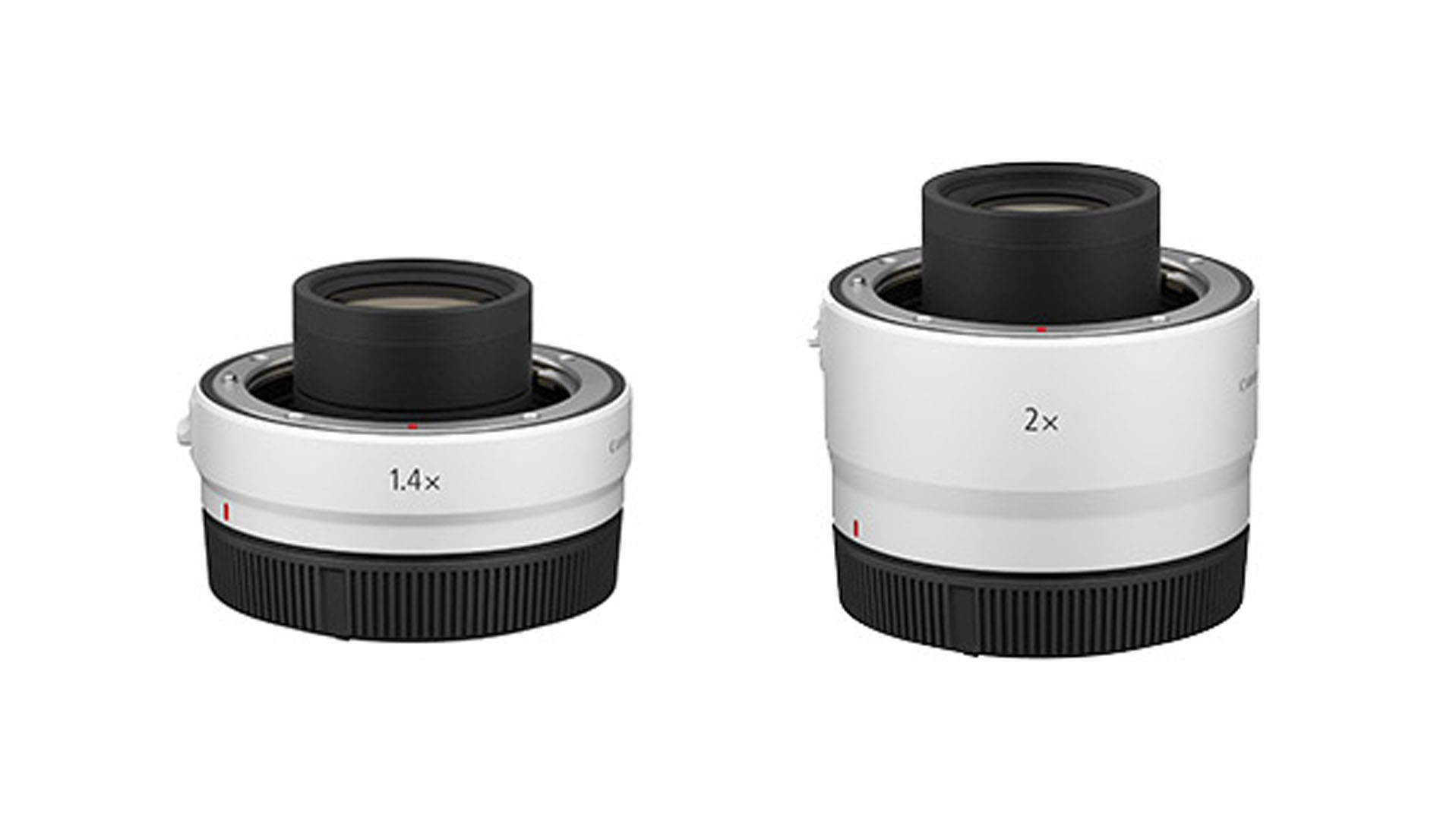 The Canon RF 600mm F4L IS USM is a very good telephoto. However, it is hardly different or better than the EF 600mm F4L IS USM III. There was not much to improve on, because the EF version is still very new and much lighter than the previous model. If you already have an EF to RF adapter, you might as well go for the EF version. Especially as long as the RF version is not yet available. Nevertheless, the RF version seems to offer a few small advantages compared to the EF model, for those who want to get the most out of the latest cameras. The RF version has additional contacts,  which could, for example, provide better control of the autofocus on the EOS R3. The RF 600mm also prevents you from having to work with two intermediate pieces when using a teleconverter, which can provide additional play. If you opt 100% for the R-system, then you opt for the RF-600mm. If you also work with a Canon film camera with an EF mount or with a 1Dx model, you might want to opt for the EF version with an additional adapter.