The new AF-S Fisheye Nikkor 8-15mm f/3.5-4.5E ED is a fisheye lens with which you can zoom. In general, you buy a fisheye lens to be able to get as much in frame as possible. Why would you zoom with it? The reason is simple: because you can then switch between frame-filling and circular fisheye. The AF-S Fisheye Nikkor 8-15mm is an all-in-one fisheye that performs outstandingly on both FX and DX. 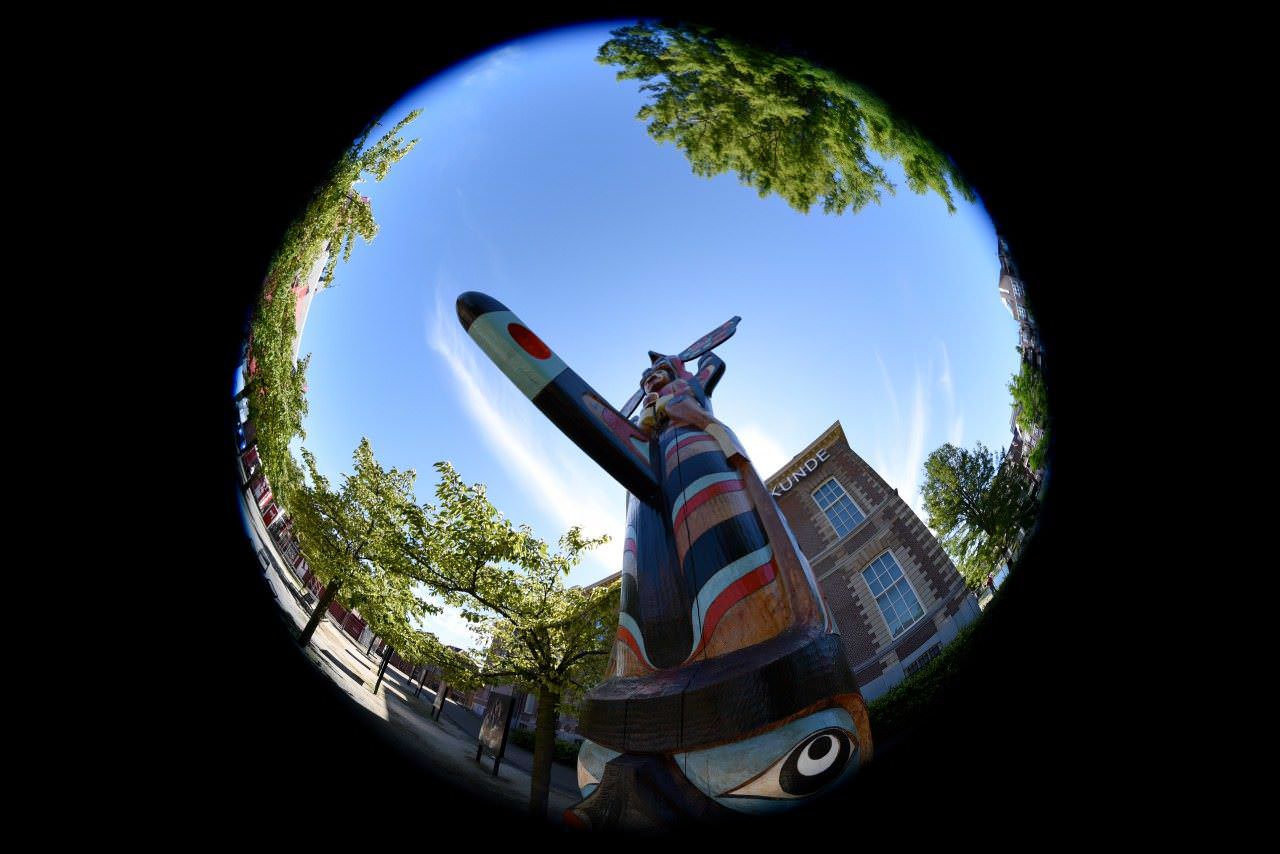 The Nikon 8-15mm Fisheye is, to paraphrase J.R.R. Tolkien: “One lens to rule them all.”

Nikon has always had a special relationship with fisheyes. In the analogue era, Nikon made three of them: a frame-filling 16mm, a circular 8mm and a spectacular 6mm with a field of view of 220 degrees. With that last lens, you could even look behind yourself. The new AF-S Fisheye Nikkor 8-15mm replaces practically all fisheyes that Nikon has ever made, except for that 6mm Nikkor. Even the more recent autofocus fisheyes like the 16mm f/2.8D for FX and the 10.5mm f/2.8G for DX have become extraneous with this lens. The AF-S Fisheye Nikkor 8-15mm is suitable for both FX and DX and can give both a frame-filling fisheye image and a circular image on full-frame cameras, just like the old manual 8mm Nikkor. The autofocus fisheyes from the D series could not focus on bodies that did not have a direct drive. The new one can. 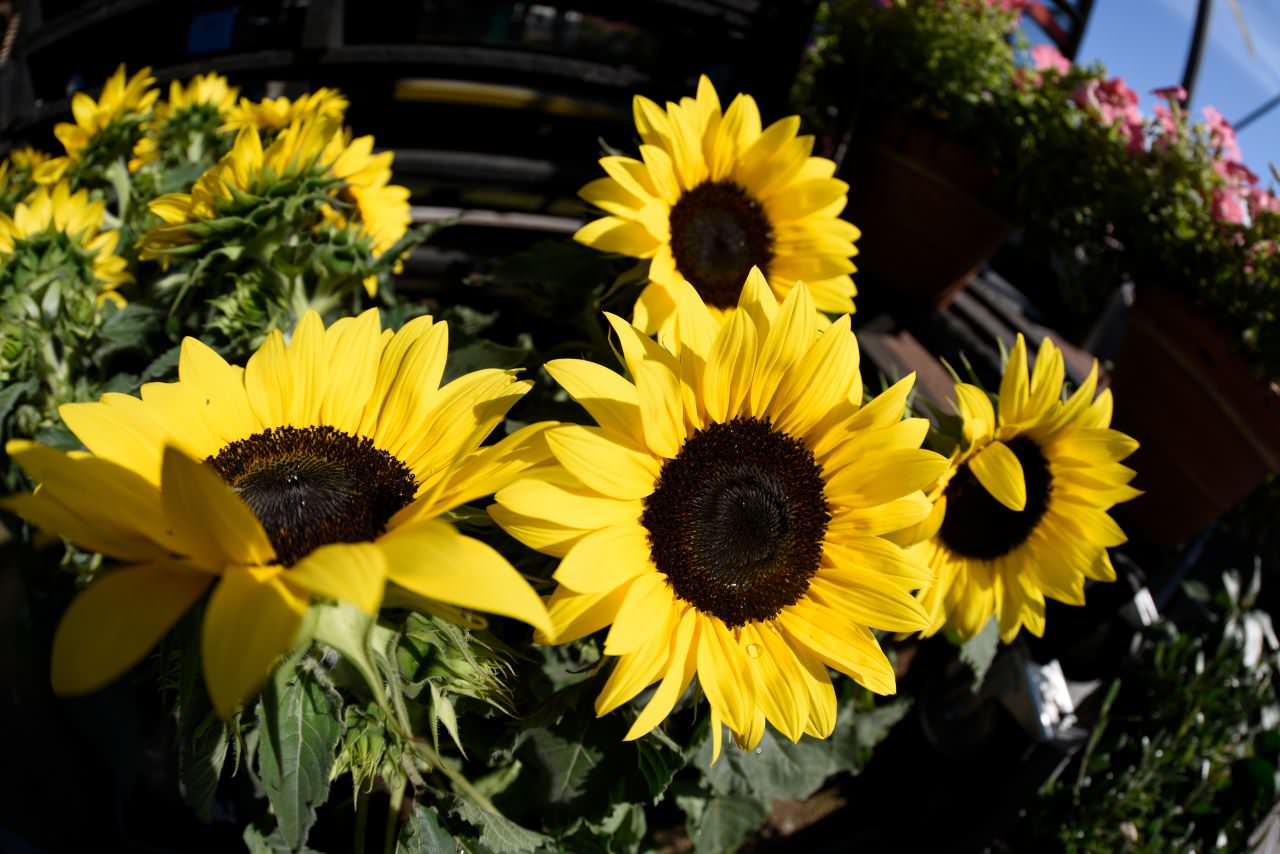 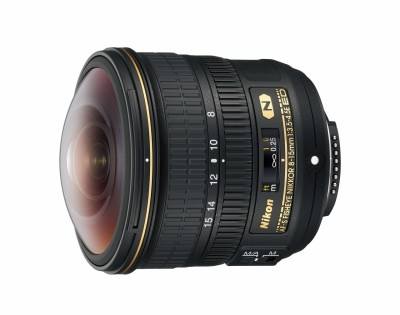 The AF-S Fisheye Nikkor 8-15mm is reasonably compact for a lens with such unique capabilities. But it is of course a good deal bigger than the Nikkor fisheyes with a fixed focal length. With a diameter of 77.5mm and a length of 83mm, it is about 12mm thicker and 20mm longer than, for example, the 16mm f/2.8D Fisheye Nikkor. The weight, at 485 grams is also some 195 grams more than the 16mm f/2.8D. You get something in exchange. On FX, this lens is a frame-filling fisheye in the 15mm mode, just like the 16mm f/2.8. If you zoom to 8mm, then you get a circular image with this lens. Sometimes, that is great as a special effect. But you can also use it for VR applications. The lens naturally has a convex, protruding front lens that you have to be careful with. The best thing is to always replace the lens cap after taking a shot. A lens hood is included for some extra protection, but it quickly results on FX for some screening, depending on the zoom mode used. The lens cap clicks firmly onto the lens hood. That makes putting on and taking off the lens cap a bit messier, but it also reduces the chance of losing it. And that’s good with this lens. The AF-S Fisheye Nikkor 8-15mm has modern Nano Crystal coatings, and the front lens element has an extra fluorine coating. That ensures that dust and grease will not stick as easily, and that you can clean the lens easily. The shortest setting distance is 16 cm. That gives a maximum magnification factor of 0.34x. That is much better than the fisheye Nikkors with a fixed focal point. With this AF-S Fisheye Nikkor 8-15mm, you can thus get nice and close. The lens has a slot on the back for the use of gelatin filters. The AF-S Fisheye Nikkor 8-15mm has a variable aperture from f/3.5 to f/4.5. The similar fisheye zoom from Canon has a fixed aperture of f/4. Certainly for video, zooms with a fixed aperture are, normally speaking, nicer to use, but with a fisheye zoom, it’s not important. You choose a zoom mode with this lens due to the effect. You will probably never zoom in or out during a shot with this lens. And for completeness: the AF-S Fisheye Nikkor 8-15mm does not have image stabilization. But that will come as no surprise. 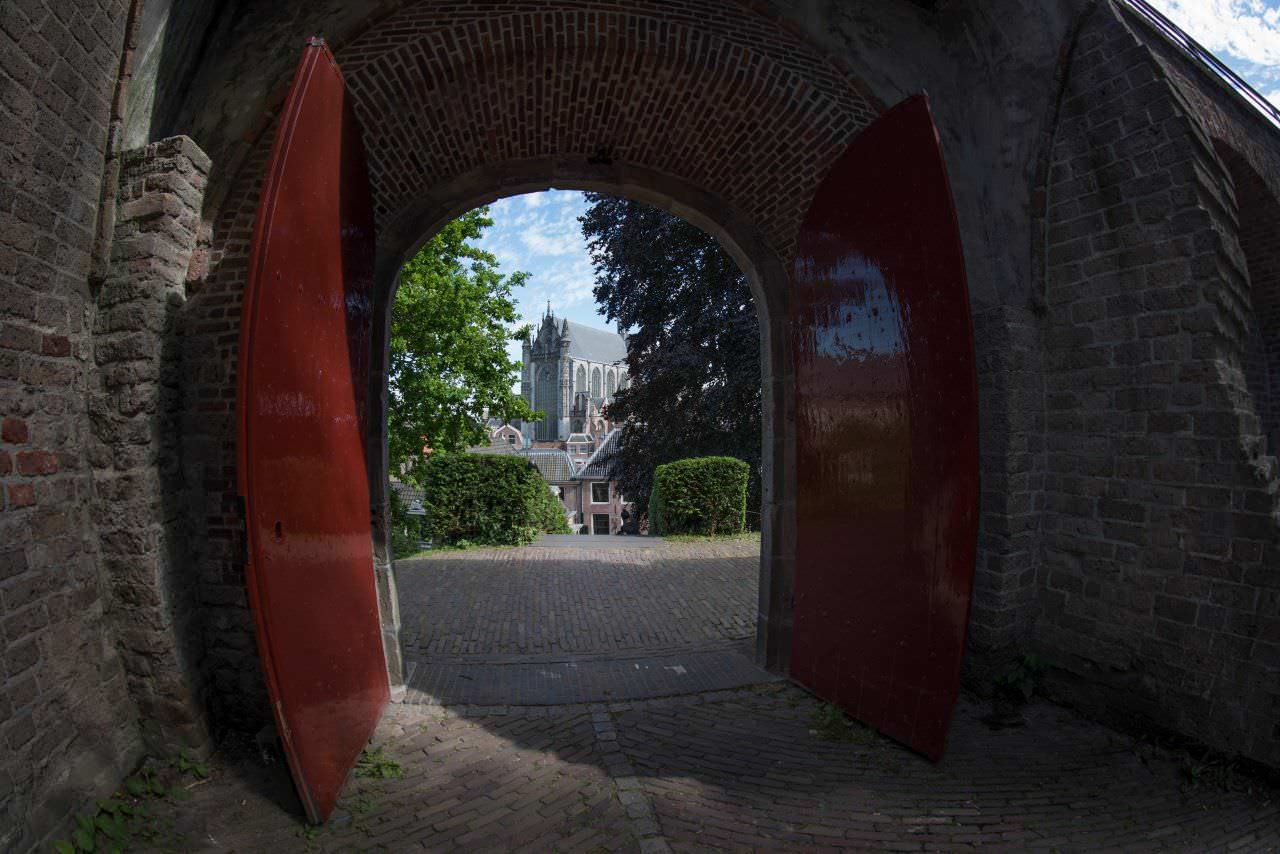 The optical performance of the AF-S Fisheye Nikkor 8-15mm is outstanding. The sharpness is high to the edges of the image, even when used on FX cameras. In the 8mm mode, the MTF curves from Nikon show a nearly perfect line. And in the 15mm mode, the drop off to the corners is still very small. The practice shots that we made with this lens support Nikon’s MTF curves. The lens performs exemplary at nearly all zoom modes, and the sharpness is already high at full aperture. You do not need to stop down a couple of stops with the AF-S Fisheye Nikkor 8-15mm for the best result, which was the case with older fisheye Nikkors. What you do have to watch out for with super-wide angle and fisheye lenses is of course the position of the sun. The lens has no difficulty with the sun fully in frame. The coatings then do their work exceptionally well. There is practically no flare or distracting glitter. The only times you can get into trouble is if you position the sun just at the edge of the frame. Then you can get some purple flare or – in a very few cases – veiling flare. When that happens, a small adjustment of the composition is often sufficient to counteract it. Chromatic aberration is, certainly with the lens corrections in the camera on, almost never found in practice. 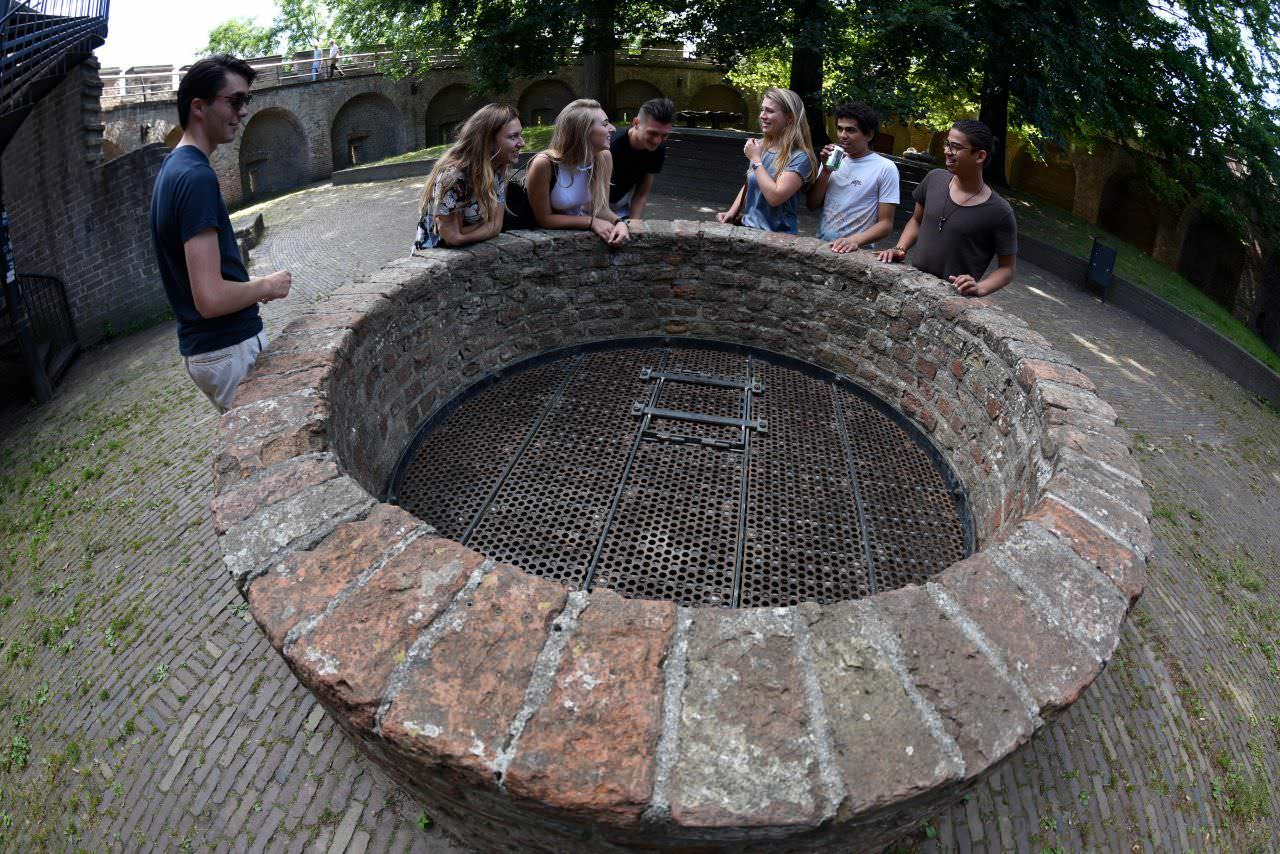 Of course there is distortion with the AF-S Fisheye Nikkor 8-15mm. That is a characteristic of fisheye lenses. If straight lines remain straight in the image, then it isn’t a fisheye, but a super-wide angle. That convex distortion can be used as a creative element, although it remains key to use those kinds of striking characteristics sparingly. A big advantage of fisheyes over super-wide angles is that objects on the edge of the frame do not get stretched out. With a super-wide angle, straight lines might stay straight, but a football at the edge of the field will quickly resemble an enormous egg. That naturally also has consequences for human shapes. With a fisheye, you have no trouble with that kind of problem. Shapes keep their normal proportions much more, and people even at the edge of the frame still look quite natural. That means that you can use this lens quite well for sports photography, where you want to show a lot of the background. Fisheye lenses are popular for that reason in the skating world. This is also an outstanding lens for underwater photography because you can get up close, get everything in frame and you do not see the fisheye effect underwater. Above water, you can minimize the fisheye effect by choosing your subject carefully and holding the camera level. Then the horizon at least stays nice and straight. 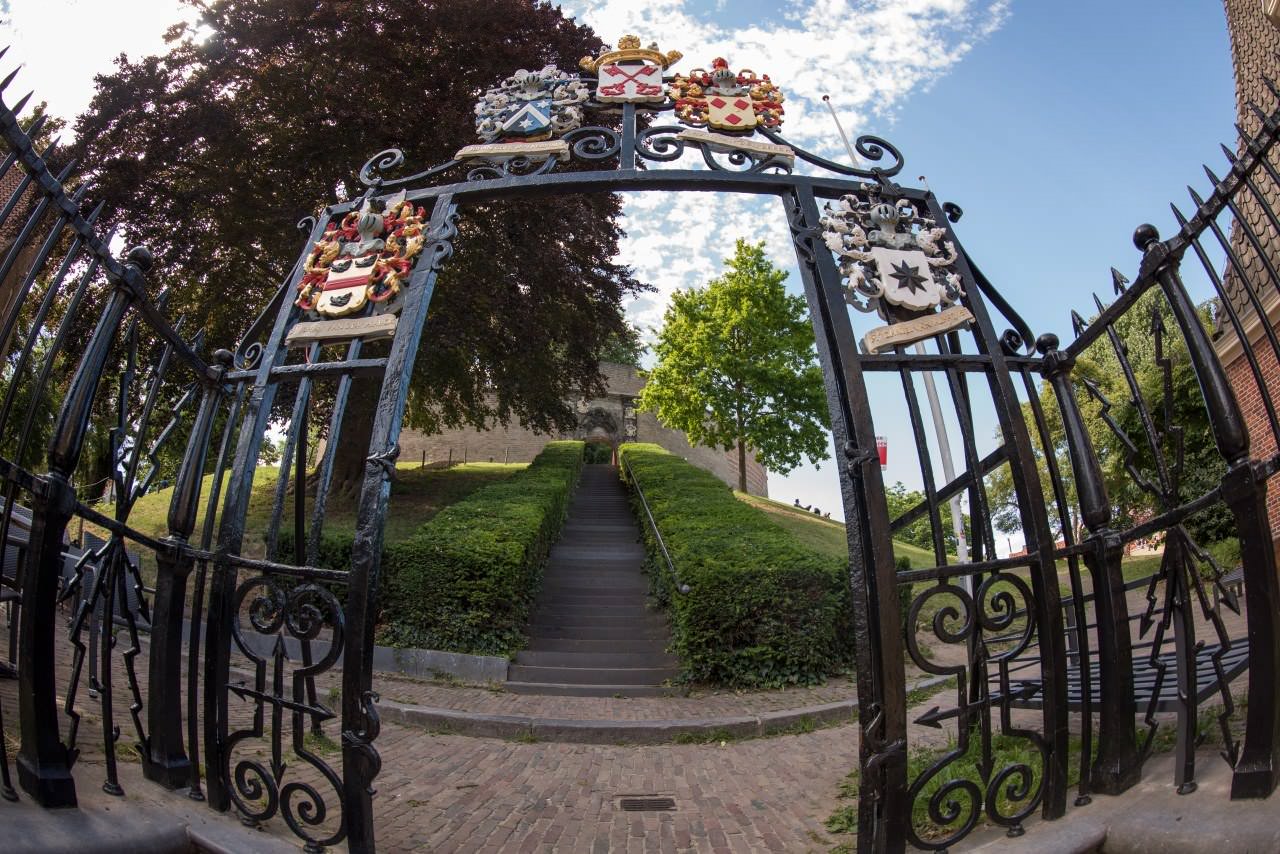 The AF-S Fisheye Nikkor 8-15mm is an all-in-one fisheye that performs outstandingly on both FX and DX.

The Nikon AF-S Fisheye Nikkor 8-15mm f/3.5-4.5E ED is an outstanding fisheye and probably the only and perhaps the last one you will ever need. It can be used on FX and DX cameras and offers various options, all in one lens. It is a bit less bright than the fisheye lenses from Nikon with a fixed focal length, but at full aperture it does offer a higher image quality. And that is more important than an aperture of f/2.8 with less sharp corners. The lens is solidly built, the autofocus is fast and noise-free, and lens errors are practically absent, apart from the enormous barrel-shaped distortion. But that’s not a lens error with this lens, but the reason you buy the AF-S Fisheye Nikkor 8-15mm.