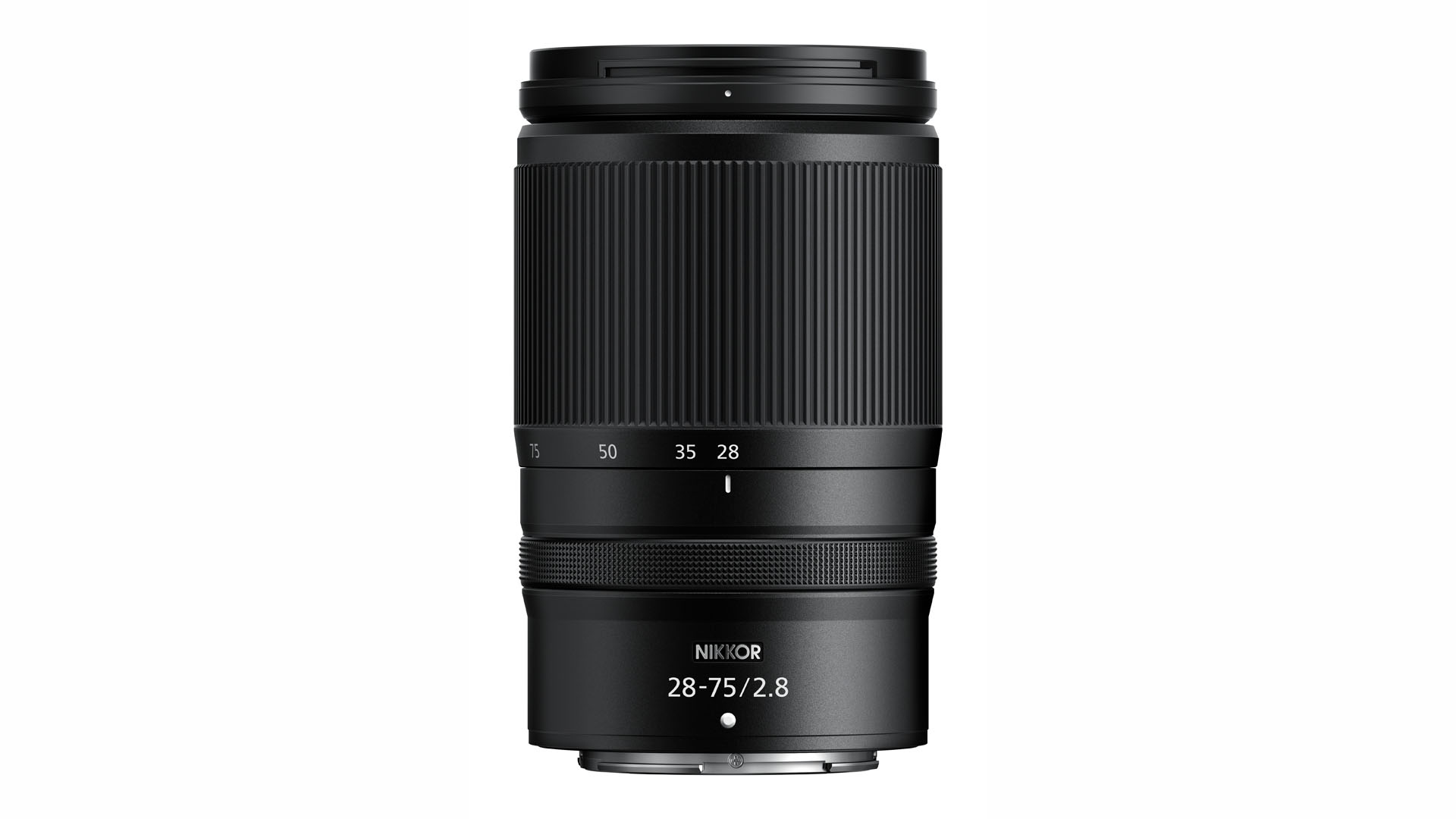 With the Nikon Z 28-75 mm F2.8, Nikon Tamron and Sigma follow the trend of lighter and brighter lenses with a shorter range.

With the arrival of the Nikon Z 28-75mm F2.8, Nikon also has a bright standard zoom with limited dimensions at a reasonable price. The price you pay for this in terms of possibilities is a slightly smaller range. Given the success of the popular Tamron 28-75mm F2.8 Di III RxD, this is a compromise that many photographers are happy to make. Since the introduction of the Tamron, a standard zoom that only starts at 28mm is once again in fashion. For a long time, it seemed as if a zoom range of 28-75mm was something from the end of the last century and that we would not see them again with the rise of the 24-70mm zooms. Professionals and demanding prosumers bought an F2.8 version. For photographers with a smaller budget and for photographers who did not like the weight and dimensions of a 24-70mm F2.8, there was the F4 version. However, a 24-70mm F4 has a disadvantage: you never get the thin depth of field and thus the beautiful background blur that you get with an F2.8 zoom. It is also less suitable for shooting in low light. Tamron showed with the 28-75mm F2.8 Di III RxD that there are many photographers who are happy to give up 4mm of wide-angle range for a higher brightness, smaller dimensions, a lower weight and a lower price. That’s a lot to gain by giving up a bit of wide angle. 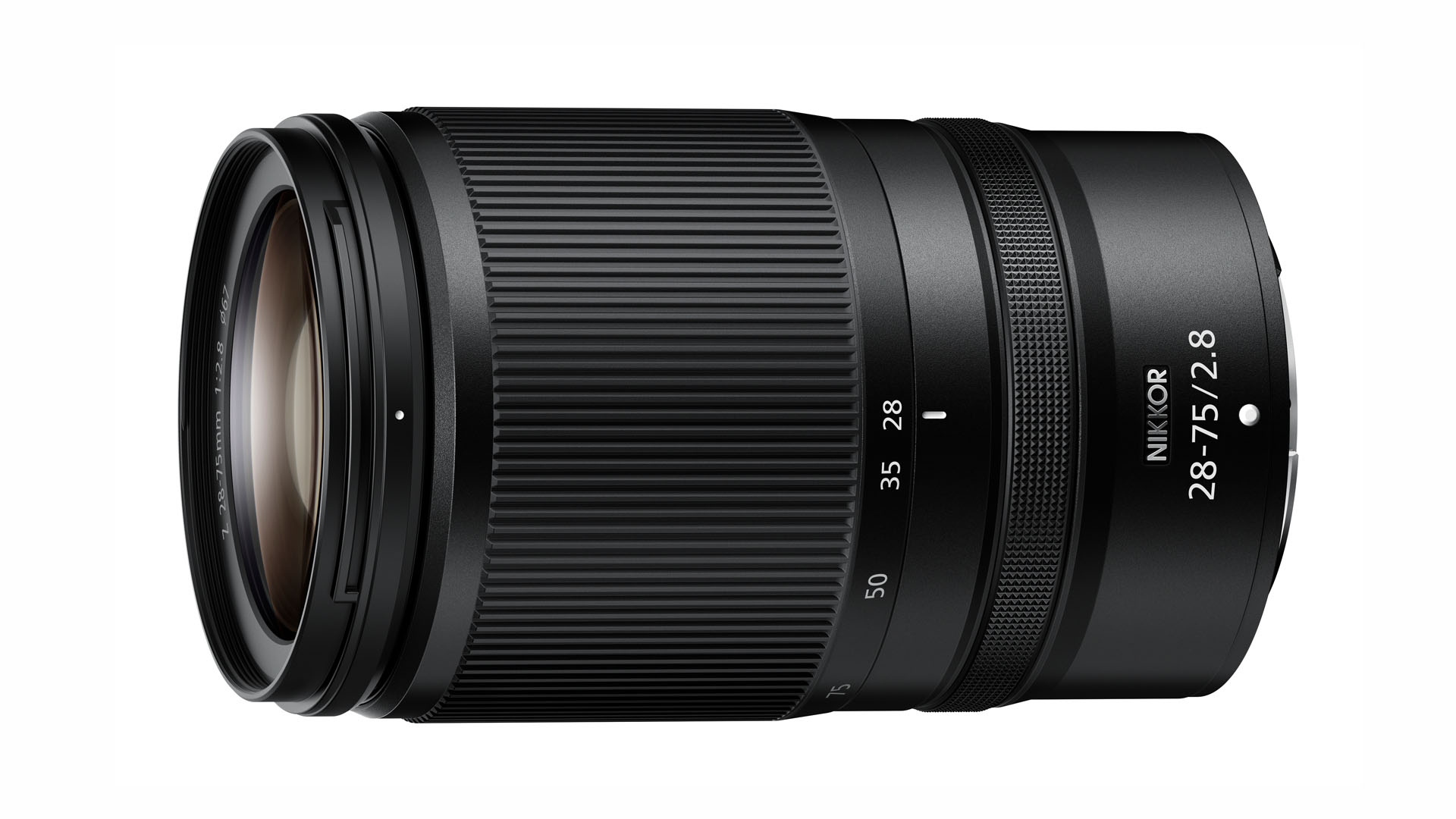 The Nikon Z 28-75mm F2.8 is slightly less compact than the other Nikon option in this class, the Z 24-70mm F4 S. It is about 23mm longer, but slightly slimmer. It is also a bit heavier, although you will not really notice the extra weight of 65 grams. It is a fairly simple lens, with a wide zoom ring at the front and a narrow control ring closer to the mount. As we are used to from Nikon, you can program this control ring to use it to adjust the sensitivity, aperture or exposure correction as long as you do not want to use it for focusing. Unfortunately, the lens has no AF/MF switch or a switch-to-switch functions. The Z 24-70mm F4 S does.

The lens is weatherproof, and it also has a gasket on the back. The front element is also coated to make it easier to keep it clean and moisture-free. However, Nikon does not call it a fluorine coating, something that the Z 24-70 mm F4 does have. The other coatings are also slightly simpler than with the 24-70mm. The 28-75 mm only has Nikon’s SiC (Super Integrated Coating), the 24-70 mm F4 combines it with Nikon’s newer Nano Crystal Coating. The optical design of the Nikon Z 28-75 mm F2.8 consists of 15 elements in 12 groups. The lens has 1 Super ED element, 1 ED element and 3 aspherical elements. The diaphragm has nine rounded blades, and the filter size is 67mm.

For focusing, the Nikon Z 28-75 mm F2.8 uses an STM motor. This is a stepper motor that is often sufficiently fast in compact lenses. STM motors are also very quiet and can smoothly shift the focus during filming. The shortest setting distance varies with the focal length. At 28mm that is 19 centimeters, at 75mm 39 cm. The maximum magnification that can be achieved is 0.34x or about 1:3. That’s not bad. 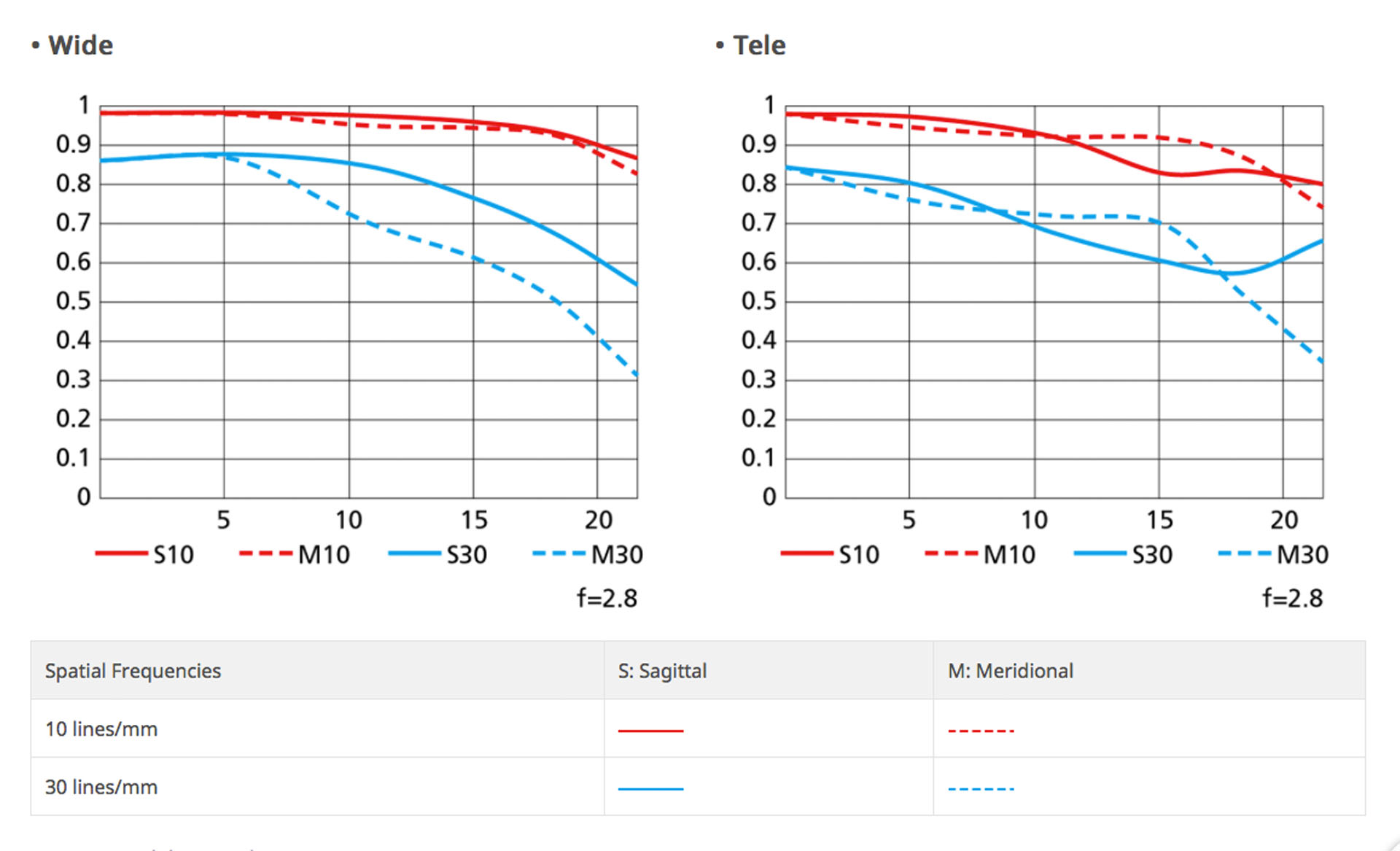 The MTF curves of the Nikon Z 28-75 mm F2.8 already show considerable center sharpness at full aperture. Both in the wide angle and the telescopic position there is a gradient to the corners of the sharpness. Compared to the Nikon Z 24-70 mm F4 S, the sharpness to the corners in the wide-angle position is slightly larger with the new 28-75 mm and fine details are displayed slightly better with the S lens at full aperture, especially in the telephoto position. Of course, you cannot compare the MTF curves of both lenses very well. The Z 28-75 mm F2.8 will undoubtedly perform slightly better if you close the aperture to the same value as the S lens, F4. The Z 24-70mm F4 S has the disadvantage that the wide angle is 24mm. The Z 28-75 mm is probably a little easier with “only” 28mm. All in all, the Z 24-70 mm F4 S looks a fraction better, but it is questionable whether these differences will come out in practice.

There were quite a few Nikon photographers who looked with some envy at the Tamron 28-75mm F2.8 for the Sony system and wondered if and when that lens would become available for Nikon. These photographers now finally have a similar lens for their Z-cameras. The Nikon Z 28-75 mm F2.8 is a good option for photographers who do not have the budget for a Z 24-70 mm F2.8 S, but who still want that brightness to be able to shoot in low light or with a shallow depth of field for the most beautiful bokeh.