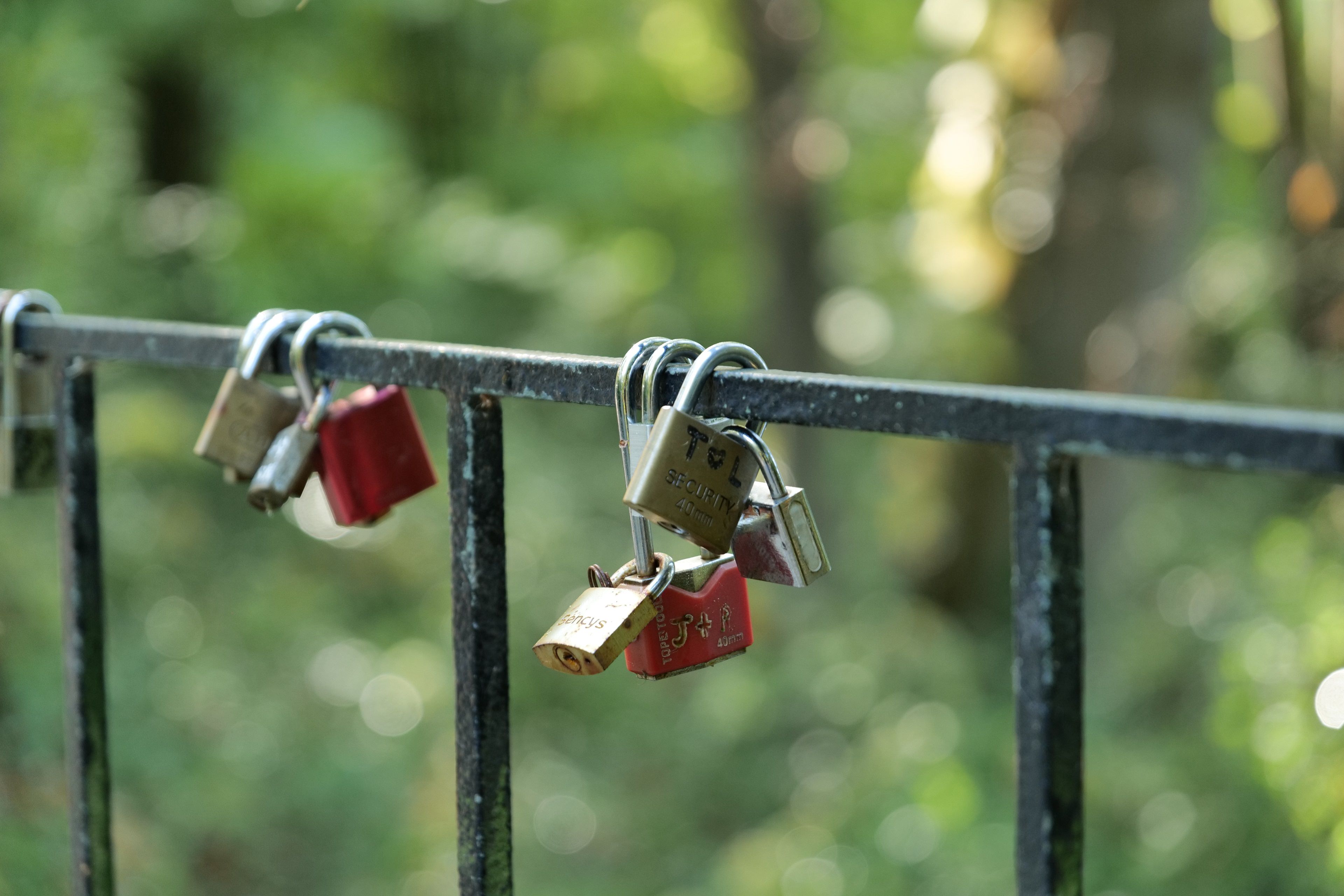 The Panasonic LUMIX S5 is a cheaper and more compact alternative to the Lumix S1 system camera. What’s the difference from the S1, and is it worth its price?

The Panasonic Lumix S5 is Panasonic’s fourth full-frame system camera with L-mount lens mount. Where the first three (S1, S1R and S1H) are quite large, the S5 goes in the other direction; it is smaller and lighter than the GH5, although the latter has a much smaller Micro Four Thirds sensor.

The S5 shares a lot of technology with the S1, such as the 24.2-megapixel full-frame CMOS sensor with a sensitivity of ISO 100 to ISO 51,200 (expandable to ISO 50-204,800). Like the S1, the S5 has built-in image stabilization (IBIS) that works together with the stabilization in the Lumix S lenses, for a maximum gain of 6.5 stops according to the CIPA standard. The IBIS also allows a High Resolution shooting mode, combining eight shots into a 96-megapixel image. 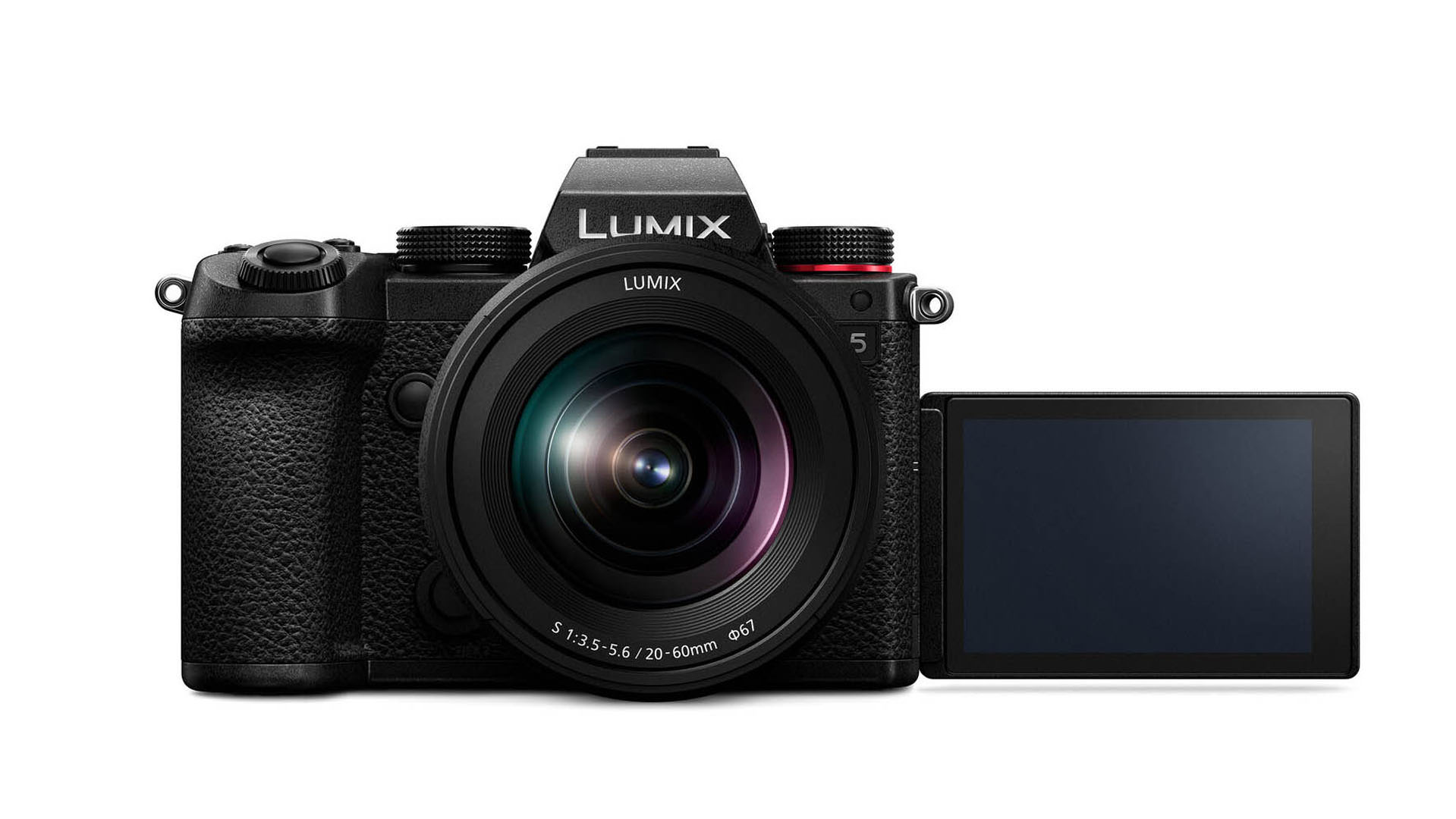 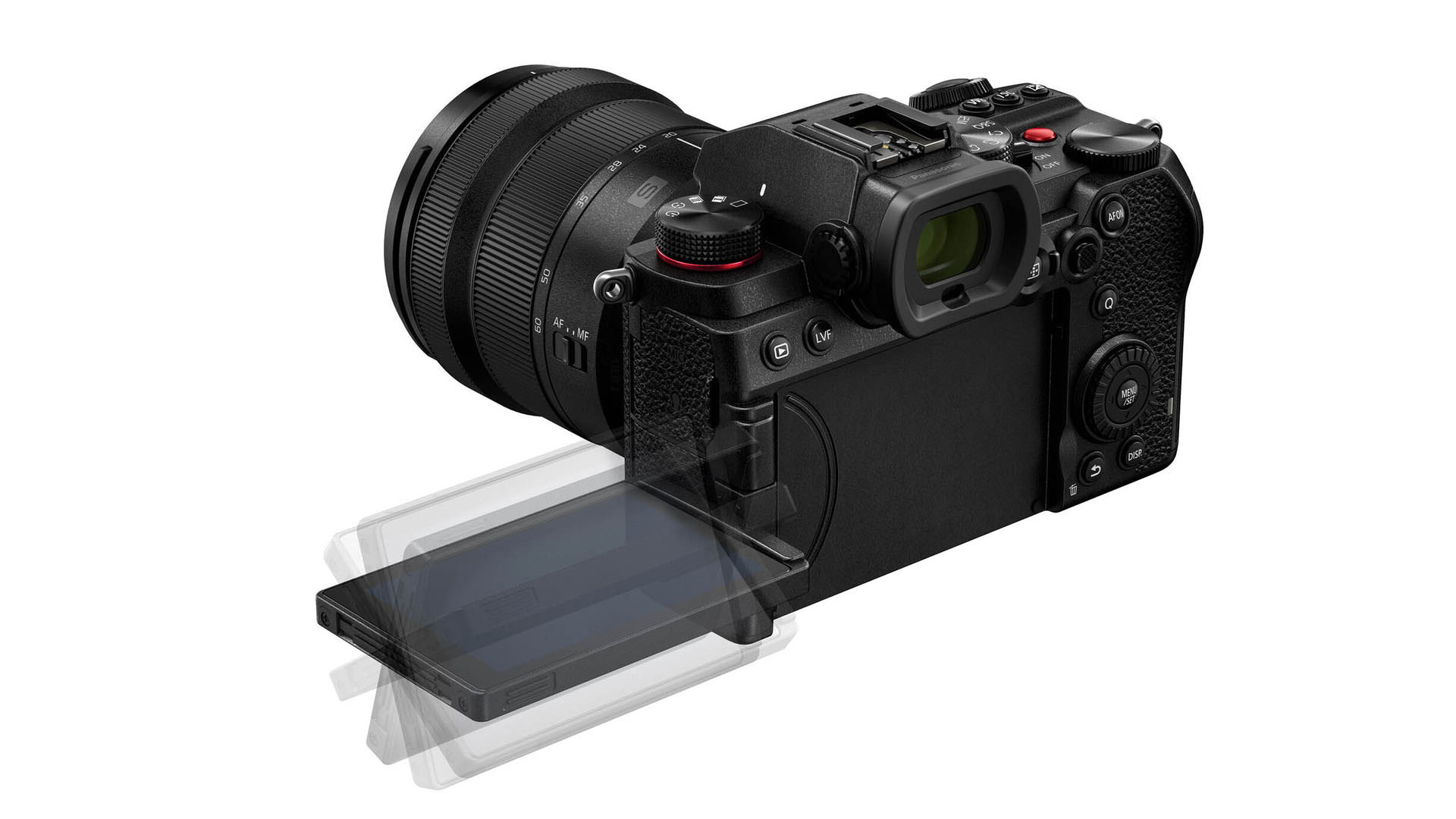 As mentioned above, the Panasonic Lumix S5 is very compact. It measures 133 x 97 x 81 mm and weighs 630 grams. The body is made of a cast magnesium alloy, and it is dust- and splash-proof. Panasonic emphasizes that the housing can effectively dissipate heat, so that there is no time limit for internally stored 4K 30p/25p 4:2:2 10-bit 30/25p video images. This is a clear reference to the Canon EOS R5, where the shooting time when filming in high resolutions or high quality is limited. At the rear is a tilting and turning LCD screen with a diagonal of 3 inches – smaller than the 3.2 inch screen of the S1. The screen is touch sensitive and can be used to set the camera menu and to select the focus point. The electronic viewfinder (Live View Finder, LVF) has a bright OLED (Organic Light-Emitting Diode) screen with a resolution of 2.36 million pixels and a refresh of 120fps. That is a lower resolution than the LVF of the S1, which reaches 5.76 million pixels.

Like the S1, the S5 has two slots for memory cards, but instead of an SD and an XQD card slot, Panasonic now chose two SD card slots. One of them supports the fast UHS-II cards (video class 90), while the second slot is limited to the slower UHS-1. The camera can be charged via the USB 3.1 Gen 1 Type-C port and has WiFi built in.

Because of the smaller dimensions, the camera uses a different battery than the other S cameras – something to take into account if you would purchase this device as a backup camera.

In my test, I achieved about 480 shots (with a mix of screen and viewfinder). Much depends of course on how long you leave the screen on between shots and whether you are reviewing shots. 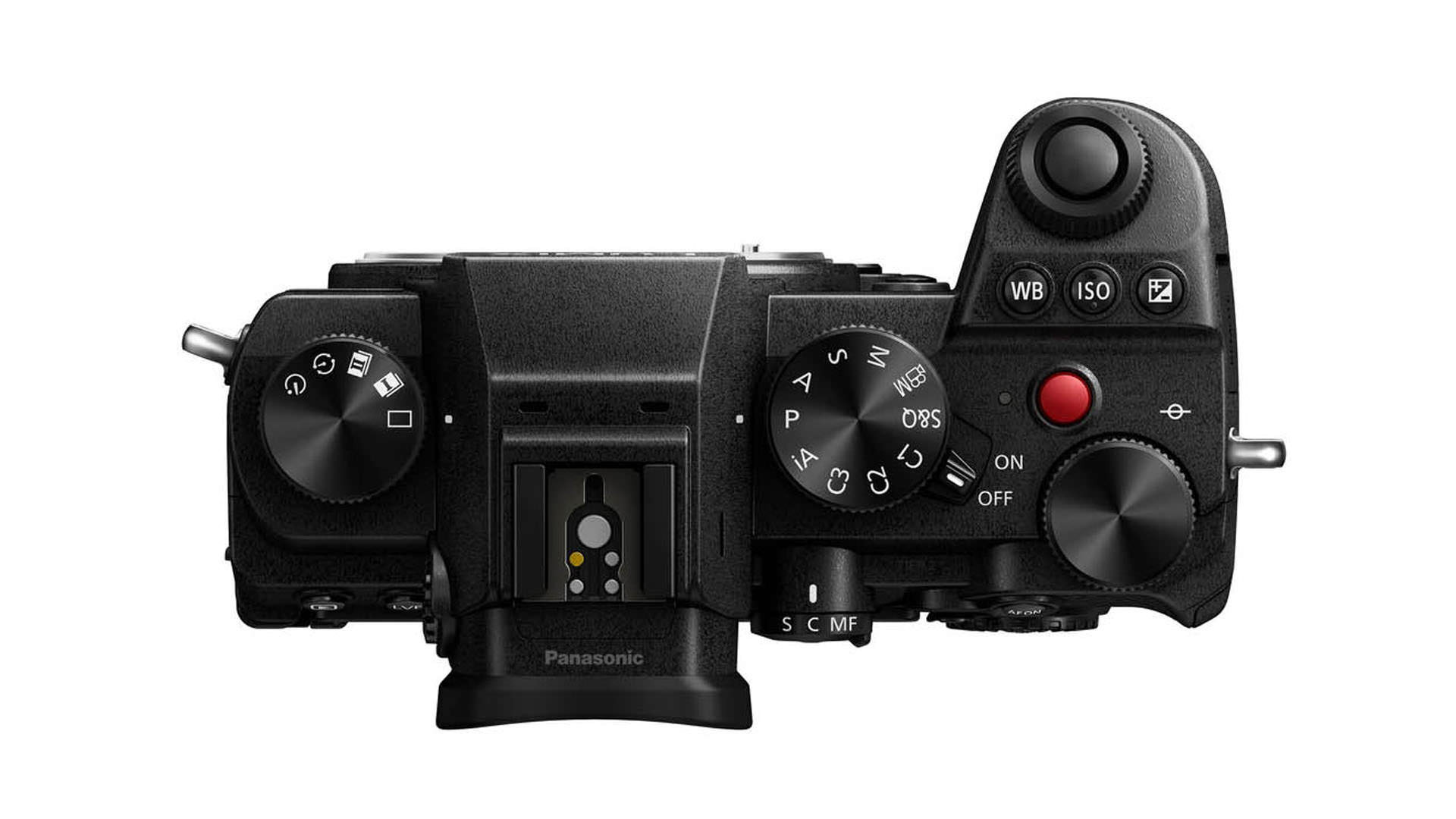 The Panasonic Lumix S5 lacks the status display on the top of its big brothers, but apart from that is equipped with all the necessary controls.

To the left of the viewfinder is the transport mode dial (single, continuous 1, continuous 2, timelapse, self-timer), and to the right of the viewfinder is the shooting mode dial. In addition to the usual fully automatic, program mode, aperture and shutter speed preference and manual mode, this also offers three customizable custom modes, a video mode and a new S&Q (Slow & Quick) position. The latter is a useful addition that makes the possibilities for slow motion and its counterpart, quick motion, easier to find than when they are buried in a camera menu. You can film with 1 to 60 fps in 4K, so 30x accelerated to 2.5x delayed, and 1 to 180 fps in Full HD, so 30x accelerated to 7.5x delayed.

There are also two dials (the front one around the shutter release button), separate buttons for direct access to white balance, ISO and exposure compensation, plus a large red film recording button. On the back, the layout is similar to the more expensive models: focus mode selector and focus field position push button, a joystick to move the focus point, AF ON button, Q button to access the photographic settings and a scroll wheel. Those who like to keep control of how a camera works can’t wish for more.

The 24.2 MP CMOS sensor in the Panasonic Lumix S5 delivers shots with a lot of detail and rich colors. The built-in noise reduction enables noise-free recordings up to ISO 6,400; at higher sensitivities, luminance noise becomes visible and the sharpness deteriorates, but even at ISO 25,600 and 51,200 there is no color noise – which is visually much more disturbing than luminance noise. In RAW format, there is plenty of room to brighten up shadows without getting noise.

The S 20-60mm F3.5-5.6 kit lens is a compact lens that delivers great value for a modest price (300 euros extra compared to the loose body). With this compact camera, it is a more logical choice than the optically better but heavier and more expensive S 24-105 mm F4. 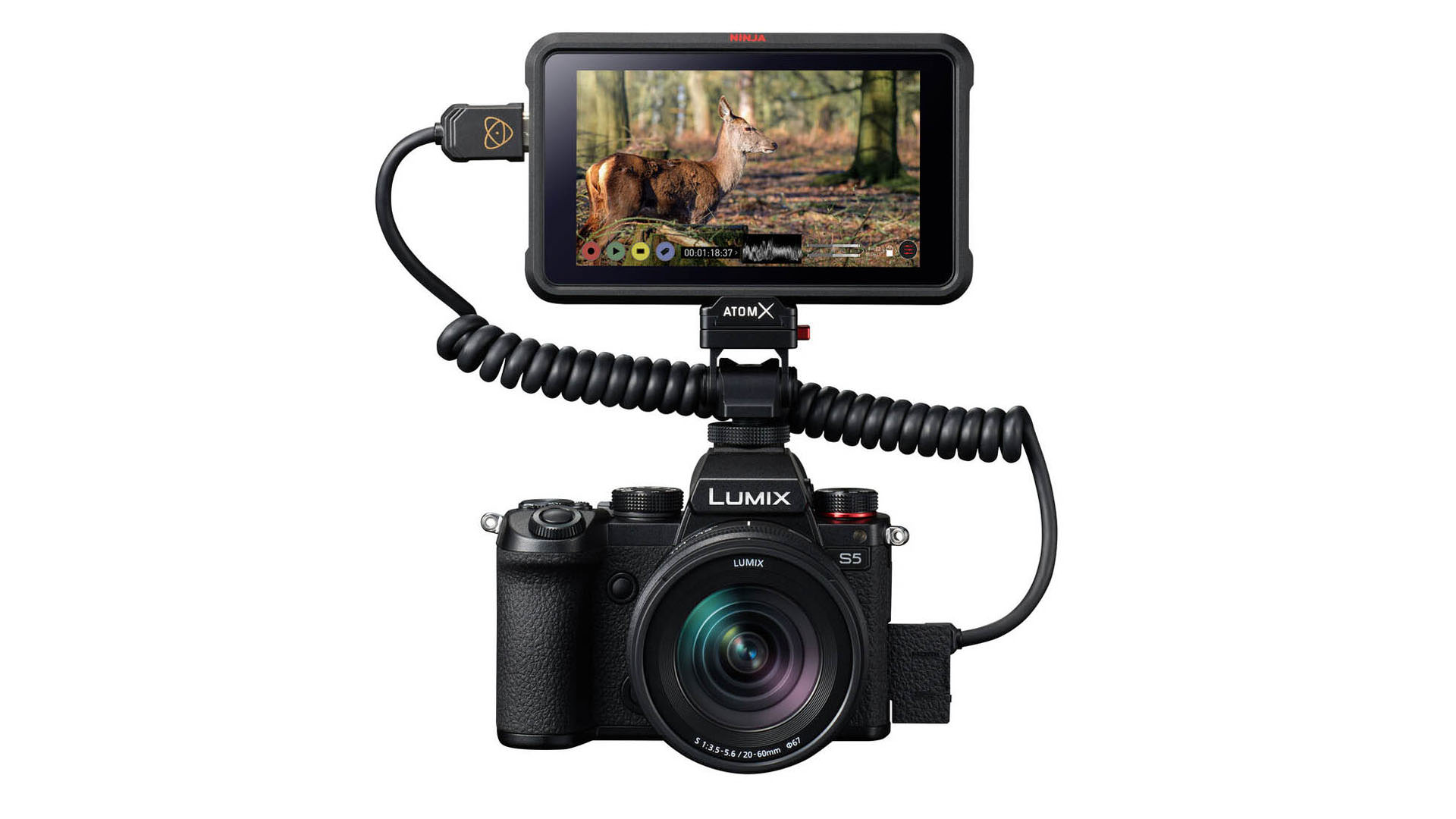 The system cameras from Panasonic are traditionally strong in video, and the S5 is no exception. The S5 can capture recordings internally in 4K 60p/50p 4:2:0 10-bit, albeit not with the full width of the sensor: the camera uses either an APS-C cutout or an even smaller “pixel per pixel” crop where only the center of the sensor is used. In 4K 30p/25p 4:2:2 10-bit, the lower frame rate means that the full sensor width is used.

Video in even higher quality (4K 60p/50p 4:2:2 10-bit) can be registered via the HDMI output. The Lumix S5 has a full V-Log profile with a dynamic range of +14 stops – this is available as standard, without an upgrade. Like the S1H, the S5 uses Panasonics Dual Native ISO; depending on the lighting conditions, the camera uses a different circuit to read out the sensor with ISO 640 or ISO 4,000.

As always with Panasonic, the various 6K and 4K Photo functions are also present. This allows you to save the best still as a jpeg image from a short video afterwards, or to create a shot with great depth of field via Post Focus.

The Panasonic Lumix S5 uses Panasonic’s own contrast-based DFD (Depth From Defocus) autofocus system, rather than a hybrid system that combines phase and contrast detection. According to Panasonic, the S5 has newer algorithms that make DFD faster and more accurate, allowing the camera to better recognize eyes, faces, heads and bodies. With single autofocus (AF-S), the system does indeed work very quickly. With AF-C, the initial focus seems to slow down, but once the focus is found, the camera can follow moving subjects well. The AF system is an improvement, but is not yet at the level of the latest Sony and Canon systems.

These are great times for those looking for a compact full-frame system camera.