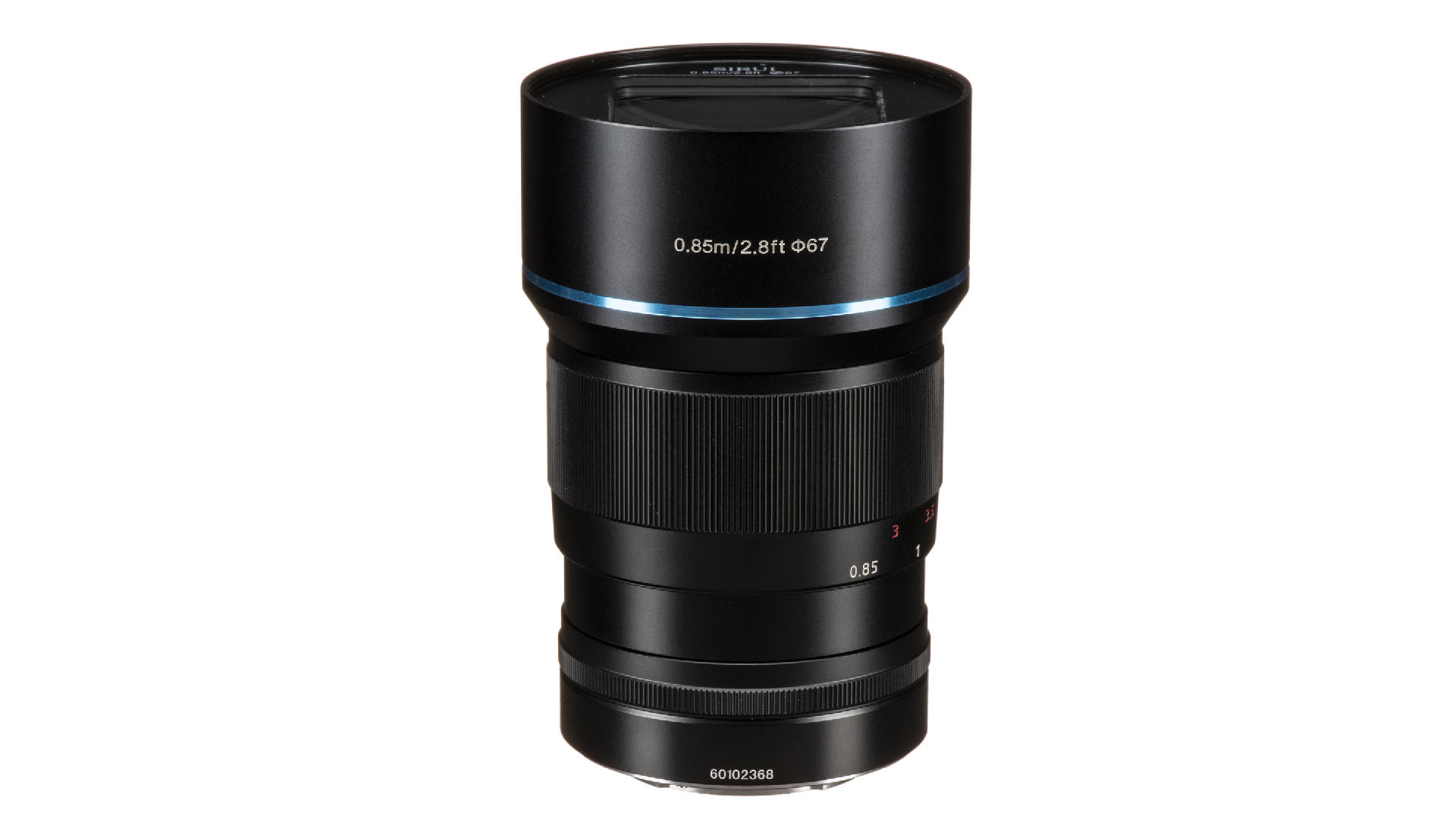 The Sirui 50mm F1.8 Anamorphic 1.33x is a particularly specialized lens for video. Normally, such a lens costs a lot, but that is not the case with this Sirui. For a relatively modest amount, you get the special image reproduction of an anamorphic lens.

The Sirui 50mm F1.8 Anamorphic 1.33x is a special lens for a very competitive price.

Those who regularly go to theaters know that most films are shown in a much more panoramic format than the 16:9 ratio of modern televisions. Yet that 16:9 ratio, or 3840×2160 pixels, is mainly what we find on film cameras or photo cameras with which you can film. Only one can still shoot in the slightly wider DCI format of 4096×2160 pixels, but that’s it. For an even wider recording format, you can crop the image (with loss of pixels and thus image quality) or use an anamorphic lens.

What such a lens does is squeeze the entire image slightly in width. Everything in the viewfinder seems narrower and taller than it really is. In the post-processing, the image is stretched again in width to the correct ratio. You thus get a wider image without loss of pixels. Another unique feature of an anamorphic lens is that the field of view in height is equal to that of other lenses with the same focal point. In the case of the Sirui 50mm F1.8 Anamorphic 1.33x, that is the field of view of a 50mm lens on APS-C, so a light telephoto. However, the field of view of this Sirui is enlarged 1.33x in width. With a 16:9 recording format, you get a 2.4:1 ratio. So you film simultaneously with a light wide angle, with the somewhat more intimate image reproduction of a short telephoto lens. 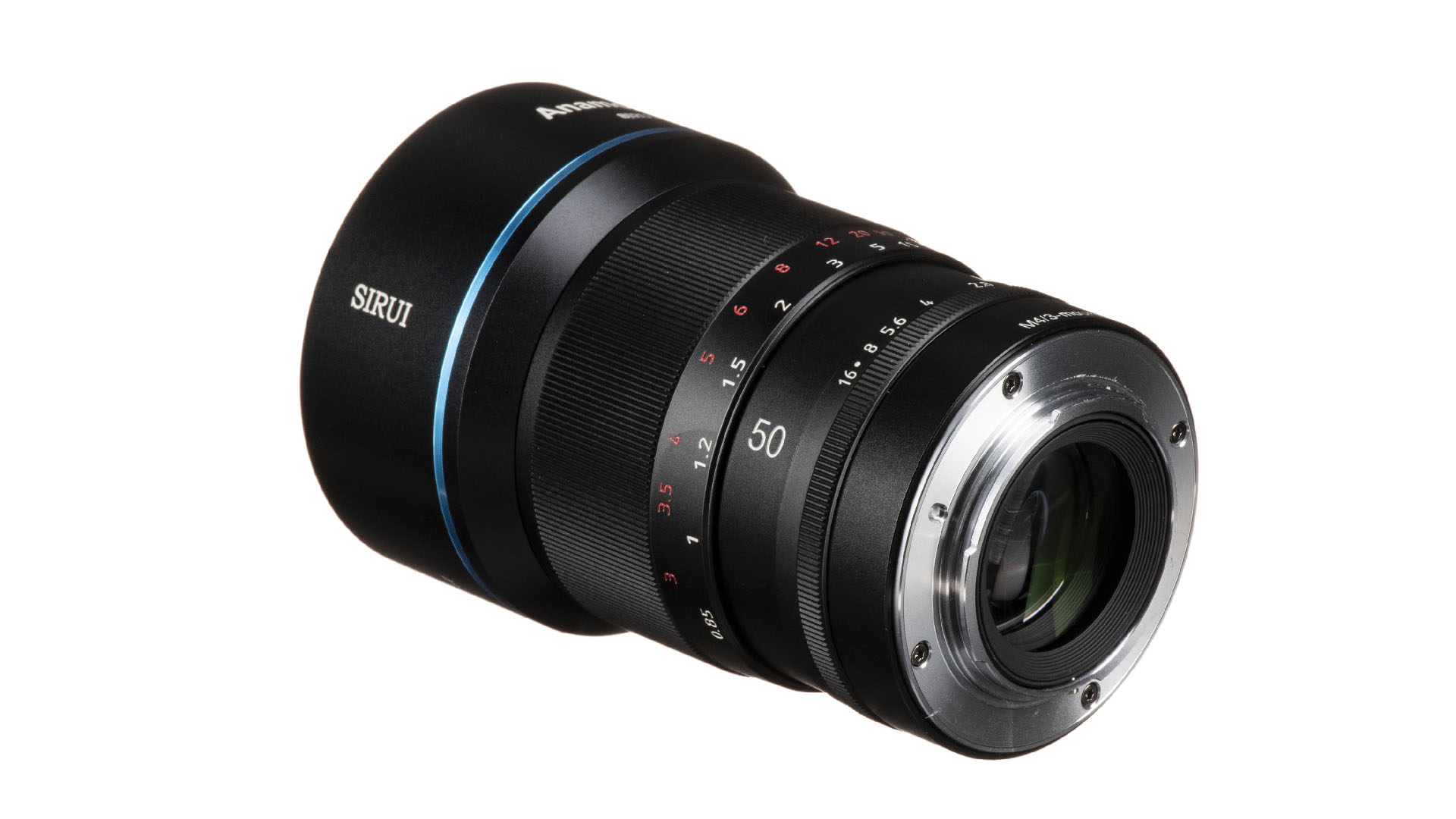 The Sirui 50mm F1.8 Anamorphic 1.33x is a robustly built and reasonably compact lens. Everything works very nicely and without play. It is 106 mm long and 69 mm in diameter. The weight is 560 grams. The lens has 10 diaphragm blades, and that is quite unusual. The aperture ring naturally rotates without clicking, so that infinitely variable adjustments of the exposure are possible. The optical design has 11 elements in 8 groups, and the filter size is 67 mm. Everything works very nicely and without play.

The Sirui 50mm F1.8 Anamorphic 1.33x is not an autofocus lens. The focus is purely manual, with a nice long adjustment stroke of almost 144 degrees. The advantage of this is, of course, that you have a completely linear focus. This makes shifting the focus easy and, in combination with a follow-focus unit, also very repeatable. The shortest focusing distance is 0.85m. Sometimes that can be a little limited. Focus breathing is limited with this lens, as it should be on a specialized video lens.

The image quality of the Sirui 50mm F1.8 Anamorphic 1.33x is good. At full aperture, f/1.8, the center sharpness is already very good, and the gradient to the edges is small. If you stop down to f/2.8 and f/4, both the sharpness and the contrast increase slightly.

Distortion is not really a problem, though, with the Sirui 50mm F1.8 Anamorphic 1.33x. There is a little bit of barrel distortion along the long sides, but in practice this is hardly noticeable. What you will see with the Sirui 50mm F1.8 Anamorphic 1.33x is light flare from light sources in frame. That is something that contributes to the cinematic representation with a lens like this. It creates extra atmosphere in the shots, usually without attracting excessive attention. Sometimes, however, you see fairly clear horizontal light strips in the image, and these can become annoying. What you will hardly see or not see at all is chromatic aberrations. And that’s good for such an unusual lens with such a relatively low price tag. It ensures that you can also film with confidence in 4K with this Sirui 50mm F1.8 Anamorphic 1.33x. 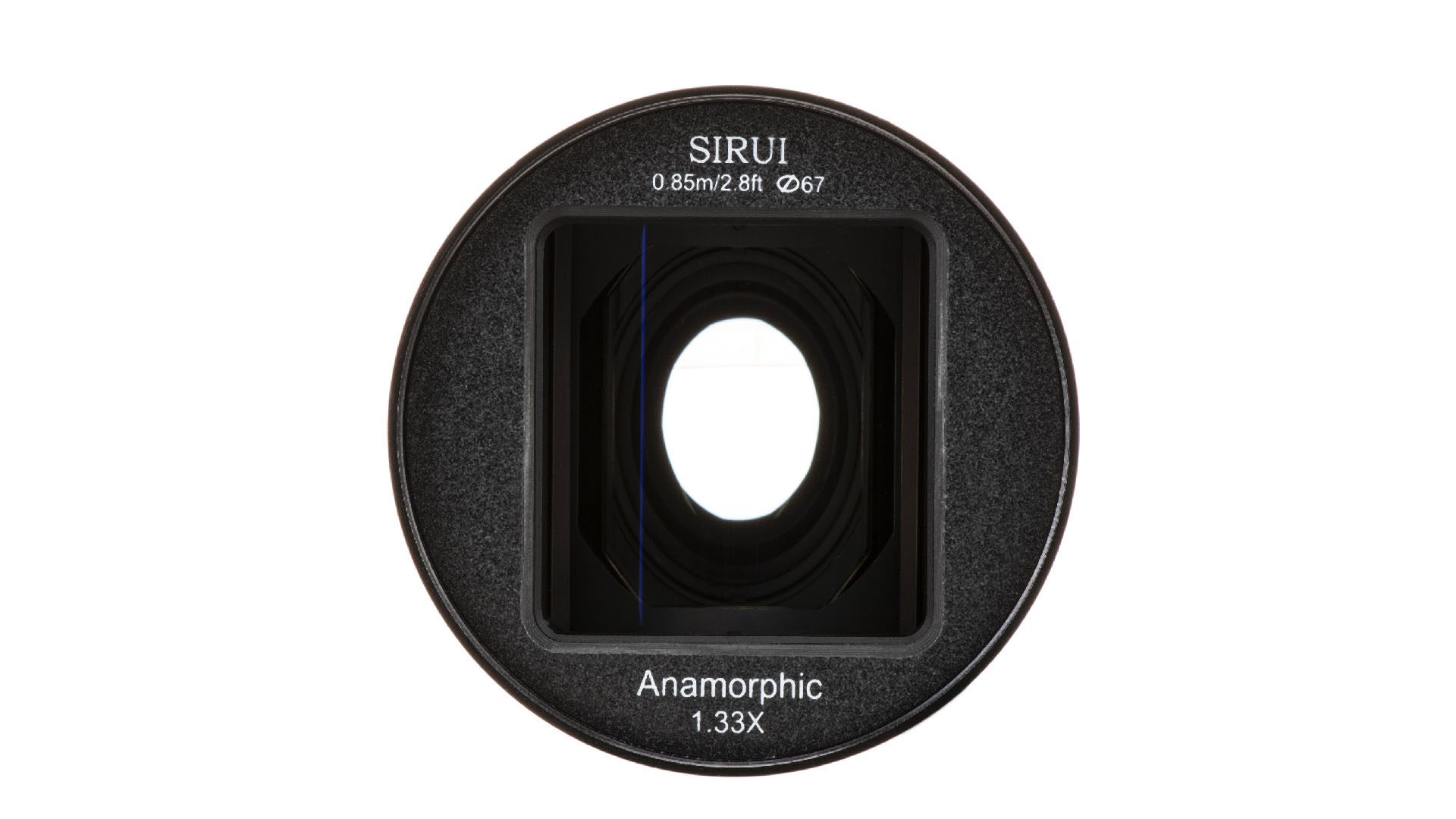 The bokeh balls you get with this lens are pretty beautiful. Thanks to the 10-bladed diaphragm, you can’t see any angles, but they’re not round either. Because of the special projection, the bokeh balls are somewhat oval. It looks pretty good and beautifully soft.

There will be filmmakers who might want an even stronger anamorphic effect, or filmmakers who regret that the lens is not suitable for full frame. You can always want more, of course. Nevertheless, the Sirui 50mm F1.8 Anamorphic 1.33x is a breakthrough in the film world. At this price and with this quality, it is a bargain. These types of lenses are usually rented. But now it becomes easier for many filmmakers to own at least one such lens. And if this 60mm is a success, it should be possible for Sirui to release other focal points.