For almost two years, the Sony A7R II was at the top of our list of camera reviews, until the A7R II was dethroned by the Nikon D850. At the end of last year, Sony introduced the Sony A7R III with the same sensor as the mk II. According to Sony, with a slightly higher image quality. And that’s not all: virtually all the weaknesses of the Sony A7R II have been addressed.

One of the most noticeable shortcomings of the A7R II was the limited battery life. After a few hundred test shots, the camera stopped. For a test with the A7R II I could not head out all day without taking 3 fully charged batteries along. And even then, especially if I also made 4K video recordings, I sometimes had to give it up with 3 empty batteries before the end of the day, even though I hadn’t finished testing. The Sony A7R III has a bigger battery (similar to that of the A9), which lasts almost twice as long. With the A7R III I can head out with two batteries, with which I can get more shots than with 3 batteries and an A7R II.

For action, sports and nature photographers, the continuous AF of the A7R II was too slow, the number of shots per second too low and the buffer too small. All these points have been improved, partly due to the new AF module that is shared with the Sony A9. Because the Sony A9 has a more modern sensor, which is read faster than the sensor of the AR III, the A7R III cannot match the AF performance of the A9. According to Sony, the AF performance of the A7R III does come very close to that of the A9 flagship.

A third noticeable adjustment is moving the recording button for video. That was hidden in the grip on the A7R II, so you had to let go of the camera and press a nearly hidden button in the handgrip to make a video recording. The A7R III has a video button to the right of the eyepiece. That’s a significant improvement, but if you focus manually with liveview, you use the same button to enlarge the image to see if a shot is completely sharp. If you focus manually, you will certainly come home with a number of unwanted video recordings.

You might expect the full-frame sensor models from Nikon and Sony to match in terms of the number of megapixels, because Sony makes sensors for Nikon. However, that is somewhat more complicated than you would initially expect, because the Nikon D850 has about 10% more pixels than the Sony A7R III. That’s not a difference that you will see in practice. The choice of a good lens will have much more influence, especially in the corners. But it does indicate that Nikon sails its own course, with its own unique designs for sensors. There are also slight differences in image quality, which we will discuss in a subsequent article.

The predecessor of the A7R II was already sealed against dust and splashes. But with the Sony A7R III, this has been implemented even further. We didn’t test that by taking the camera apart, because Kolar Vison has already done this for us (see: Sony A7R III weather sealing). We tested the camera without any problems in the freezing cold (-20 degrees) above the Arctic Circle. 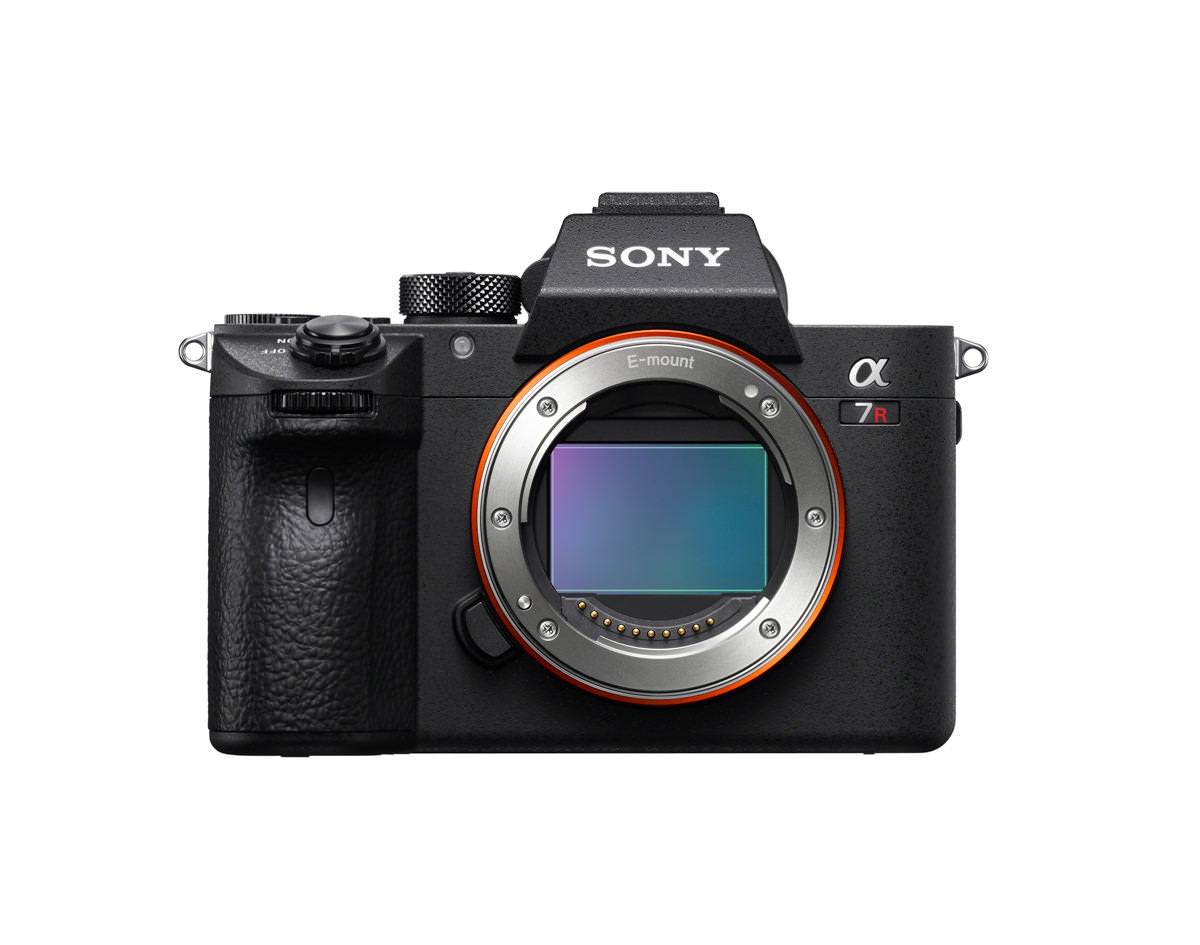 The weather resistance can thus be improved even more. Especially the lack of a gasket around the battery cover is a concern. Remember that no competitor of the A7R III is completely watertight. Olympus, closely followed by Panasonic, makes cameras that are extremely well sealed against splash water. Some common sense when using electronic equipment in the rain is still necessary to prevent malfunctions. 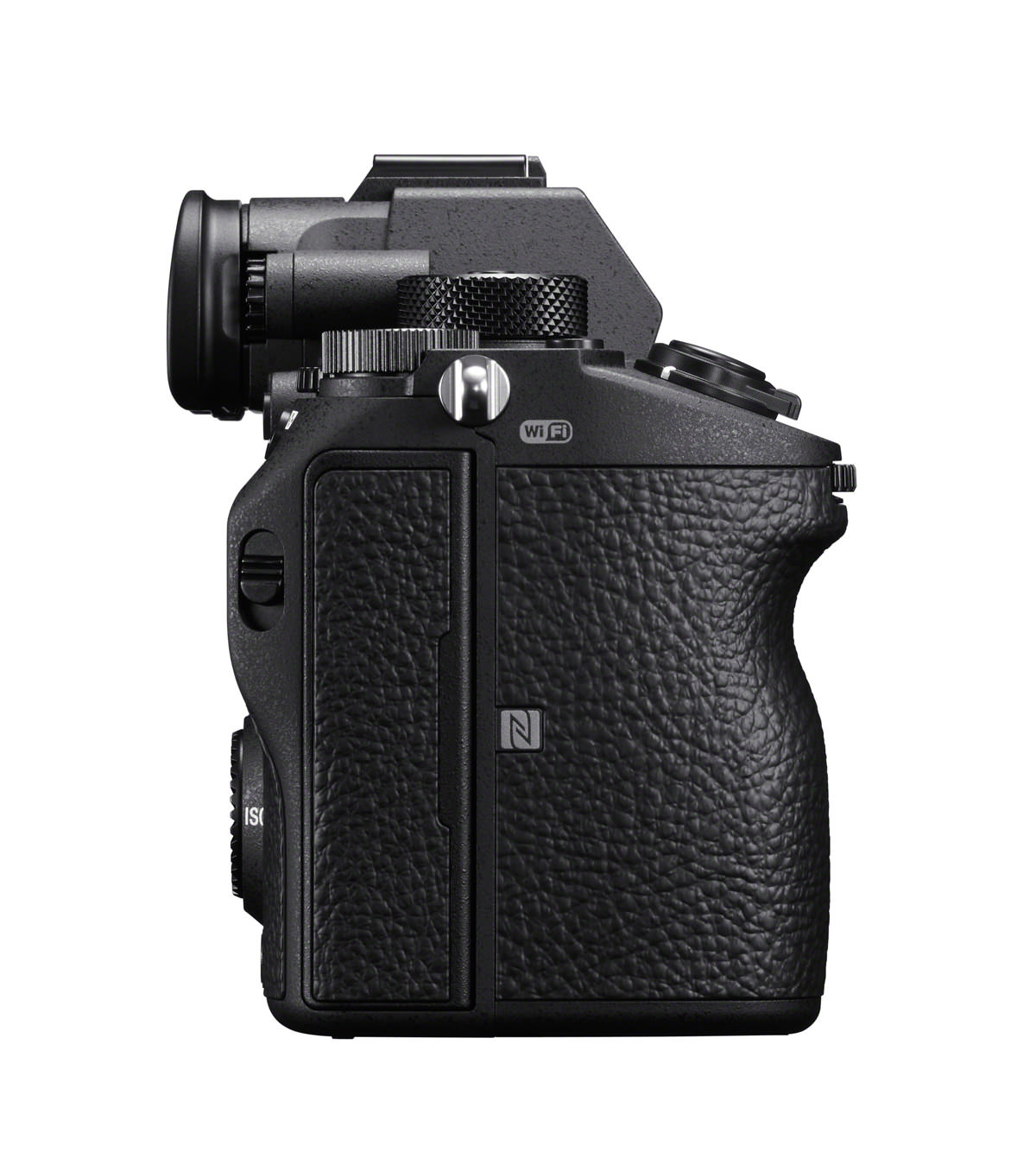 The design of the camera has hardly changed compared to the A7R II. However, the grip has been adjusted slightly (read: gotten bigger). This not only improves the ergonomics, it also created room for the bigger battery and – also very important – the dual card slots. The lower one is suitable for fast UHS-II cards; the upper one only for UHS-1 SD cards. The large door on the side also has its own lock so you can’t accidentally push it open with your hand. Furthermore, a number of buttons are slightly adjusted, and the A7R III has a joystick on the back for selecting the autofocus point. 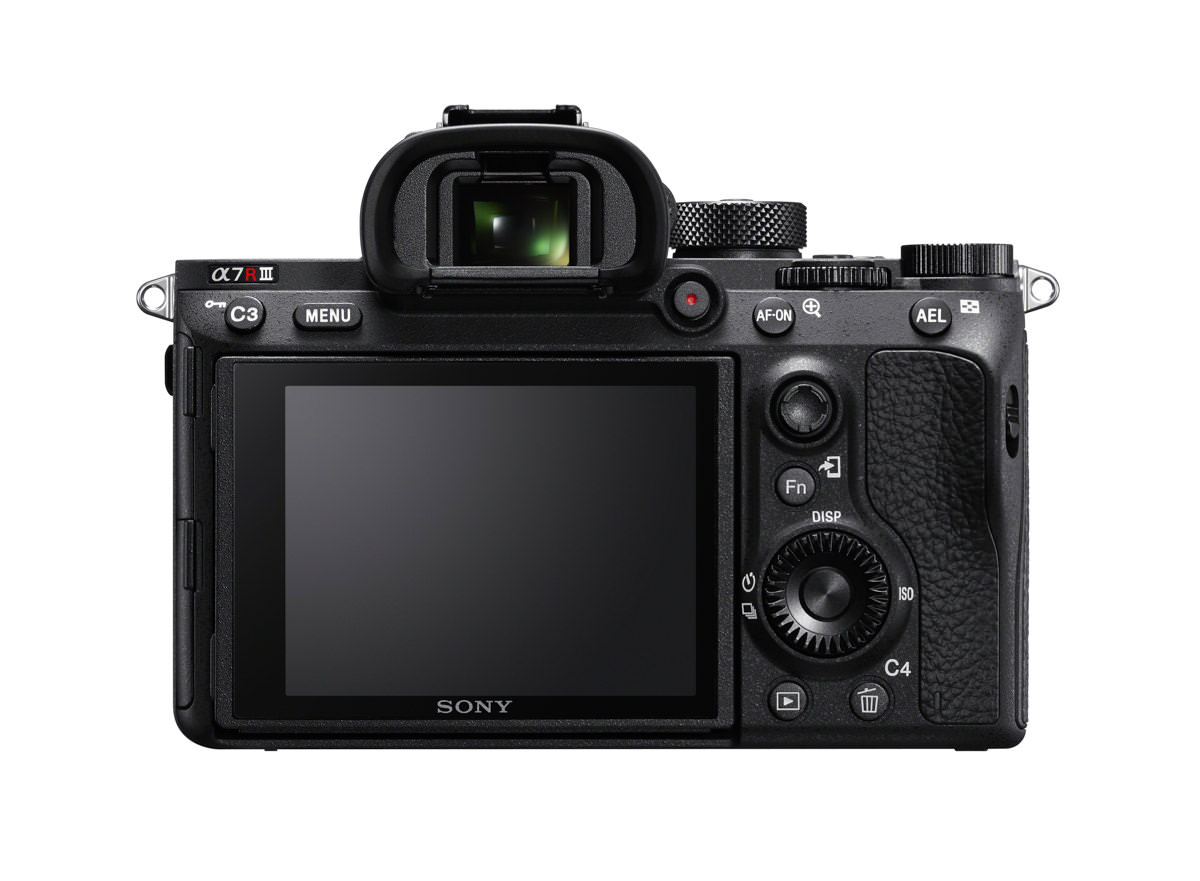 The viewfinder of the A7R III is a generation better than the one on the A7R II. The resolution has been increased from 2.36 to 3.6 megapixel, and you can really see that difference in the use. It is just a little less pixelated. That’s certainly nice for people who are switching from a DSLR to a system camera. The screen on the back still only tilts and doesn’t turn. But it is now touch sensitive. Unfortunately, the touchscreen only works for selecting the autofocus points. That works pretty well, but it’s still strange that Sony hasn’t used the touch ability to operate the very extensive menus. 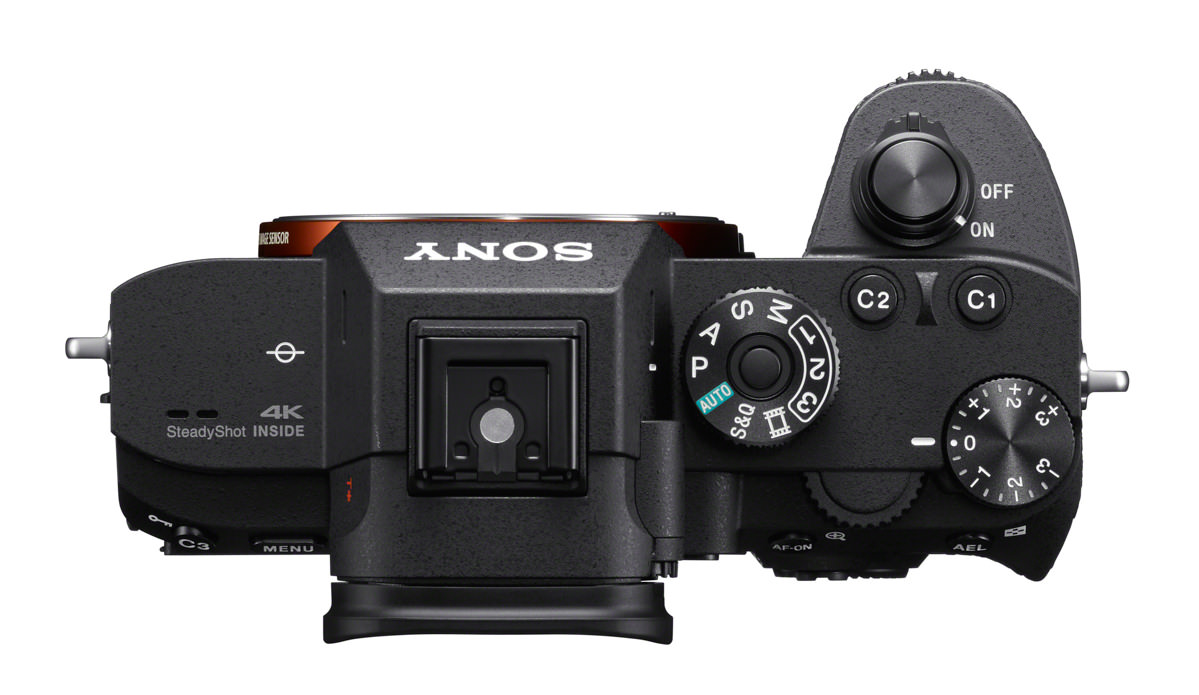 The menu structure has improved a lot compared to the A7R II. The first two tabs in the upper bar contain choices for both shooting and filming on the A7R II. With the A7R III, the first tab now contains photography settings and the second one is mainly for video. Furthermore, the A7R III has been given a ‘my menu’ tab that you can fill with the settings that you use most often. 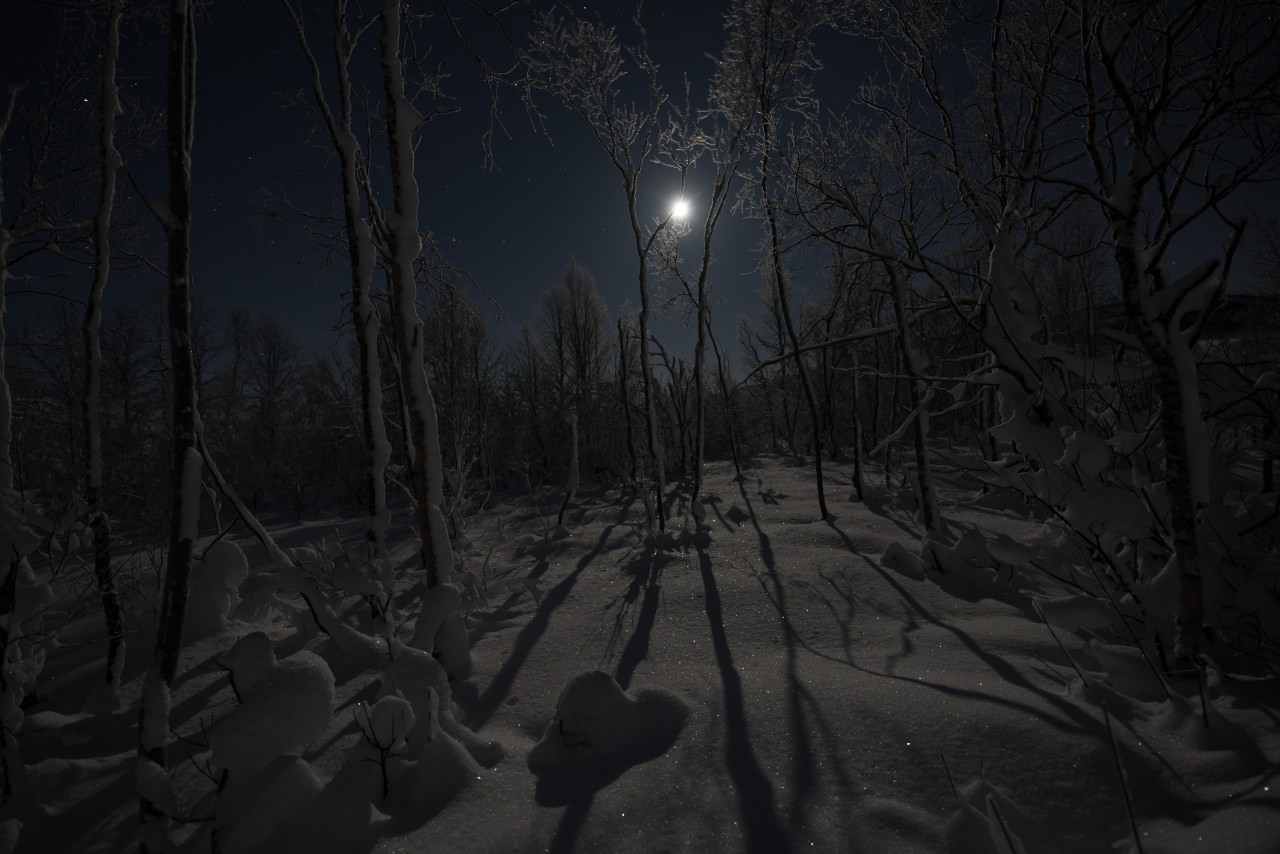 Sony A7R III night shot (2000 ISO, f/2.8, 10 sec) The dynamic range is so big that you can make the dark parts so much lighter that it looks as if the picture was taken during the day, without being bothered by noise. Together with the Nikon D850, the Sony A7R III offers the highest dynamic range of all the cameras we have tested.

The A7R III has the same number of pixels as the A7R II, namely 42 megapixels. But the new A7R III does have a high-resolution pixel-shift mode, in which the camera takes four pictures, with the sensor slightly shifted each time. These shots can subsequently be combined with special software from Sony into a single image. This gives every pixel the full color information and no interpolation of the Bayer pattern of the sensor is required. In practice, this produces a bit more sharpness and a complete absence of the chance of moire. The usual way to fight moire is to soften the image in the camera with an anti-alias filter or to make the image slightly blurry locally afterwards. With the A7R III, this is no longer necessary in high res mode, and you always get the best out of the camera. For architectural photographers who suffer from patterns in brick or metal façade profiles or studio photographers who suffer from moire in fabrics, this is a godsend. 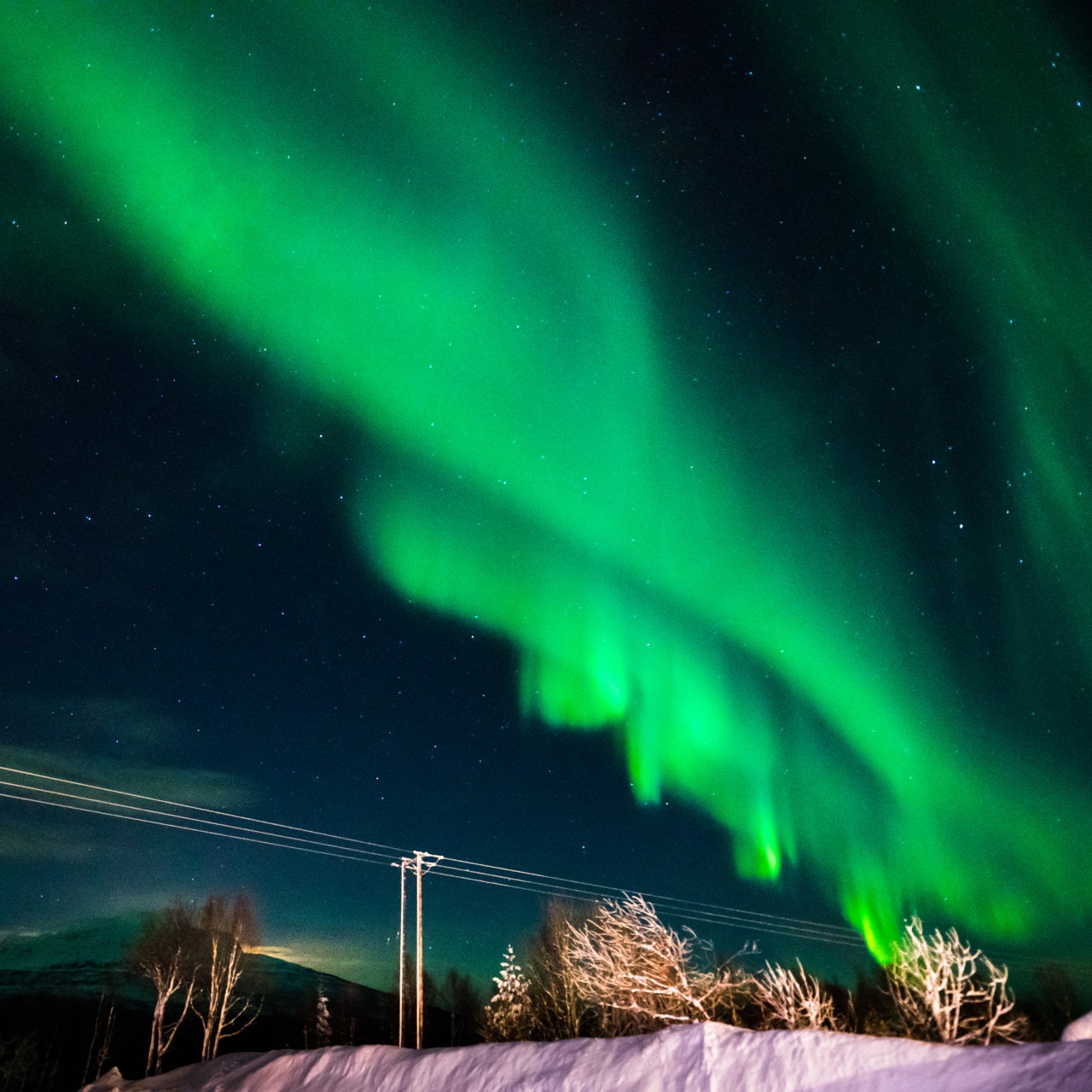 Noise is always a combination of the signal-to-noise ratio of the sensor and the processing by the processor of the camera. The A7R III seems to have improved both slightly compared to the A7R II, but do not expect any shocking differences, and it’s very difficult to spot it. 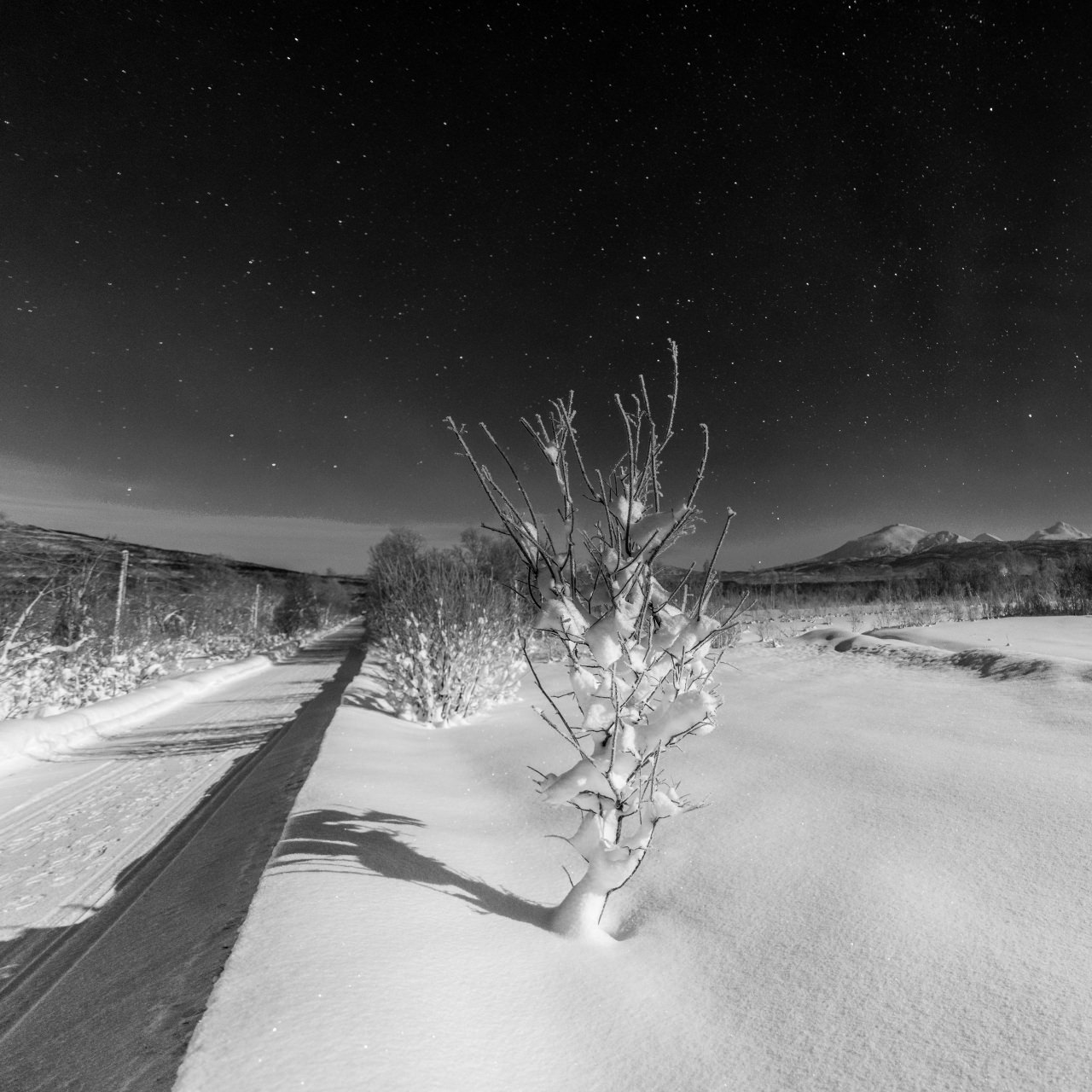 The Sony A7R III has become a lot faster than its predecessor. It now takes ten images per second, both with the ordinary shutter and with the electronic shutter. It’s only half as fast as the A9 with the electronic, silent shutter, but twice as fast with its ordinary shutter. The A9 then only gets five images per second. If you want to follow subjects, you have to ensure that your viewfinder image keeps being refreshed. Then the speed drops to a still respectable 8 frames per second. Action photography is now certainly possible with the A7R III.

Like the A7R II, the III can film in both full-HD and 4K. For 4K, the camera uses a slightly larger 5K that it downsamples to a 4K file. This makes the sharpness and detail optimal. AVCHD and XAVC-S are available as codecs. You get the best quality in XAVC-S. The bitrate can then be 100 Mbps. Slow motion is possible in full-HD (1920×1080 pixels) at 120 frames per second. In contrast to the A9, the A7R III does have all the video options, including the option of using log profiles. Internally, the camera can write in 8 bit 4:2:0 and external 8 bit output via HDMI is possible in 4:2:2.

An important improvement of the A7R III compared to the A7R II is the autofocus. The III has 399 AF points with phase detection and 425 points with contrast detection. Together, they ensure that both the C-AF and the eye-controlled autofocus have been improved. Tracking of fast-moving subjects is now slightly better than with the previous model. You notice the biggest change in portrait photography. That has become a lot easier with the A7R III. Where the old model sometimes struggled to focus well on the eye or to hold the focus for a whole series, the A7R III finds an eye of the model with the greatest ease and keeps the focus on it particularly well, even if you move the camera or if the model moves.

The Sony A7R III – together with the Nikon D850 – is one of the best cameras available at the moment. The sensor offers high resolution with a high dynamic range and little noise. This camera is also fast, and the autofocus is good enough to use for sports. The new battery and dual card slots allow you to shoot much more carefree, and, thanks to the touch-sensitive screen and the joystick, you can make optimal use of all the autofocus options. And all that in a still handy and compact camera. This is an absolute must.