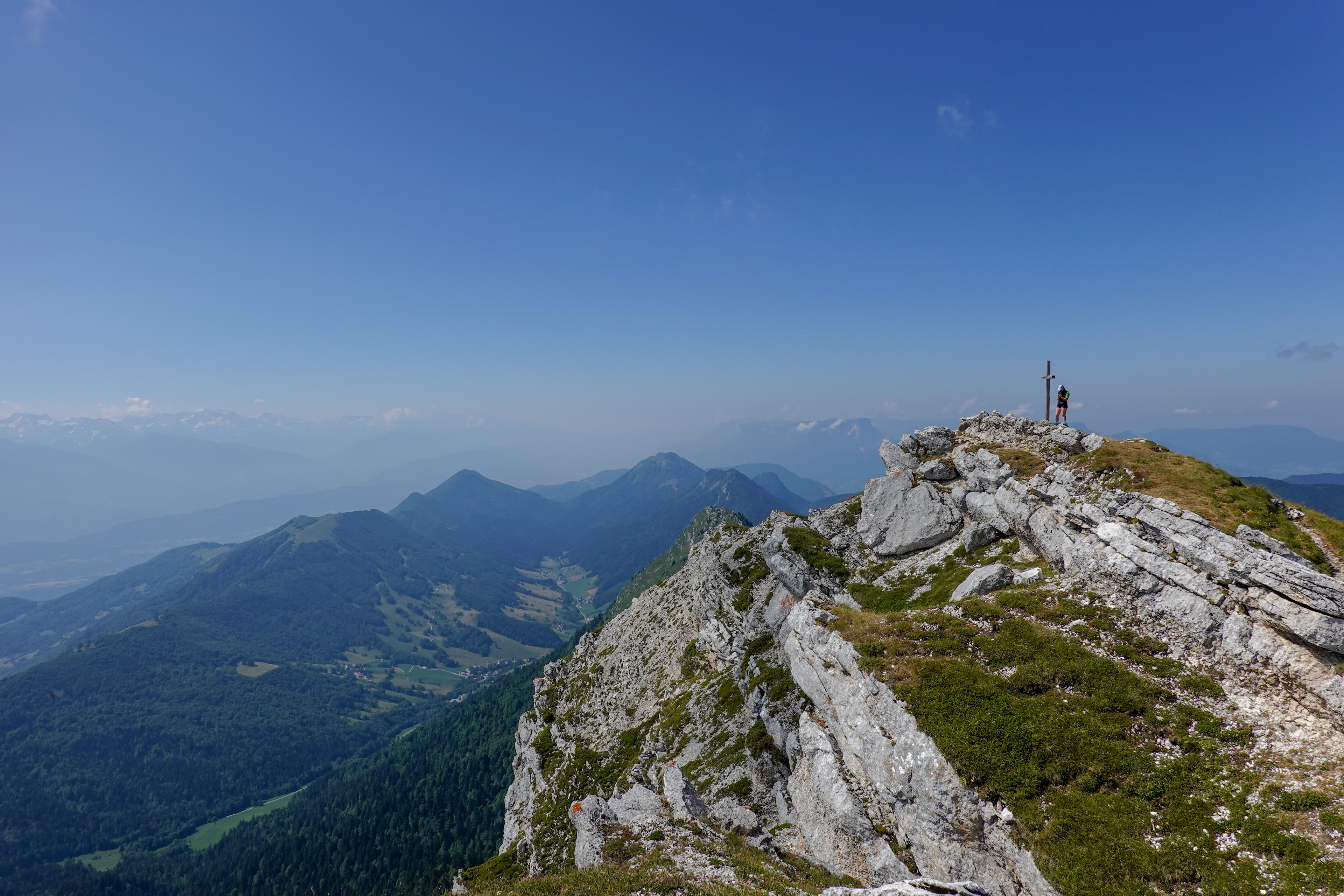 The Sony RX100 VI is already the sixth camera in the series of premium RX-100 compact cameras from Sony. The newcomer has a completely new lens, with a zoom range of 24 to 200 mm. Under the hood, we find a lot of technology from the latest Alpha system cameras, which means that the RX100 VI delivers top performance in series shooting and autofocus.

The RX100 VI has a relatively large 1-inch stacked CMOS sensor with a resolution of 20 million pixels. 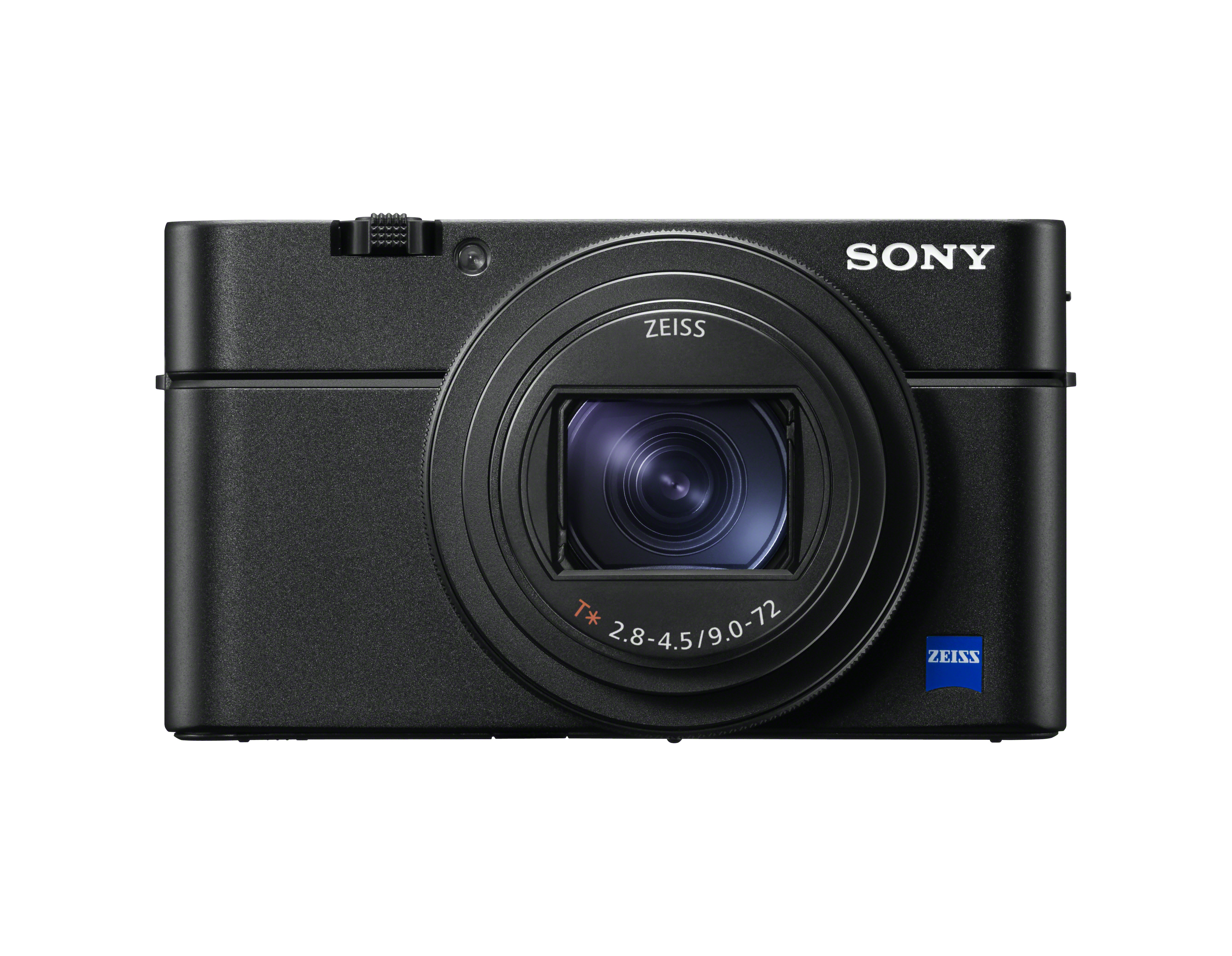 The philosophy of the RX100 family has hardly changed since the first model from 2013. They are compact devices that fit in a handbag or jacket pocket, but, thanks to a large image sensor and high-quality lens, they deliver significantly better image quality than a regular compact camera or smartphone. The Sony RX100 VI therefore immediately looks familiar; at first glance there is no difference from its predecessor. But the newcomer got a completely new lens with a much larger zoom range. The Zeiss Vario-Sonnar T* F2.8-4.5 with optical image stabilization zooms from 24 to 200 millimeters (converted to full-frame), good for almost three times more zoom than the Sony RX100 V. What you gain in zoom, however, comes at the expense of the brightness compared to the F1.8-F2.8 lens of the model V. The maximum aperture of F2.8 is also only available at 24 mm; from 40 mm, it has already dropped to F4, and from 100 mm you’re at F4.5. Due to the larger zoom range, the Sony RX100 VI immediately seemed to me to be the ideal camera to take along on a trip. I took it with me to the Massif des Bauges (www.lesbauges.com) in the French foothills to the Alps. The modest weight of 300 grams is of course a big advantage for mountain hikes.

The RX100 VI has a relatively large 1-inch stacked CMOS sensor with a resolution of 20 million pixels. The sensor has the same advanced design as the Sony A9. Memory chips are built into the sensor, so that the sensor can be read out extremely quickly. In combination with the Bionz X image processor, the sensor delivers performance that is unique for a compact camera: up to 24 shots per second in full resolution, while maintaining light measurement and continuous autofocus. It can also film in 4K resolution (3,840 x 2,160 pixels at 25 fps) using the entire sensor instead of an excerpt. In HD resolution, it shoots at 100 frames per second, and in the separate HFR (high frame rate) video mode, at a resolution of 1244×420 even at 1000 frames per second for an impressive 40x slow motion effect.

The Sony RX100 VI uses a hybrid autofocus system that combines 315 phase detection autofocus points with 25 contrast-based autofocus zones. Sony’s high-density tracking AF technology ensures that the focus is well maintained on moving subjects. I was able to keep longboarders descending a mountain at 80 kilometers per hour sharp in frame, even at 24 shots per second. That is very impressive for a compact camera! Less pleasant is that it is quite cumbersome to select an autofocus point or zone. When using the screen, you do so via the touchscreen, but with the camera at your eye, that is very difficult. On my wish list for the future Sony RX100 VII is at least a joystick to move the autofocus point. 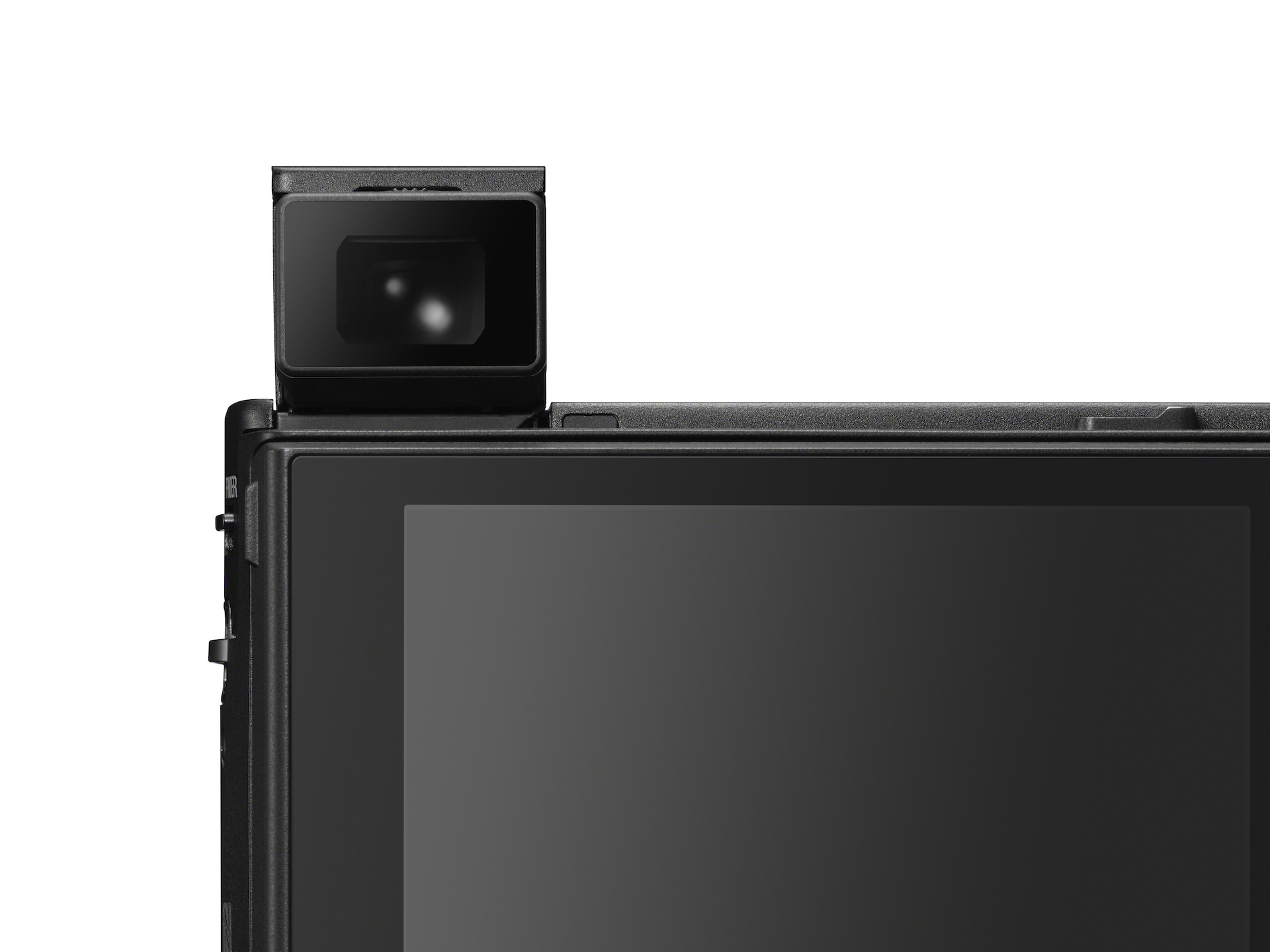 The compact design of the Sony RX100 VI necessarily limits the number of physical controls. On the top we see the power button, the shutter release with the zoom lever around it and a shooting mode dial. On the back, we find the recording, menu and function buttons that give access to the most commonly used settings when photographing and filming, a play and erase button and a control wheel. Around the lens, there is a control ring with which you can adjust settings. However, this ring rotates so loosely that it’s not suitable for setting the aperture, for example.

You can also adjust the role of the control ring and other buttons via the camera menu. According to Sony tradition, this is particularly extensive, with twelve pages just for the photo settings and ten for the video settings. The screen is of great quality, but oddly enough, you cannot use the touch function to operate the menu. It folds out 180 degrees, so that the camera is also useful for selfies and vlogs. The RX100 VI also has an electronic viewfinder. This was given a renewed mechanism so that it extends in one movement and is ready for use. If you slide the viewfinder back in, the camera switches itself off – it is best to find out in the menu how to change this bizarre behavior. 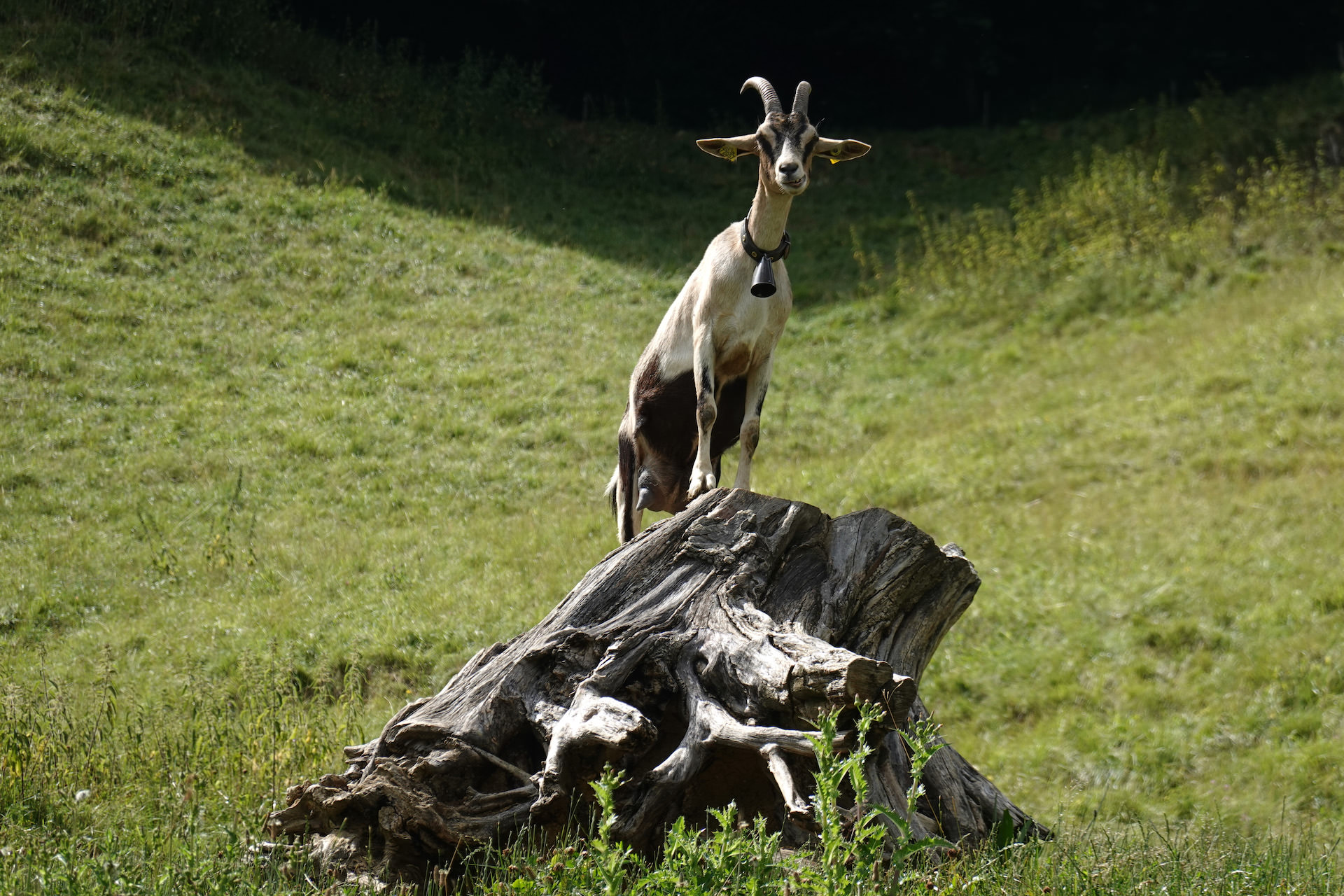 At low sensitivities, the Sony RX100 VI takes excellent photos, without visible noise and with lots of detail. The color reproduction is accurate but a bit boring with the standard creative style. If you want more contrast and saturation, then choose the creative style Vibrant. From ISO 400, slight noise becomes visible, but ISO 1600 is still usable. At ISO 3200 and higher, detail disappears and the colors become duller.

The lens performs like a typical ultrazoom lens: good, but especially in the center of the image. At the largest apertures, the corners of the image are less sharp, which – depending on your subject – may not be a problem. If sharpness from edge to edge is important, such as for landscapes, it is best to stop down to get the best performance out of the lens. 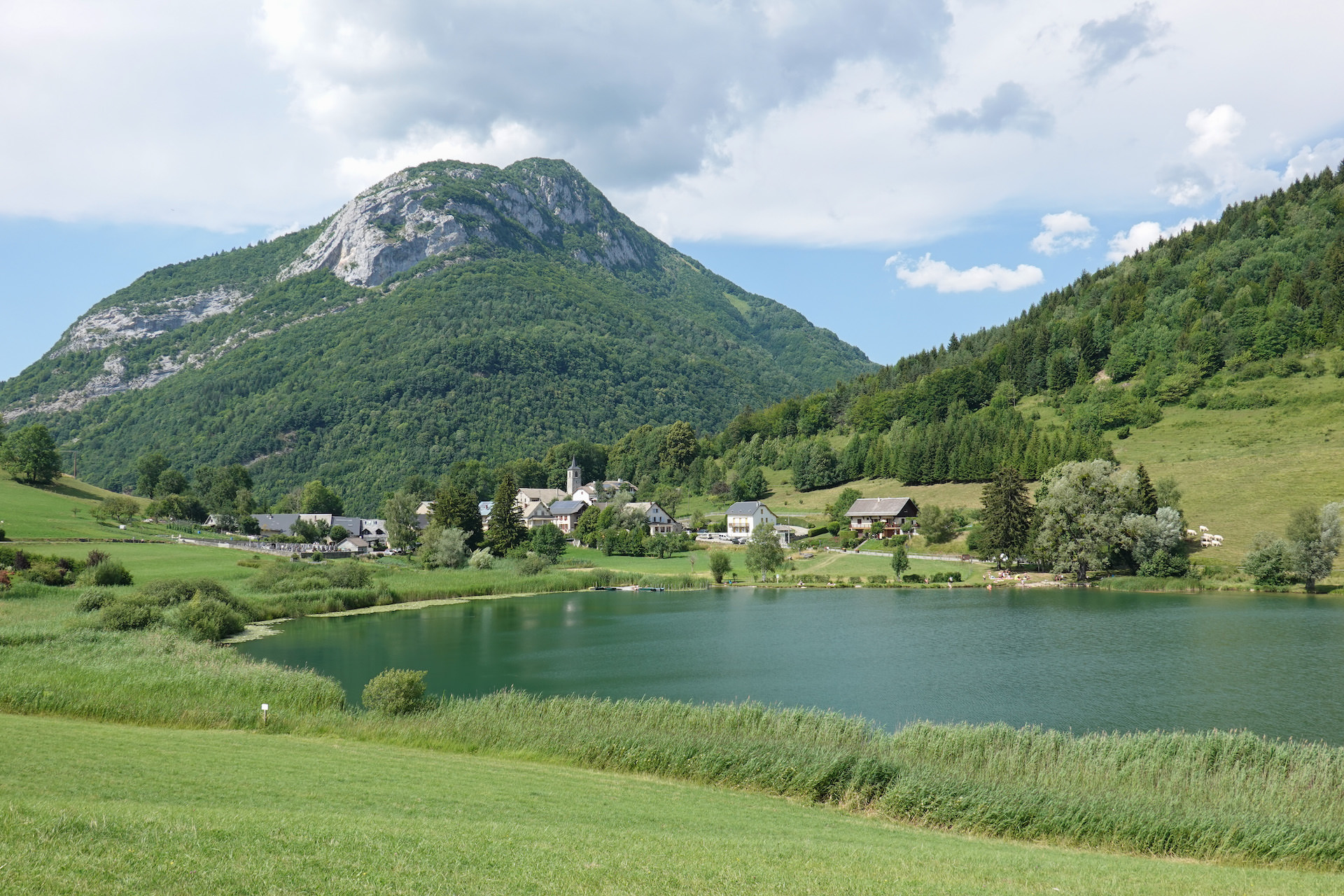 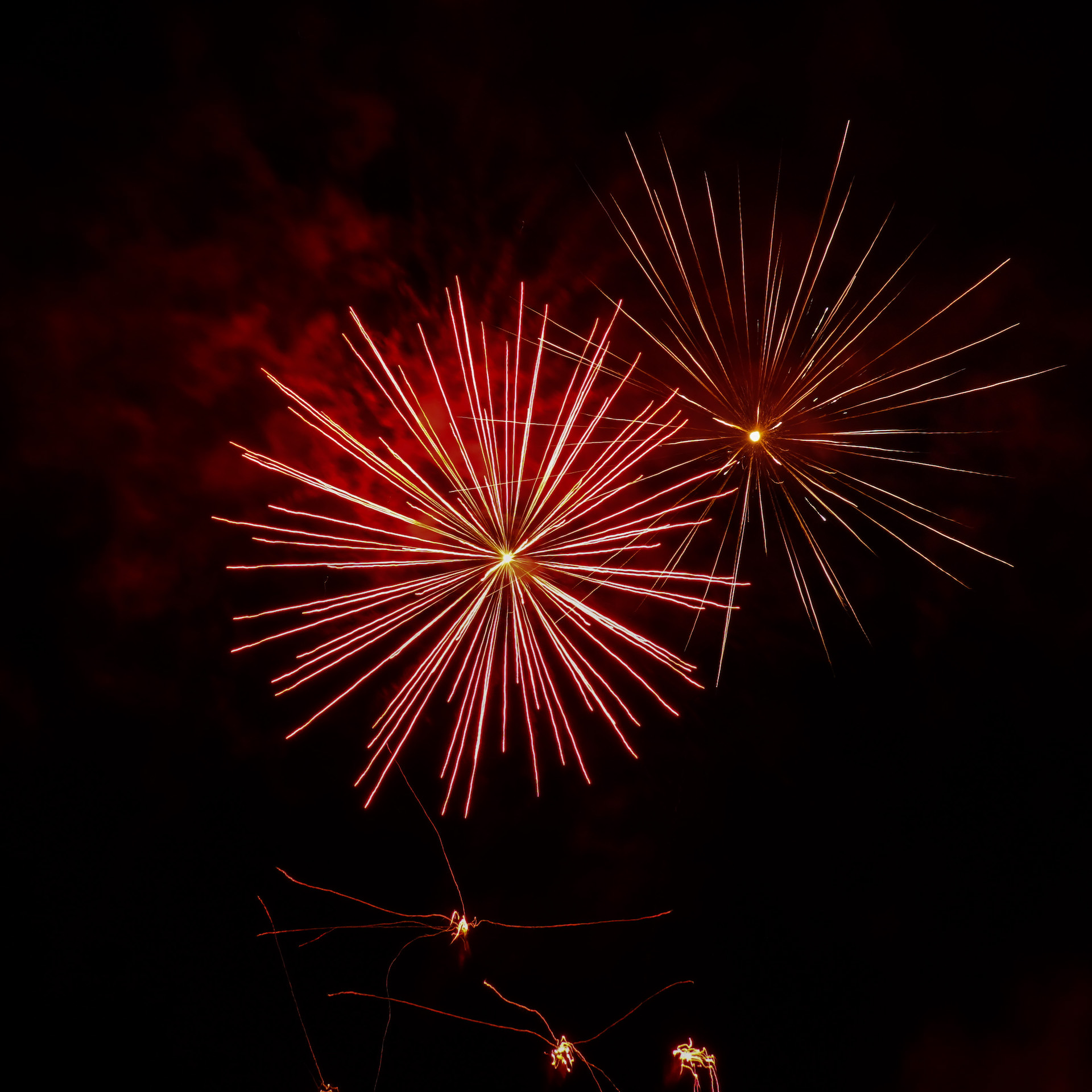 It delivers very good photo and video quality and top performance in autofocus and series shooting.

It is amazing that Sony was able to integrate so much innovation into the RX100 VI without compromising on the modest size and weight of the camera. It delivers very good photo and video quality and top performance in autofocus and series shooting. Even so, the Sony RX100 VI is not without flaws.
The operation and the menu can be better and simpler; all too often, I felt that I had to fight with the camera to take the photo I had in mind. The price may give you pause at 1,300 euros. For that money, you can get a solid system camera and a set of lenses – but that’s an extra kilo or more in your backpack. The previous RX100 models will remain available, so you have a choice. In its weight class, the RX100 VI is at least the best camera you can buy at the moment.