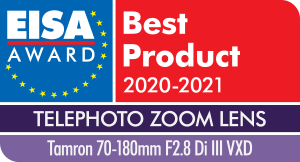 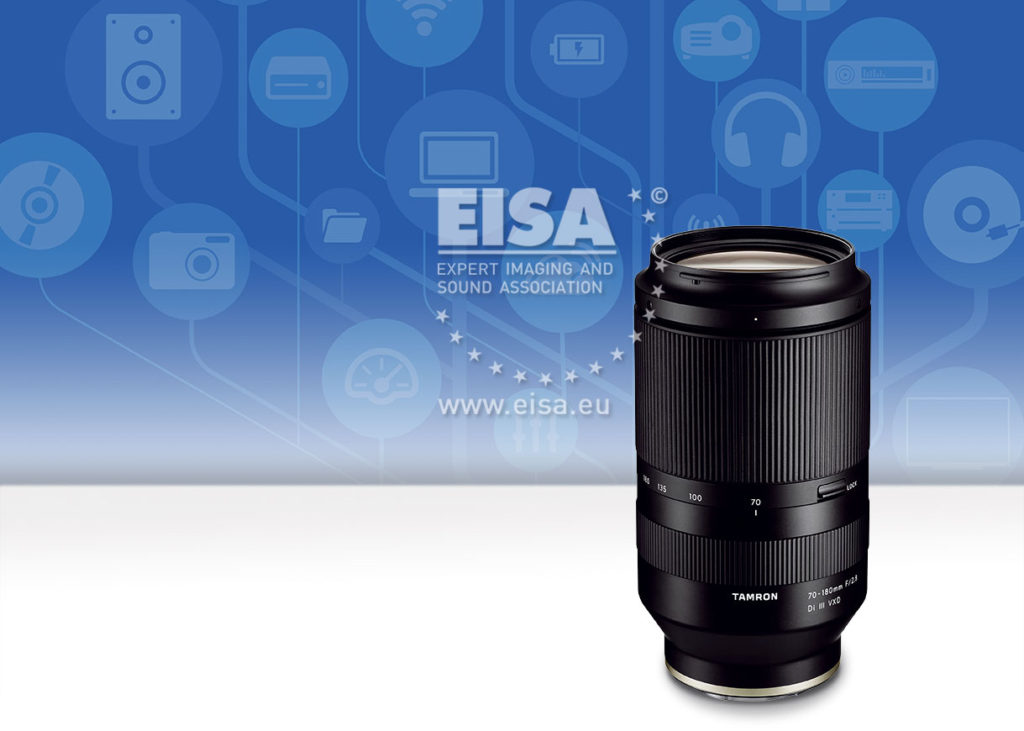 This Tamron lens is a classic telephoto zoom for Sony E-mount system cameras, with high brightness of F2.8. It delivers excellent sharpness and contrast across the entire image at all focal lengths, even at the largest aperture. The lens has a weatherproof construction with light but durable materials. The optical design uses various special elements and coatings, while a floating focusing system ensures sharp images, even at short setting distances. With a very quiet and fast autofocus mechanism, this lens is a bargain in its class, for both photography and video. 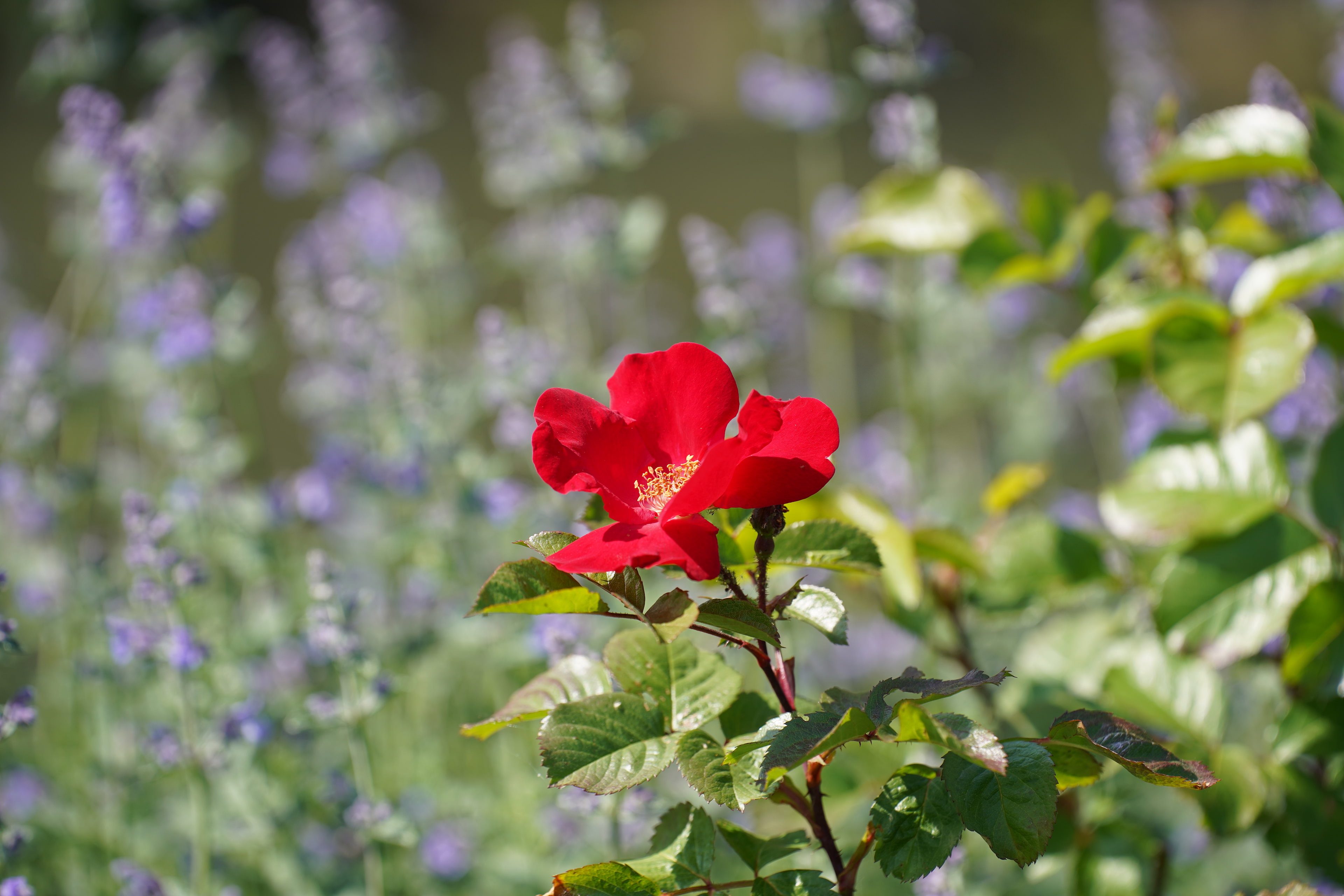 Tamron’s 70-180mm F2.8 Di III VXD completes Tamron’s trio of F2.8 zoom lenses for Sony E-mount cameras. It is light, compact and comfortably priced, but what compromises has Tamron made to achieve this?? 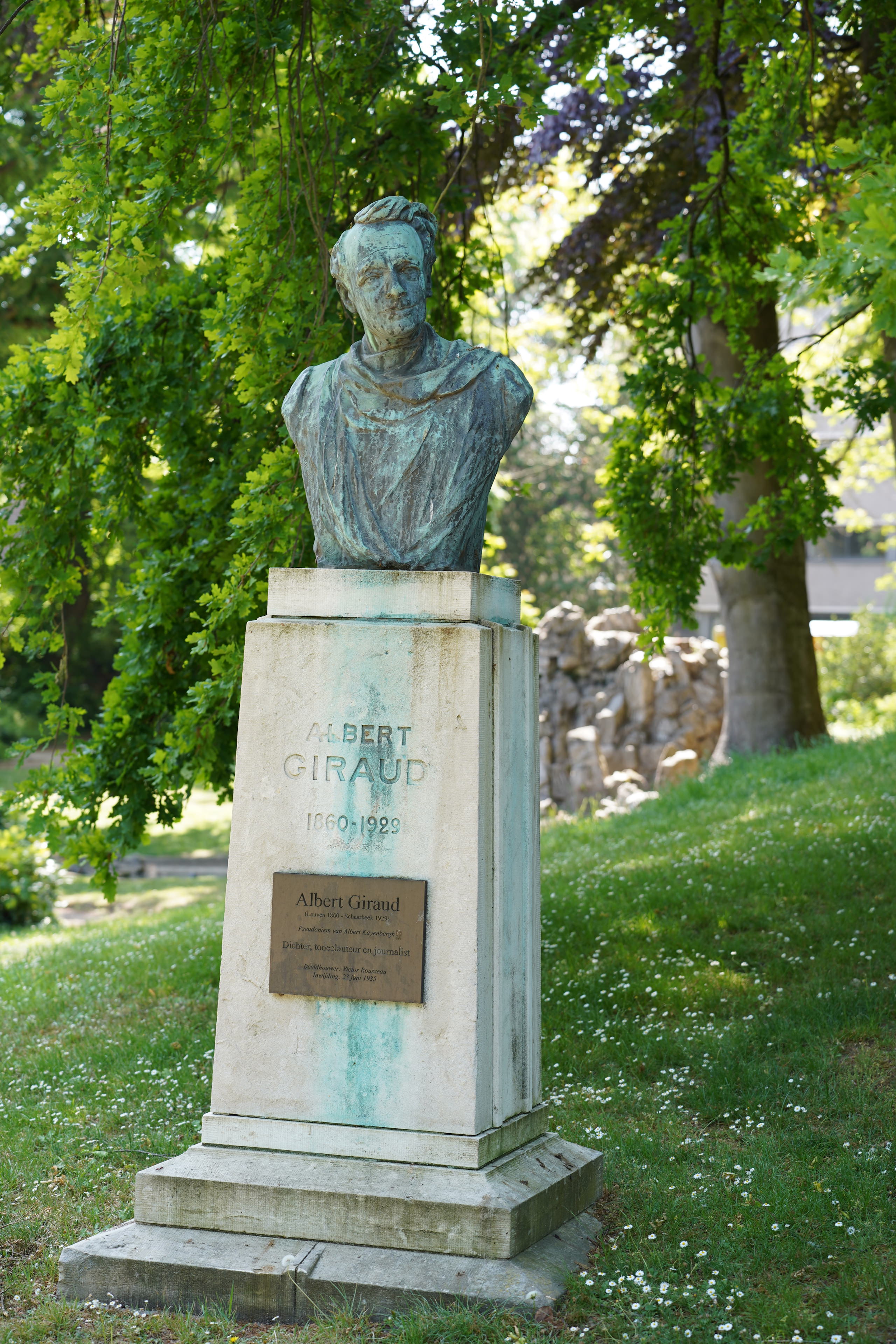 The design of the trio is identical: sober and functional. The 67 mm filter also matches. As a result, you do not have to purchase filters of different diameters, and a single screw adapter is sufficient for a filter holder. The front lens caps are also identical, so you will no grab the wrong cap when changing the lenses.

At 810 grams, the new Tamron is lighter than the Sony FE 70-200 mm F2.8 GM OSS (1,480 g), and it is even lighter than the Sony FE 70-200 mm F4 G OSS (840 g). Tamron is even talking about the world’s lightest and smallest telephoto zoom with F2.8 brightness for Sony full-frame E mount. It is also shorter than the latter (14.9 cm versus 17.5 cm), although Tamron cheats a little by letting the inner tube slide out when you zoom in. The lens has sealing rings that protect it against moisture and dust. The front lens has a fluorine coating that repels water and fingerprints, making it easy to clean.
Despite its low weight, the Tamron 70-180mm F2.8 Di III VXD is still largely sealed against splash water, dust and sand. 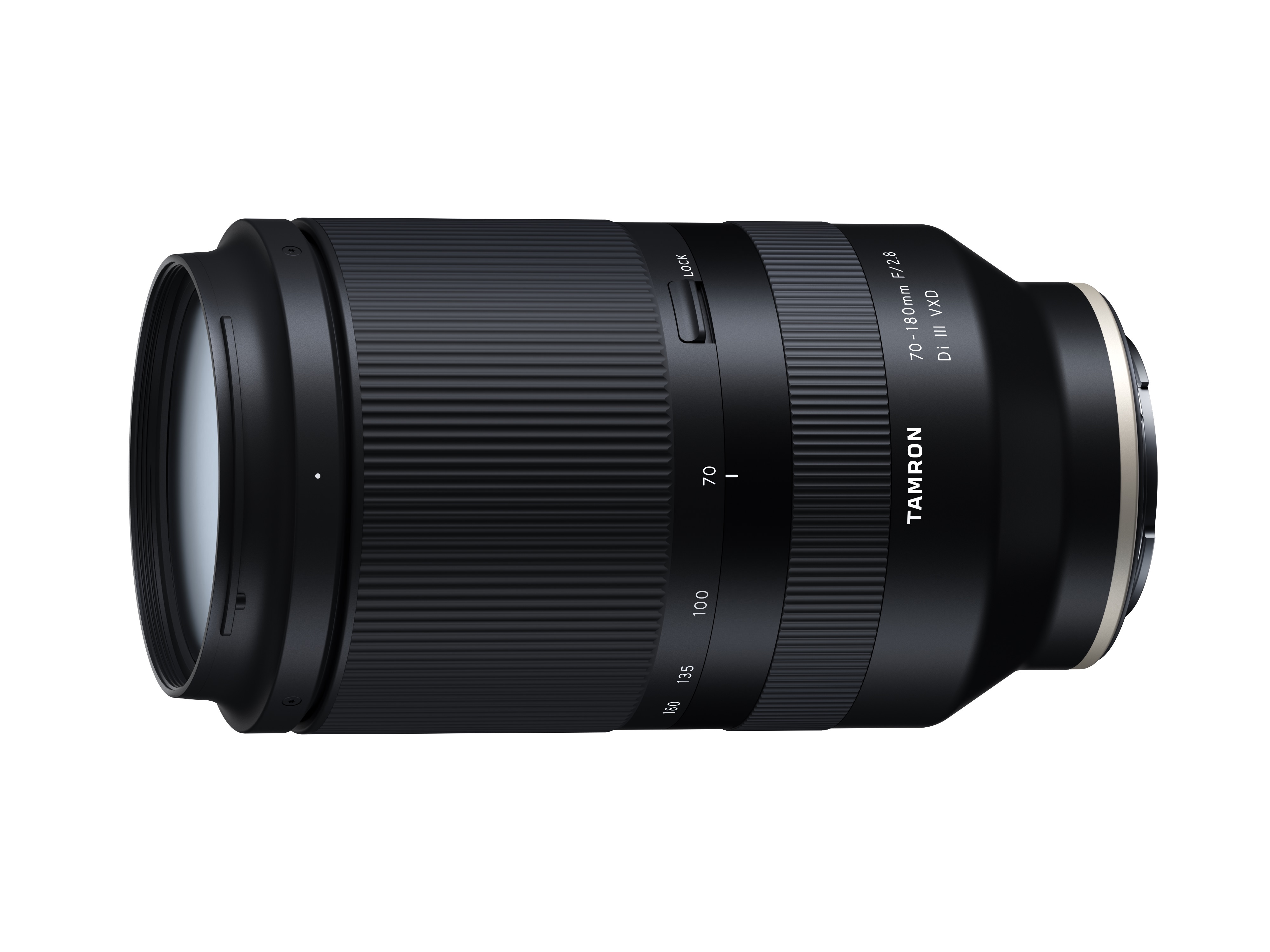 The minimum focusing distance is 85 cm over the entire zoom range of the lens when using autofocus. If you focus manually, it is possible to focus to just 27 centimeters in the 70mm position. The image scale is then 1:2, which offers beautiful close-ups with a blurred background. With the focus magnification or the MF Assist function on Sony cameras, it is easy to focus manually at a short distance. This unique function of this Tamron lens would have been even more useful if there had been an AF/MF switch on the lens. Instead, you have to switch between automatic and manual focusing each time via the camera menu (tip for those who often do this: assign the AF/MF-reg. switch function to one of the personalized buttons).

Another important difference from the two Sony FE 70-200mm lenses is that the Tamron 70-180 mm has no optical image stabilization. For the 17-28mm and 28-75mm, that’s not a problem because Sony’s system cameras have built-in image stabilization (IBIS). IBIS, however, becomes less effective as the focal length increases. I understand Tamron’s choice not to incorporate image stabilization, so that this lens remains light and affordable, but it does mean that as a photographer you have to be more careful when shooting by hand.

And then there is that one difference: the Tamron “only” zooms to 180mm, instead of the usual 200mm. Honestly, I’ve rarely missed the last 20 millimeters. Move a few steps closer to your subject and you have a similar field of view, with a minimal difference in perspective. Or – sensitive souls, beware – you can crop the photo a bit in post-processing. 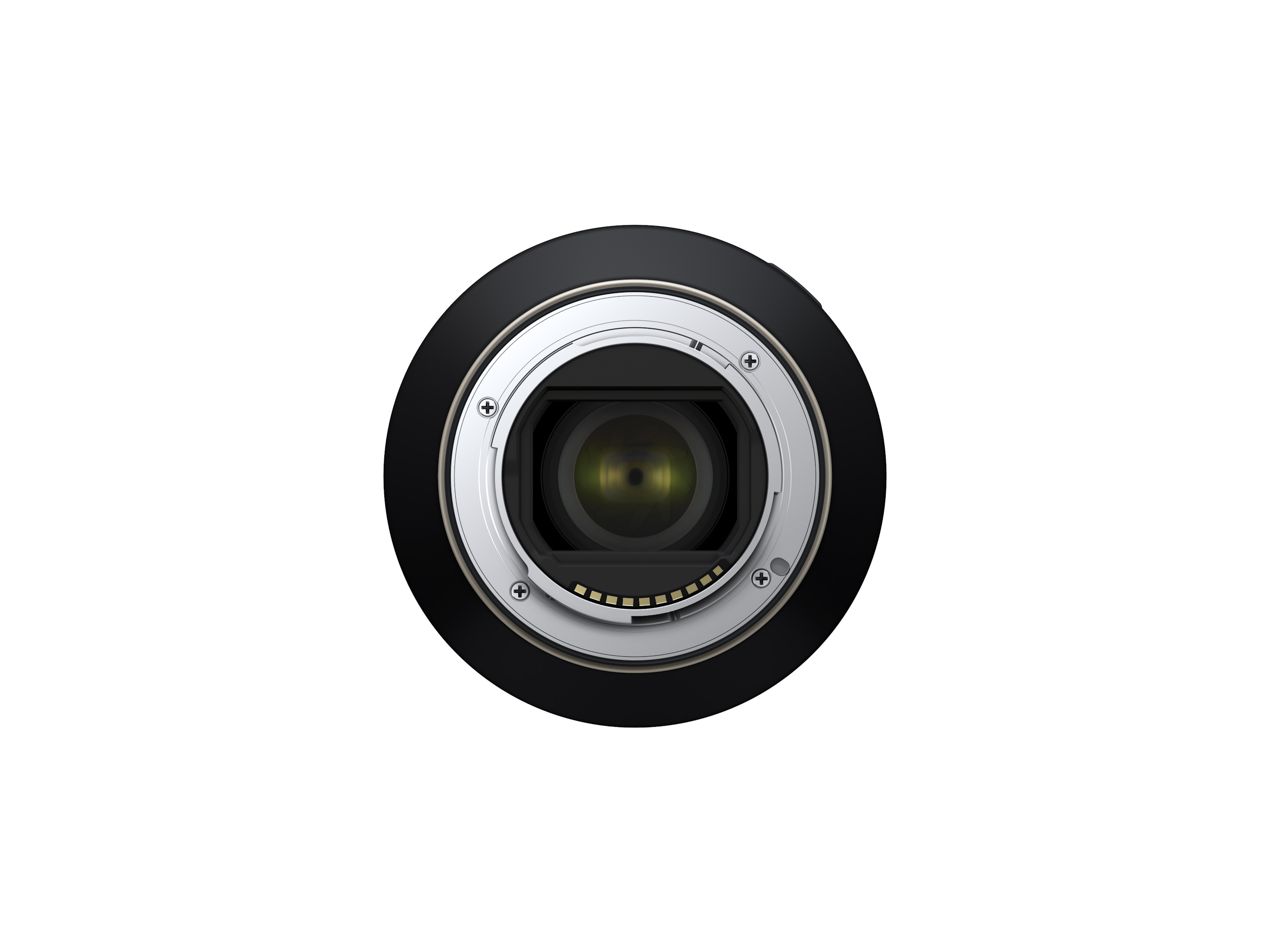 The lens was tested on the Sony A7 III. At the largest aperture of F2.8, the sharpness over the entire zoom range is very good. The background blur (bokeh) is pleasant and not too busy. No chromatic aberration appeared in my test photos. For jpeg and RAW files, an internal lens profile is applied that corrects vignetting and distortion. By switching off the corrections in a RAW developer, the pincushion-shaped distortion becomes visible at 180 mm. The vignetting is minimal over the entire zoom range. And as I said, thanks to the automatic lens corrections, it is already eliminated before the photo is on your computer.

The lens uses a new focusing motor, called Tamron VXD (Voice-coil eXtreme-torque Drive). A mouthful, but the most important thing is that it works accurately, quickly and virtually silently. The autofocus mechanism is compatible with Sony focusing functions such as Real-time Tracking AF and Eye AF.
According to Tamron, the autofocus is ultra-fast, precise and also (un-)remarkably quiet. Because of these properties, the 70-180 mm is also ideal for use in film productions. The minimum setting distance is 85 cm over the entire zoom range, and at 70 mm, you even get up to 27 cm, which gives you an image scale of 1:2. With this creative close-up mode, you can only focus manually, and the lens produces sweet spot images with the sharpness in the center blurred towards the edges.
A zoom range of 70-180mm is very suitable, in addition to sports photography, for portrait photography. Tamron has therefore applied a diaphragm with nine rounded lamellae, which makes the bokeh, or the blur in the background, beautiful.

Independent lens brands go to great lengths to increase their market share relative to the camera manufacturers. They do this by focusing on innovative products in which the ratio between price, quality and capabilities is better than that of the lenses from the camera manufacturer. The Tamron 70-180mm F2.8 Di III VXD is a great example.

The pincushion-shaped distortion (visible on the left) is automatically corrected via the lens profile. 180MM, F4, 1/800, ISO 100

The Tamron 70-180mm F2.8 Di III VXD telephoto zoom combines high brightness with compact dimensions, low weight and an attractive price. The image quality is very good, but not at the top level of the much more expensive Sony FE 70-200 mm F2.8 GM OSS. The lack of image stabilization forces you to pay more attention to your shooting technique.