The Nikon Z 14-30 mm f/4 S is the first (ultra) wide-angle zoom for Nikon’s Z system that can be used without adapters. The specifications alone make the Nikon Z 14-30 mm f/4 S very attractive. A nicely compact ultra-wide-angle zoom for full frame, less than nine cm long and less than a pound in weight, and on which you can use filters! And the build and image quality also show convincingly in practice what Nikon meant when the Nikon Z6 and Nikon Z7 were introduced with “Mirrorless reinvented: the revolution.”
​Click on the product for specifications, prices and test results.

With the Nikon Z 14-30 mm f/4 S, Nikon clearly shows what the benefits of a mirrorless system can be. For the Z-system, we already had the high-performing 24-70 mm f/4 S, which is very compact for transport, thanks to a retractable design. For all wide-angle enthusiasts, the 14-30 mm f/4 S has now been added. This lens has a similar retractable design, making the dimensions in your bag very small: 85 mm long and 89 mm diameter. This is the smallest full-frame wide-angle zoom with such a big field of view. This design does mean that you have to extend the lens before use, so that the length is a few centimeters longer during shooting. Equally special is the low weight of 485 grams. That is almost an ounce less than the equally slim, but slightly longer Sony 12-24 mm f/4 G lens. The latter then has 2 mm extra wide-angle range, but 6 mm less range on the other side.

What really sets the Nikon Z 14-30 mm f/4 S apart from all other super wide-angle zoom lenses is the flat front lens and the ability to use 82 mm screw filters. For other zooms with more than 16 mm wide angle, you’re dependent on special (expensive) adapters with filter holders for immense 150 mm insert filters. Mind you, the choice has become bigger in recent years, and prices have fallen somewhat, but a set of 150 mm insert filters with a corresponding filter holder is a whole package to take with you. And that’s not really ideal for travel and landscape photography, nor does it fit with the compactness of mirrorless camera systems. 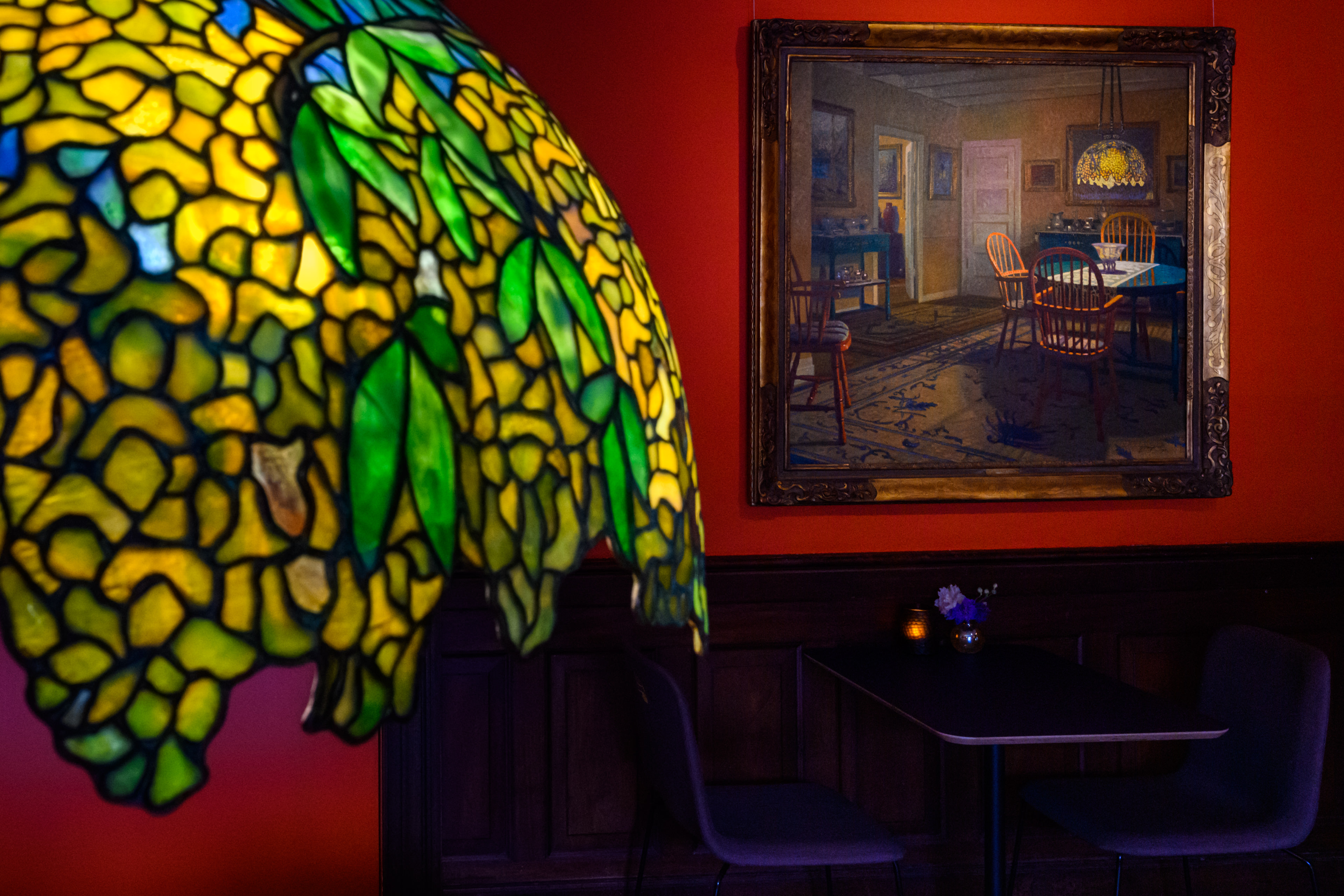 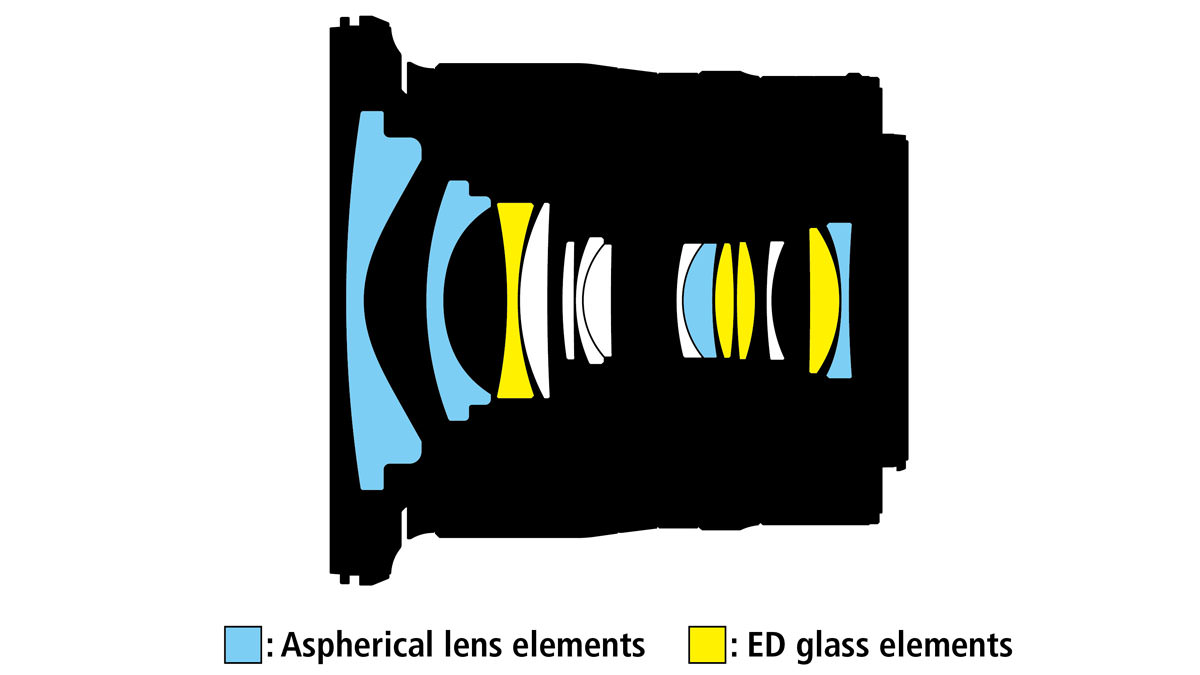 The Nikon Z 14-30 mm f/ S is a lens in the S series. That is Nikon’s designation for lenses for the Z cameras that must meet the highest requirements, both optically and mechanically. Despite its modest dimensions and low weight, the lens is equipped with gaskets to make it weather-resistant, including an additional gasket on the back to properly seal the connection to the mount. The fact that Nikon has opted for an extendable design does not mean that this is a cheap, plastic consumer lens. The suggested retail price of 1449.00 euros isn’t either. That makes it still considerably cheaper than the 12-24 mm f/4 G from Sony. The retractability of the Nikon Z 14-30 mm f/4S makes it very compact in your bag. The disadvantage is that you first have to turn the zoom ring before you can take a picture. If you work a lot with this lens or with the 24-70 mm f/4 S, it quickly becomes automatic. The front lens has a fluoride coating to make it moisture and dirt resistant, and the diaphragm consists of 7 blades. The lens has no image stabilization, that is already in the cameras. You can, however, program the focus ring to stop down or correct the exposure if you only use the autofocus. There is 1 switch on this zoom lens: autofocus on/off. The focus ring is nice and wide. You will not be mistaken about the use of zoom and focus ring. The zoom ring is closer to the camera and is so narrow that it is reminiscent of an aperture ring on a lens from the analogue photography era. 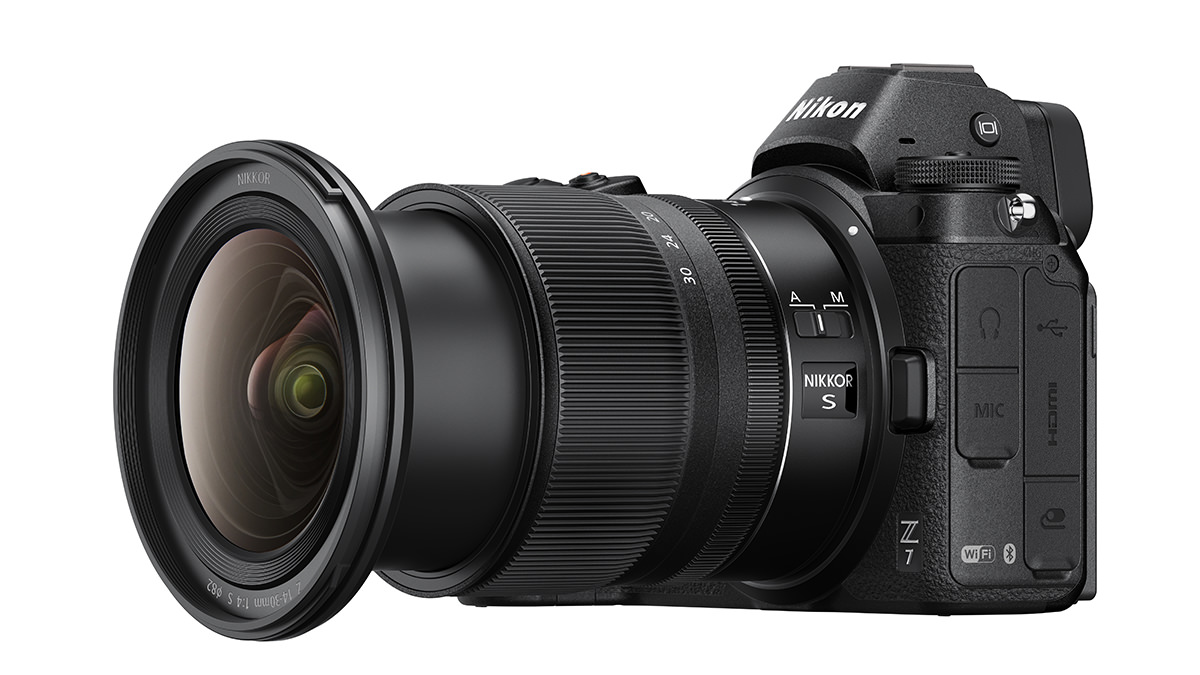 You might be tempted to think that vignetting has become less important because it can easily be corrected by the camera or software. What you then overlook is that the signal-to-noise ratio in the corners becomes worse after correction for vignetting. On SLR camera lenses, 2 or more stops of vignetting at full aperture occurs frequently in uncorrected RAW files. After correction of vignetting, the signal-to-noise ratio in the corners of the shot deteriorates by more than 2 stops, thus eliminating an important advantage of a full-frame camera.

The Nikon Z 14-30 mm f/4S lens design is spectacularly good when it comes to vignetting: you can now also enjoy the high signal-to-noise ratio of the full-frame sensor in the corners. Not surprisingly, vignetting is highest at 14 mm and in particular at f/4, where vignetting can be visibly present in some shots. Above 21 mm, the vignetting without corrections at all apertures is half a stop or less. Unique! 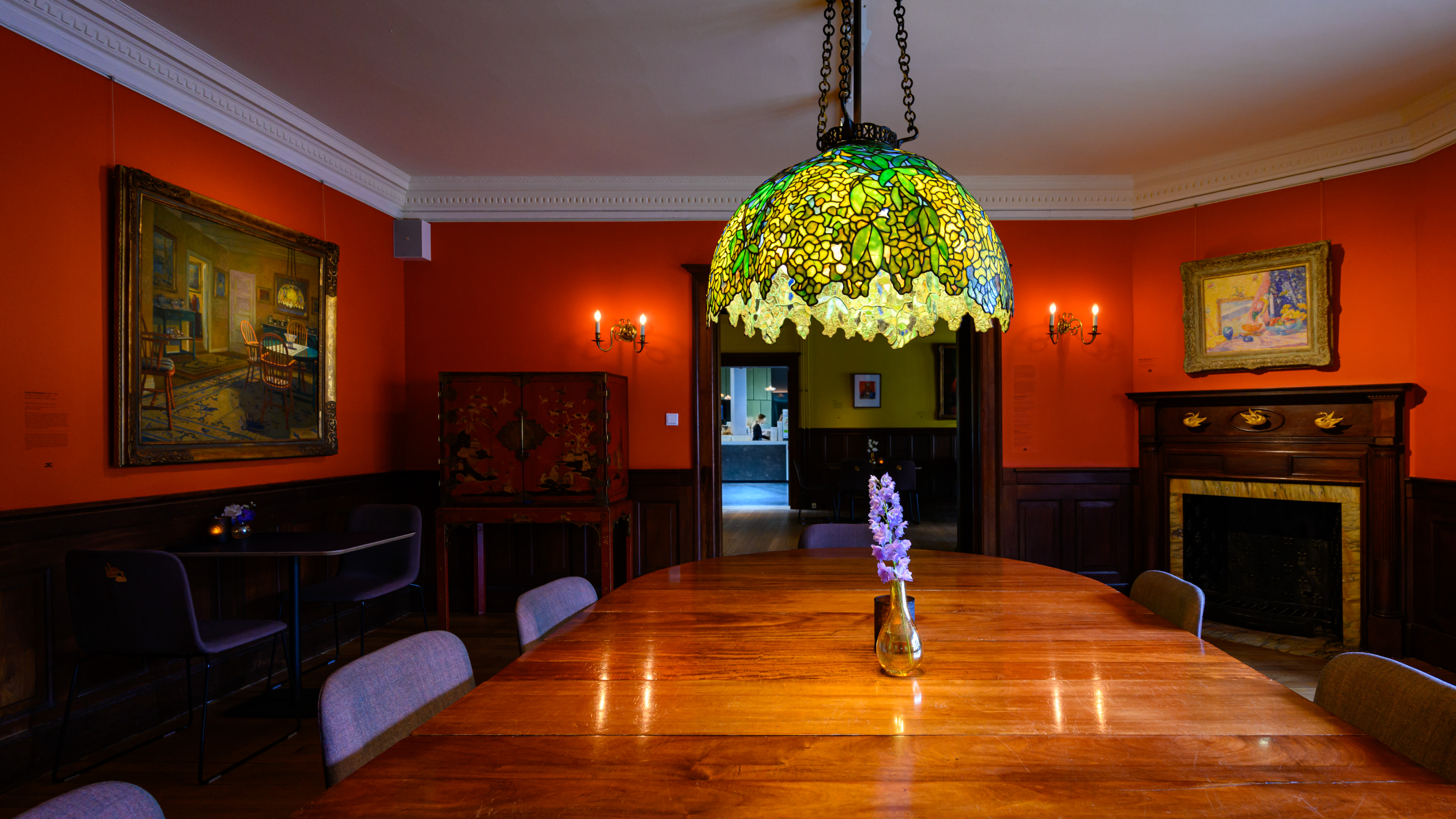 As far as sharpness is concerned, the Nikon Z 14-30 mm f/4S and the Nikon AF-S 14-24 mm f/2.8 G ED are evenly matched. The Nikon Z 14-30 mm f/4S is sharper at full aperture, but that is not a fair comparison. If you compare the two lenses at f/4, the differences are already much smaller. At f/5.6, center and edge sharpness are the same in practice (the Z14-30 is measurably sharper, but the difference is too small to see), but in the corners, the Z 14-30 mm is still sharper. 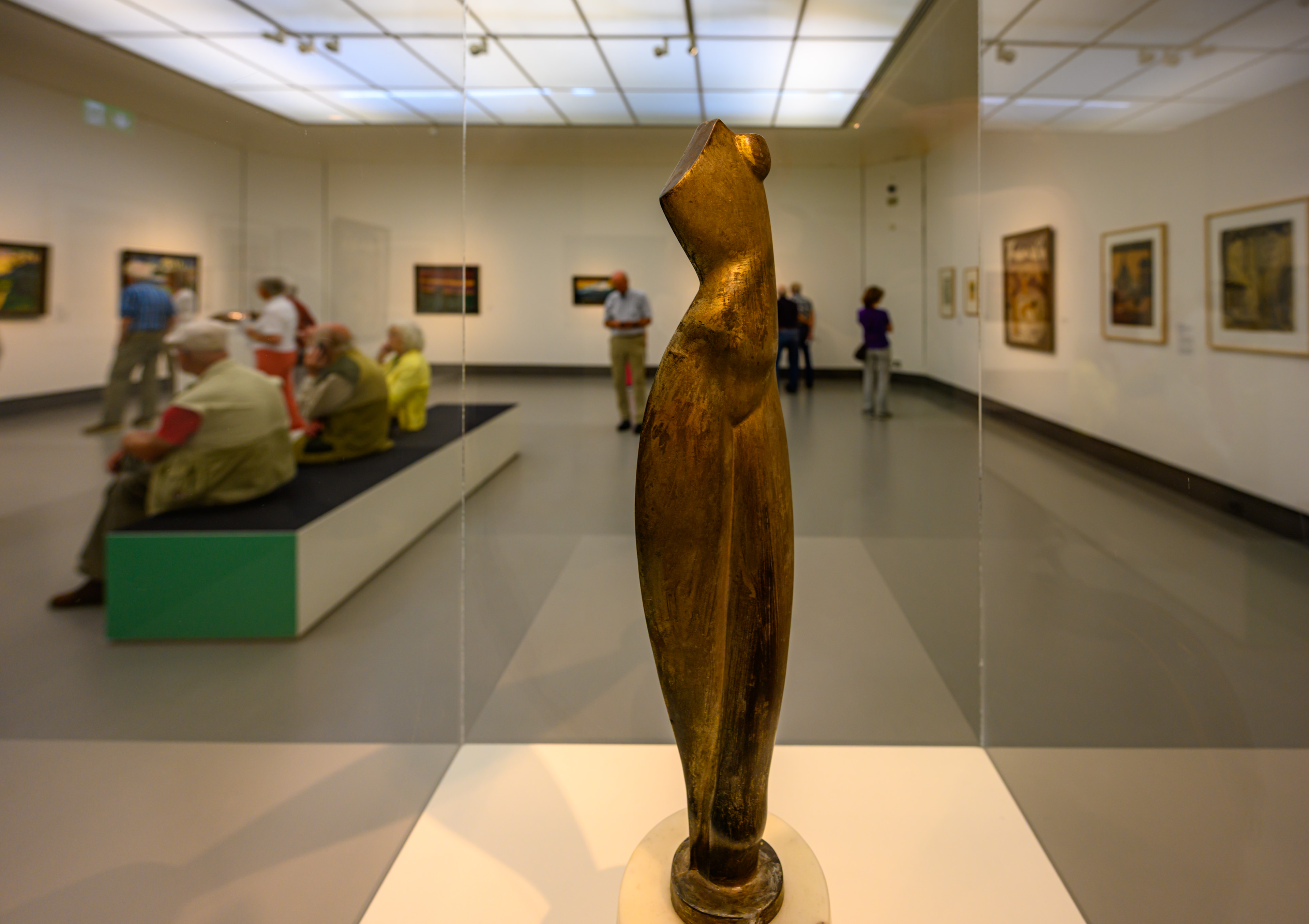 Curious about the performance of the Nikon Z 14-30 mm f/4S in practice? Click on the button below and visit our renewed web gallery with sample images. The images can be downloaded in full resolution to be viewed at 100%.

Nikon Z 14-30 mm f/4 S: spectacular wide-angle zoom with which vignetting and less sharp corners have become a thing of the past.