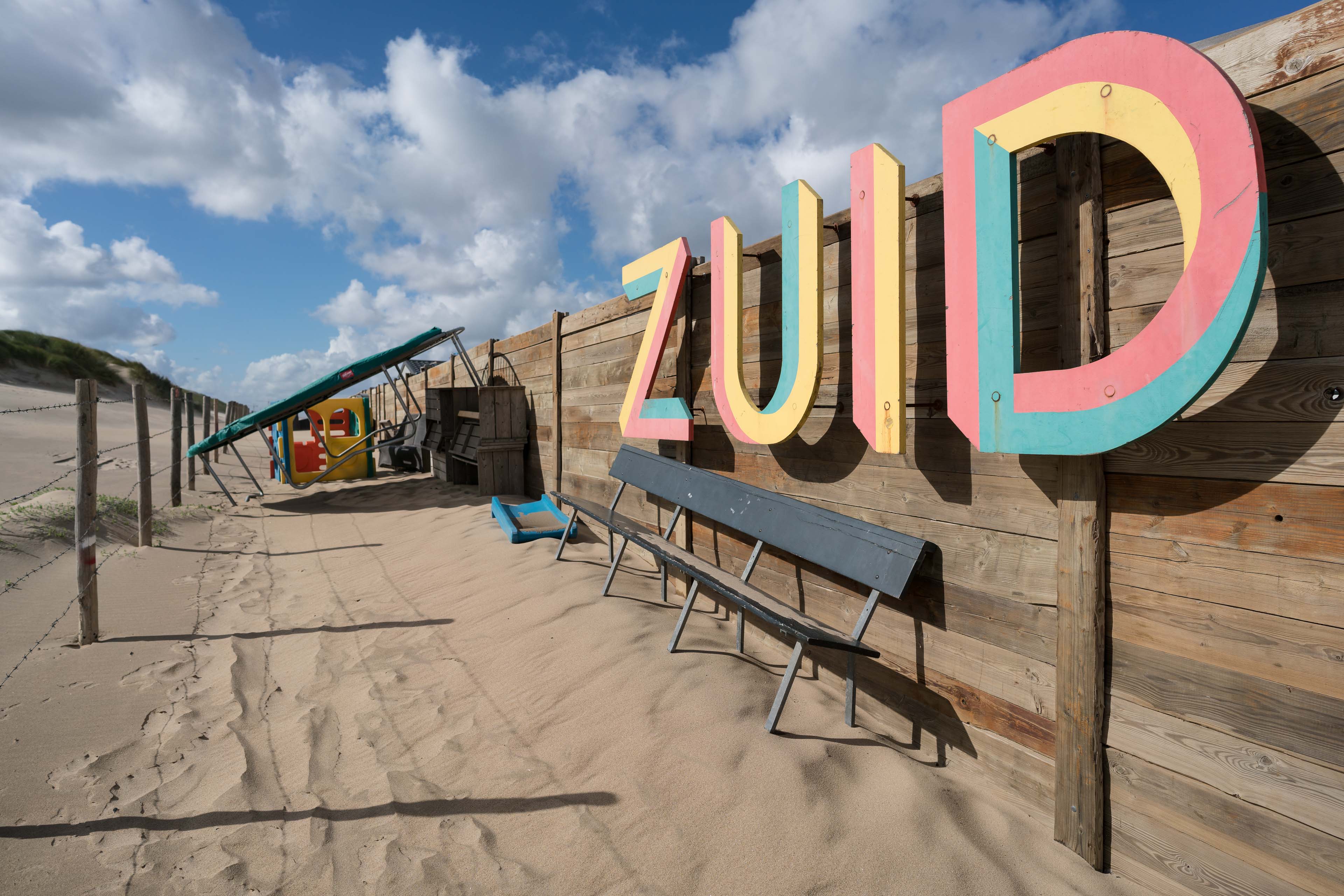 Zeiss is known in the photo world as a manufacturer of high-quality lenses for both SLR cameras and mirrorless cameras and even the Leica M-series. However, the company did and does much more. Carl Zeiss started in Jena in 1846 as an instrument maker and supplier of glasses, precision scales and telescopes. Due to the high quality of his products, he drew many customers. Zeiss had to hire staff within a year to increase production.

He also started to focus on microscopes. Zeiss is still one of the world players in this field. This is partly due to the research that Zeiss did in collaboration with Ernst Abbe of the University of Jena. The formulas that they drew up made it much easier to design complex optical structures. Until then, making a good microscope, for example, was mainly a matter of trial and error. The company continued to grow and became a major producer of all sorts of products incorporating optical glass, from lenses to glasses, microscopes and telescopes. But the company is also strong in medical equipment and semiconductor technology. After the Second World War, the company split into two parts, one in East Germany and the other West Germany. The fall of the wall not only reunited many German families, but also both halves of the Zeiss concern. That was not easy. The two halves each made products that also competed strongly with the other side, and it took a number of years in which substantial losses were suffered before the company was streamlined.

From classic to modern

Zeiss seemed to lag behind somewhat in the photographic field around ten years ago. The company made lenses for Canon and Nikon SLR cameras that were optically and mechanically excellent, but those lenses did not have modern features such as autofocus or image stabilization. The same was true for the separate sets of lenses for cameras with a Leica M mount. The image quality was particularly good, and the mechanical quality was excellent thanks to the all-metal construction with long, smooth threads. But they were lenses for purists who wanted to work just like they had ten, twenty or thirty years earlier. Zeiss, however, has been working on an enormous change for the last five years. The Zeiss Touit lenses were the first harbingers of this in 2012. These lenses, with their unusual name, were initially made for APS-C cameras and were available in Fujifilm and Sony E mount. Zeiss had not previously made lenses for this format or these mounts. The focal lengths were also new for Zeiss, including a 12 and a 32 mm. And most of all: they were also autofocus lenses! The unusual design of the Carl Zeiss Touit 2.8/12 wide angle was also striking. The flaring front turned out to be a harbinger of lenses that were yet to appear.

The eyes of the owl 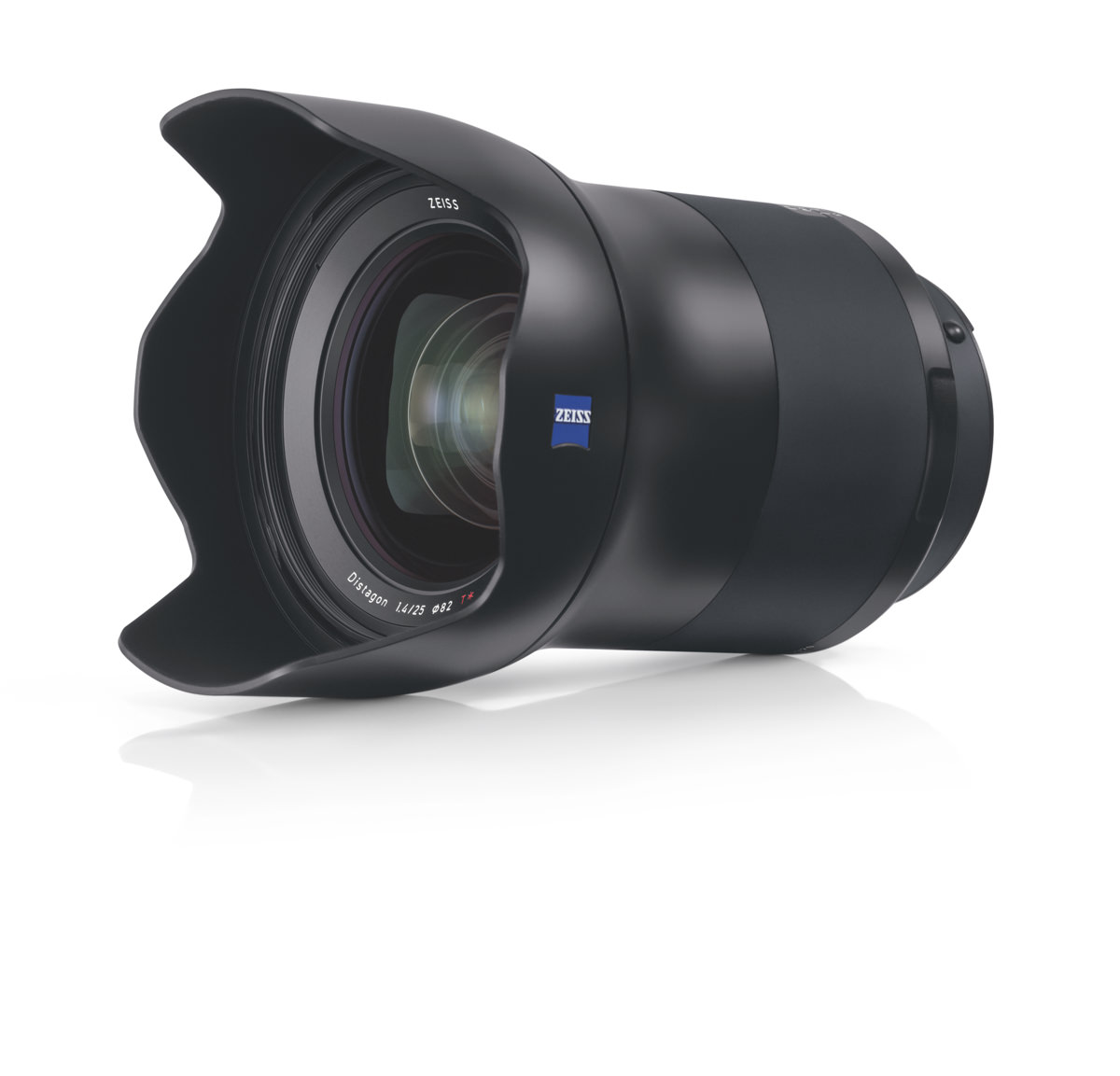 What makes a brand unique?

Every brand has its own character. Sometimes, that leads to unique products, with a DNA characteristic of that brand. Because the scores of our tests are based on measurement results, non-measurable properties are underexposed in the final scores. That is why we are trying to describe the DNA of a few brands based on our practical experience.

In 2013, Zeiss surprised photographers with the first Zeiss Otus, the 1.4/55. This was the second series from Zeiss, after the Touits, that bore the name of a bird. This lens had no autofocus but the smooth design of the Touit lenses. The Otus was designed with only one goal in mind: highest image quality. And all tests showed that the Otus 1.4/55 set a new standard in image quality. The 1.4/55 was accompanied by a 1.4/85 and a 1.4/18. The Otus lenses are available for Canon and Nikon. A year later, in 2014, the first Zeiss Loxia appeared for mirrorless full-frame Sony cameras. Where the Loxias could only be focused manually, the Zeiss Batis lenses for Sony E mount that appeared in 2015 did have autofocus. Zeiss had therefore released four new lens series in three years, two of them with autofocus. And they didn’t stop there. In 2015, the first Zeiss Milvus lenses for Canon and Nikon also appeared. These are the successors of the classic Zeiss lenses. The Milvus lenses still do not have autofocus, but both the design and the optical designs are completely up-to-date, and the image quality is, as with the classic versions of their time, again trendsetting. 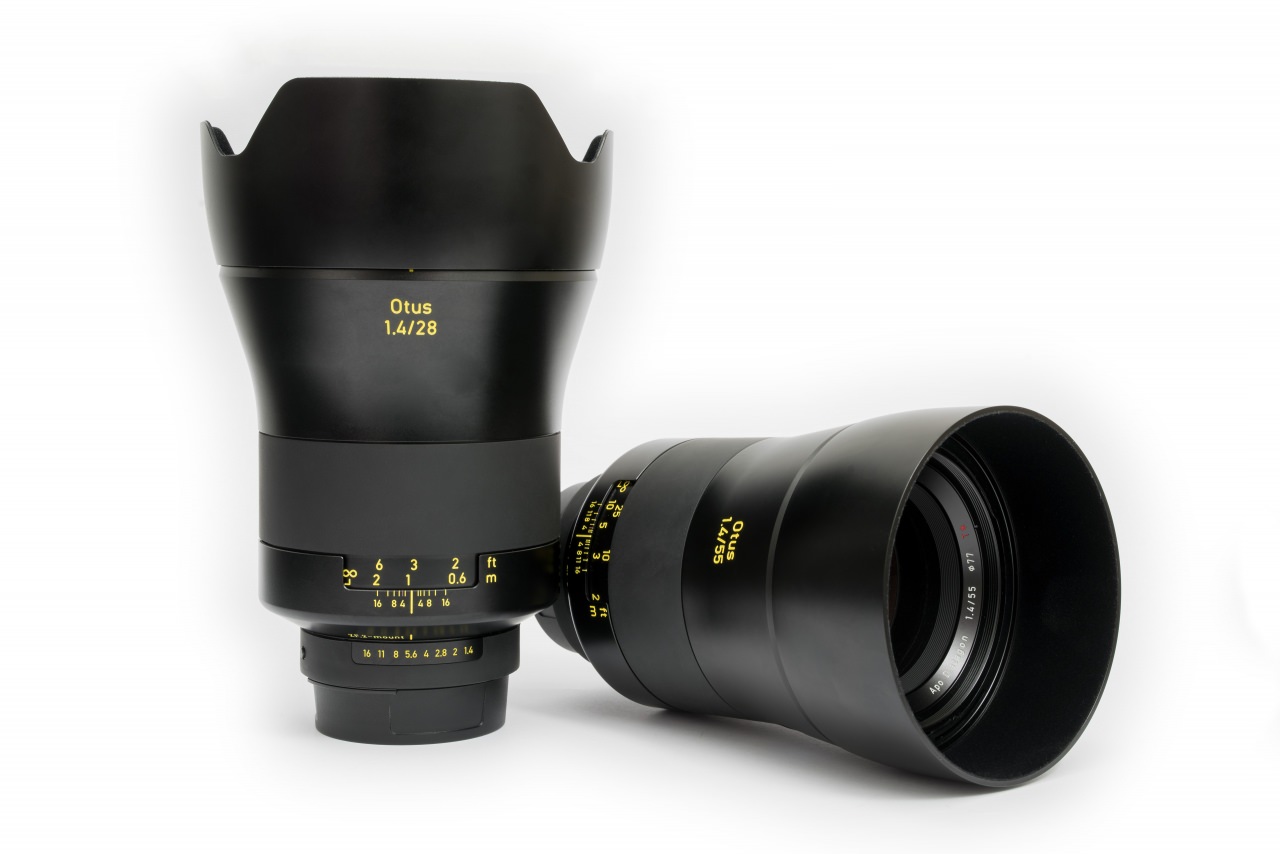 Zeiss has worked with various camera manufacturers for a long time. The famous lenses for the 6×6 Hasselblad and the Contax 645 were designed by Zeiss. Zeiss has a special collaboration with Sony. On the one hand, Zeiss makes its own lenses exclusively for cameras with Sony E mount. On the other hand, a number of zoom lenses and fixed focal lengths from Sony have been designed by Zeiss. This applies, for example, to the 16-35 mm f/4, 24-70 mm f/4 and the 55 mm f/1.8 and 35 mm f/2.8 pancakes. The zoom lenses on the Sony RX100 and RX10 and the beautiful 35mm f/2.0 Sonnar of the RX1 are also designs by Zeiss. 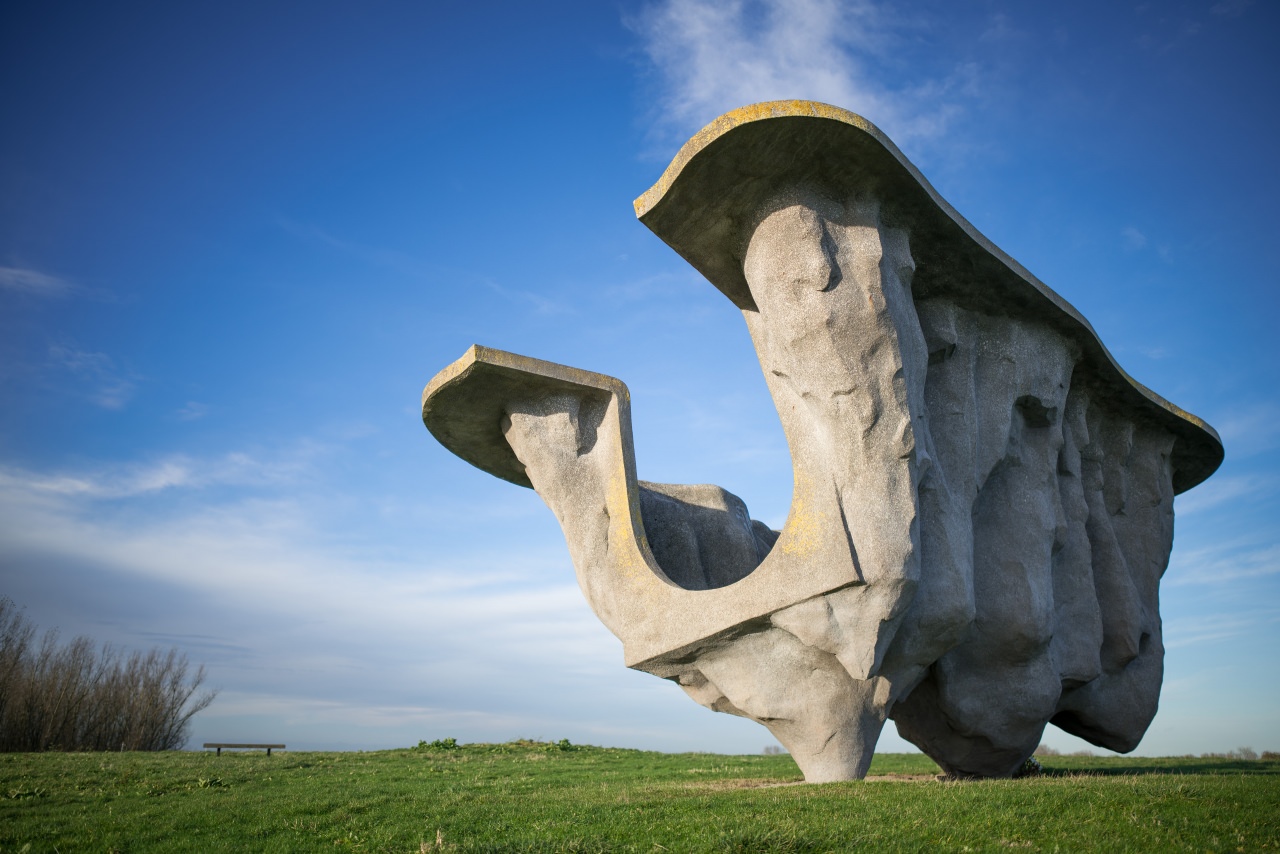 What makes Zeiss lenses so special? Fans of the “Zeiss look” swear by the full, saturated colors and the high micro-contrast that characterizes almost all Zeiss lenses. Those enthusiasts often talk about the “3D pop” of Zeiss lenses. By that they mean that the lenses provide an almost three-dimensional image. This is partly due to the high micro-contrast of the lenses. But it is also caused by the fact that the current Zeiss lenses are all fixed focal points with a reasonably high brightness and a beautiful bokeh. Vignetting at full aperture is also part of the typical Zeiss character. Where many manufacturers try to minimize the vignetting (or eliminate it with lens corrections in the camera), Zeiss seems to see vignetting as something that can give character to images. The vignetting ensures that the center of your photo is a bit lighter. You can use that to guide the viewer’s gaze to your subject. If you do not want vignetting, you can always remove it in post-processing, or simply stop down a few stops. The Otus lenses are the top in the field of image quality. Even at full aperture, these lenses are sharp from corner to corner and free from lens errors.

The Zeiss lenses are also top class mechanically. You can clearly see and feel this with the classic Zeiss lenses with their all-metal construction. But the new autofocus Zeiss Batis series is no less impressive. Due to the electronics required for the diaphragm and autofocus, the Batis lenses are naturally equipped with extra seals against moisture and dust so that you can use them with confidence in bad weather. A special feature on the Loxia lenses and the Milvus lenses in ZF.2 is the possibility to make the aperture clickless. Just like the traditional lenses and Otus lenses in Nikon mount, they have an aperture ring. For photography, you can have it click, so that you can easily open or close the aperture one stop by feel. For video, you can make it clickless, so that you can continuously adjust the aperture. Another special feature of the Loxia series is that the four lenses that make up the series all have the same diameter. This is useful if you use them in a video rig with a follow focus. You don’t have to adjust anything when you change lenses. A unique detail on the Batis lenses is the OLED screen. You can read the depth of field on this. If desired, this can be done in meters or feet, but the best thing is that the lens takes into account the sensor used. On a 42-megapixel A7RII, the lens indicates a different, smaller depth of field than when you use it on a 12-megapixel A7S.

Zeiss has had a great reputation in the optical field for a long time. And with modern lenses, they still live up to that reputation. We tested the Otus objectives in practice and were impressed by the results. It is not only the high sharpness of the Otus lenses that is special, but also the absence of lens errors, the beautiful bokeh and the overall way in which they render a picture. Since the release of the Otus series, more brands have released lenses that try to match the image quality of the Otuses. For those looking for a very good 50 or 85 mm, there is now quite a bit of choice. But the 28mm f/1.4 Otus still has no competition. The Zeiss lenses we had in the test lab also scored exceptionally high. One of those lenses is the Zeiss Batis 2/25mm. We found the autofocus to be in a class of its own, and the low chromatic aberration and distortion are unusual for a wide-angle lens. The Zeiss Batis 1.8/85 also scored high. The sharpness is already very good at full aperture and remains high over the entire aperture range. This lens also has virtually no problems with lens errors, and, as a bonus, it also has built-in image stabilization.

A third Batis that we tested, the 2.8/18, confirmed that Zeiss has achieved something special with the Batis series. It has a little bit of barrel distortion and some vignetting, but that is also the only thing you can critique about it. The 18 mm is sharp to the corners and has virtually no problems with lens errors. We have also tested a Loxia series lens, the 2.4/85. This lens is less bright than the Batis, but it scores even higher in terms of sharpness. And despite the somewhat lower brightness, the bokeh at full aperture with this lens is still very beautiful. Those looking for a slightly longer lens with a beautiful bokeh could take a look at the Zeiss Milvus 2/100M. This is the only 100mm macro with a brightness of f/2.0. This lens is therefore simultaneously a high-quality macro and an excellent portrait lens with which you can beautifully blur the background.